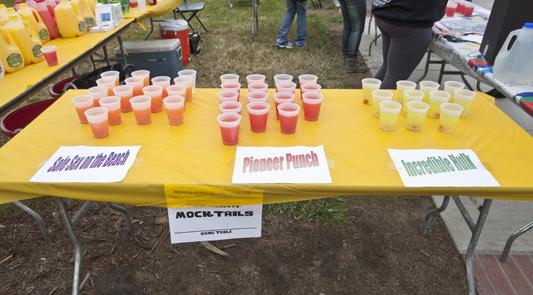 Soberfest 2011 made a buzz on campus, entertaining and educating students and faculty with various demonstrations on overall health and safe practices that they can implement into their daily lives.

“Block party” was the theme for this year’s 10th annual Soberfest, where the event featured four different blocks from various health issues, ranging from the alcohol related to other topics such as sun protection and sleep health.

Onlookers at Wednesday’s fest maneuvered their way through the various sections, while being entertained by the Wild 94.9 radio station that was on hand at the event, along with various performers atop Agora Stage.

The University Police Department hosted a re-enactment of a drunk driving car accident, demonstrated with the “Jaws of Life,” which gave onlookers a visual of a real-life scenario that brought the very eminent hazards of drunk driving to life.

Health Sciences major Jeanette Amador, a participant in the illustration, said she felt the event created a very positive atmosphere for students, as well as a place to be active in their knowledge on how to lead healthy and productive lives.

“I learned that it is something that you don’t ever want to be a part of,” said Amador.

“Students would think that these scenarios would be a joke unless they actually see or experience that for themselves,” she said. “An event like this can change their mind-set or at least give them information.”

On one side of the car was a statistic that read, “This year 10,839 people will die in drunk driving crashes,” according to the Mothers Against Drunk Driving Organization.

Various police officers and fire fighters were present at the event, where they were accessible for questions and concerns of students.
For CSUEB University Police officer Ray Lashley, teaching students about the negative and dangerous implications of drunk driving takes on a personal issue.

“If we can prevent one person from drinking after they’ve experienced an event like this, then we’ve been successful,” said Lashley.

Lashley, who worked for the Alameda County Sheriff’s Department for over 20 years, says he remembers “vividly” the day when his 21-year old cousin died as a result of driving while intoxicated.

“I hope people would realize that driving drunk doesn’t just affect them, it affects everyone else as well,” he said.

“The fact that you killed someone and affected their families is something you have to live with for the rest of your life. That’s something you can never walk away from.”

The party smart block, or better known as the “Jersey Shore” block, presented teachings about alcoholic serving sizes, what kinds of food to eat while drinking and encouraged the use of condoms for sexual activities.

The health block or the “Grey’s Anatomy area,” showed students various practices on keeping a healthy lifestyle, by informing them on the hazards of too much sun exposure and presenting healthy eating options.

The ESPN Zone advocated recreation and outdoor activities as an alternative to drinking, with a basketball hoop activity that showed how impaired your vision and judgment can be as a result of intoxication.

The last block on the trail was the enforcement block or better known as the “Cop Block, ” which educated students on the dangers of drinking and driving. 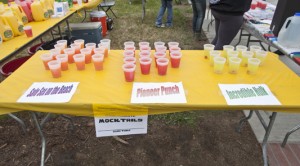 Manager of the CSUEB Health Services Jennifer Miranda expressed her satisfaction with the event and how important it is to the campus body.

“We really wanted to teach prevention methods to students and ways that they can keep themselves healthy,” said Miranda.

“It’s an important and much anticipated event every year and a way to really bring the campus community together.”