Joaquin Phoenix is no joke in new film 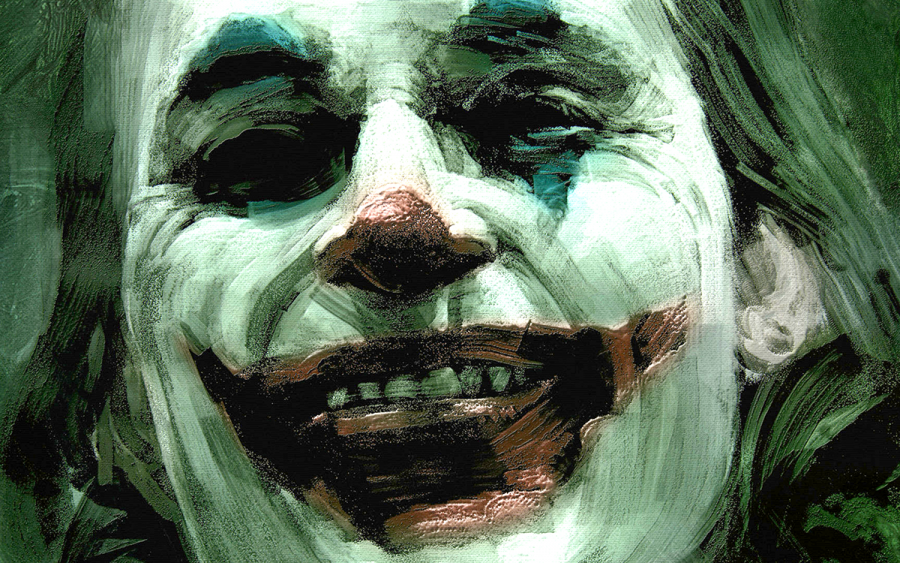 Joker is disturbing masterpiece that you want to take your eyes off but just cant.
It’s midday in Gotham city and the employees of the Ha Ha Entertainment Company vigilantly get ready for work. One employee sits staring at himself in the mirror, smearing his face in white greasepaint. Using his fingers, he forces a smile on his lips. A broad unhappy smile, one that conveys a hidden agenda.
Uneasiness. Unhappiness. Uncomfortable. Genius. That is the simple description of the feeling you will have while Todd Phillips latest film Joker.
The film focuses on Arthur Fleck, a mentally disturbed and aspiring comedian with a disorder which causes him to cackle uncontrollably in a Joker esque manner.
Joaquin Phoenix stars as Fleck, who later goes by Joker. To say Phoenix’s portrayal of the titular character was groundbreakingly Oscar worthy would be an immense understatement. Phoenix takes the portrayal of a person with a mental disorder to a new level. He fully submerged himself within the role, fully embodying the Joker both mentally and physically, from his thin frame to his bone chilling laugh.
Fleck is a lonely man who has been picked apart by society time and time again until he finally snaps. His many mental issues make human interaction almost impossible for him including with a psychologist. Most of the interactions he has with society furthers his descent into madness.
The portrayal was so real and iconic that it feels like your watching a sad documentary on a man with mental disorders. When the character fully personifies the Joker in the film’s climax, it is both satisfying and uncomfortably celebratory. Phoenix makes the character connect to the audience so you almost want to see him lash out and reap his revenge on the world that has thrown him to the side.
While Phoenix’s portrayal was phenomenal and, while some argue it was the best Joker performance to date, Phoenix also has an all star cast backing him up to help carry this film. The stars include Robert De Niro, Frances Conroy, Brett Cullen, and up-and-comer Zazie Beetz of Deadpool 2. The supporting characters all play a key role in the Joker’s full embracement of madness and all actors gave unequivocal chilling performances. Each actor brought their own style to each character, which allowed them to mesh together and form a cohesive film.
As a whole, the film will remind you of that feeling you get when you see someone injured, or when you witness a horrible accident and you want to look away but you can’t. It entices you and allows even the most uncomfortable moments to become either sympathetic or disturbed to the point where you are left wondering “What did I just see?”
Phillips directing style was so superb that at times you forget that the film is even a Joker movie. It felt like it could be its own story outside of the DC Extended Universe and Batman lore. It shows a side of a person who is so crazy and finally decides to stop being ignored by stealing the spotlight and casting it on himself by any means necessary.
Overall, Joker is a movie worthy of it’s praise and should not be missed. Phoenix really put his all into this and an Oscar nomination may and should be headed towards his way.
Phillips has also proven he can work with a character of this dynamic while still giving audiences something new and enjoyable to watch as they see this film. For a guy who’s greatest achievement was “The Hangover” trilogy, that’s pretty good. The film allows you to really question society as a whole and shows us who really cares about the rich and poor and makes you wonder, “is it just me or is the world getting crazier out there?”