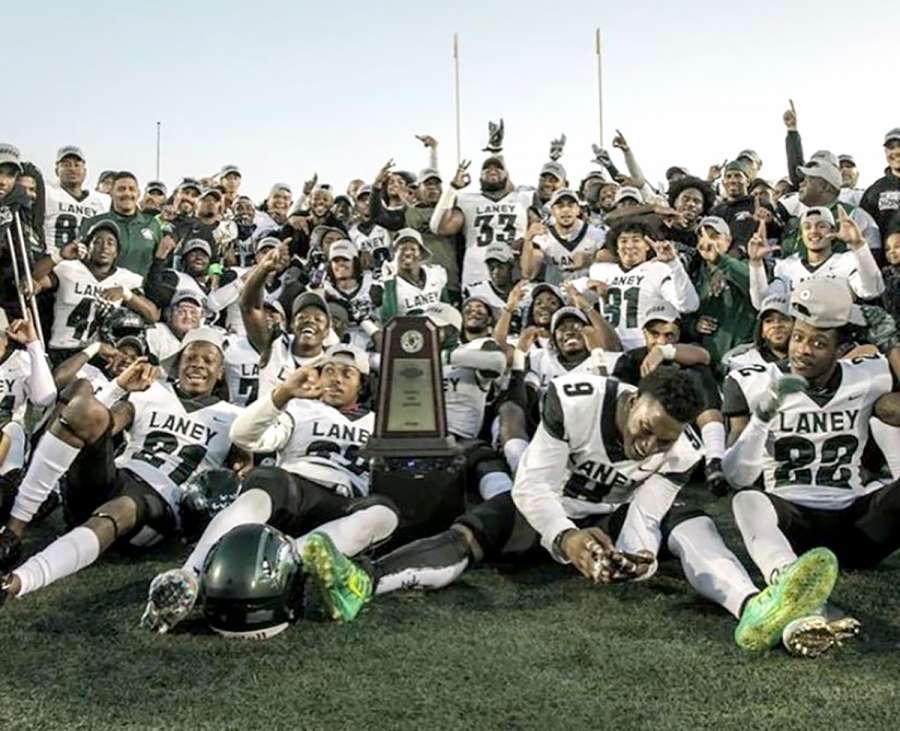 In today’s era, student-athletes that attend a Division I University after high school are placed at the top of the athletic hierarchy, while student-athletes that attend a Junior College tend to be at the bottom of the ladder.
While some people are aware of the benefits that are available at a Junior College, the majority of society views Division I universities as the top tier.
Although Cameron Nathan, the starting safety for the Laney Eagles football team, had offers from Division schools, he is still doubted because of the school he attends.
“I get told I’m not shit because I didn’t go straight to a University straight after high school,’’ Nathan said in an interview.
Luckily for Nathan and the Eagles, a Netflix reality series titled “Last Chance U” has chosen Laney College to be the featured school for the new season of the show.
“Last Chance U” features elite athletes with difficult pasts that turn to Junior College football for a last shot at turning their lives around and achieving their dreams.
The previous seasons of “Last Chance U’ have been located in Mississippi and Kansas. This will be the first season in California, specifically in the Bay Area.
During the fall season, cameramen will be following 55 players at Laney College wherever they go, while recording each game live.
The reality series “Last Chance U” has helped gain enormous exposure for student-athletes throughout the four seasons. At least four players have made NFL rosters, most notably Ronald Ollie, who was in training camp with the Oakland Raiders this year. Multiple players featured on the show have moved on to Division I schools, with some earning their degrees.
This is a huge opportunity for Laney, simply because the Bay Area and Northern California will be getting a lot of exposure, regardless of if the team wins or loses.
Although it is most student-athletes’ dream to attend a Division I college after high school, in reality only 2.8 percent of athletes attend a Division I school in football, according to data provided by NCAA.org
After coming off an 11-2 season, the Laney Eagles won their first State Championship, and the first championship for the city of Oakland in 2018.
“Winning a state Championship was so surreal,” said Nathan, who recorded 10 tackles and one pass break up, during the state championship game. “Oakland is really the trenches. If we wouldn’t have won the Championship, Laney wouldn’t be getting everything they have been getting.”
After winning the first title for Laney, Nathan hopes his team’s success can motivate other student-athletes to not give up at the junior college level.
“Life is never going to go your way; Go to a Junior College. It’s a stepping stone because if you didn’t go D1 you could go get that at a JuCo,” Nathan said.
Grades are a big reason that some athletes are not eligible to attend a Division I school.
Nathan admitted that his first two years at Laney he was not committed to academics in the classroom. He wants to inspire kids to take academics seriously, so they can leave Junior Colleges faster and not be stuck behind.
“You grind on the field but your grind has to match in the classroom,’’ said Nathan. “I can go out there all day and work on the field but not the classroom and I’m paying for it now.”
The Laney Eagles are currently 0-2, following their loss to ARC. Tune in to their next game vs. Feather River college Friday at Oakland.