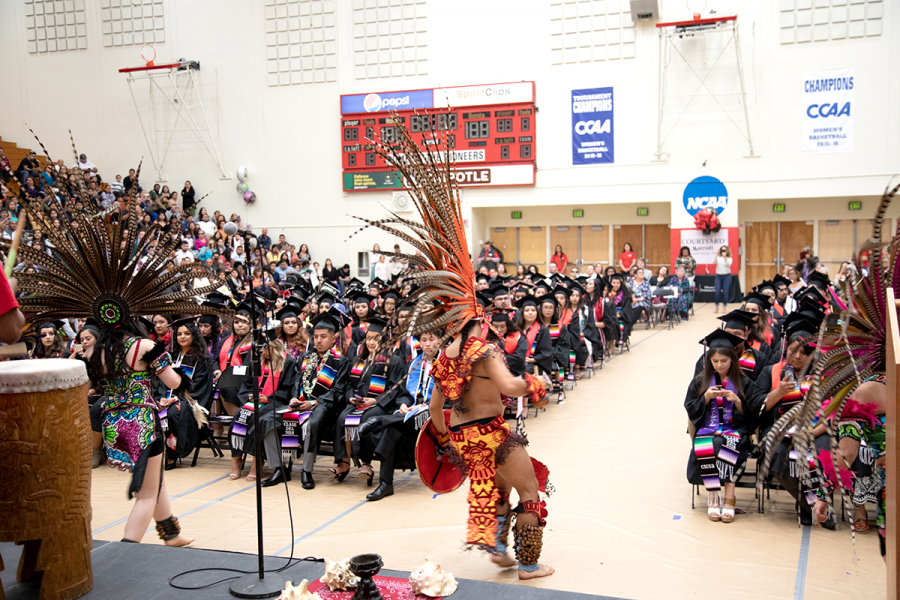 Graduation season brings numerous traditions: graduation photoshoots around campus, cap decorating, and cultural graduation ceremonies.
Commencement itself dates back as early as 12th century Europe, but the more recently cultural commencements are becoming more and more of a common theme throughout graduation season.
California State University, East Bay, currently hosts the Asian/API Graduation, Black Graduation, Chicanx/Latinx Graduation, and as of 2015, Lavender Graduation, which honors LGBTQ students.
Cultural commencements are separate, more intimate, graduation ceremonies for minority students to celebrate their diversity and their overcoming of adversity.
As of 2017, the average college graduation rate for California is 32.6 percent, according to the data publishing website Open Data Network.
The Chronicle of Higher Education: College Completion, states that as of 2013 California State University, East Bay had a mere graduation rate of 10.8 percent for four-year students and 38.2 percent finishing within six years. Although since 2017, CSUEB has been working to improve graduation rates and help students achieve graduation sooner.
Seeing these numbers puts into perspective the significance of completing one’s college education. One of the primary reasons students, especially those of color, are unable to complete their higher education is due to financial resources, according to the Washington Post.
Students and residents of the San Francisco Bay Area can understand more than anyone how difficult it can be to finish their education due to the skyrocketing cost of living.
The Chronicle of Higher Education: College Completion also provides the graduation rates for CSUEB’s diverse student body. 22.4 percent of Black students usually graduate in six years, 7.2 percent of Hispanic students typically graduate in four years and 30.6 percent in six years, 14.5 percent of Asian students graduate in four years and 47.4 percent in six years, and 15.3 percent of white students graduate in four years and 41.1 percent in six years. Black and Hispanic students have the lowest graduation rate.
These statistics show why cultural commencements are becoming more popular; they represent the pride of a student’s heritage and identity, as well as their ability to overcome adversity. The San Francisco Bay Area is well known for its diversity, so numerous universities celebrate these diversities by hosting the cultural graduations.
Gregory Bush, a graduate of San Jose State University, self identifies as a Black-Filipino, gay man. At the time of his graduation, he was unaware of cultural commencements his school hosted.
“I would partake in it, most likely they’d have speakers that I can relate to,” said Bush.
On the other side of the Bay, at San Francisco State University, KC Lanuza is finishing up his last class for his diploma but was able to participate in commencement last year. He identifies as a Transgender, Filipino, Dreamer or DACA recipient, and attended SFSU’s Lavender Graduation.
“When you’re graduating with so many students, you want to experience something more intimate. It’s about solidarity and being surrounded with people you can identify with,” Lanuza said.
On the other hand, here at our own campus, CSUEB, Virginie Nguyen, first generation, Vietnamese student is walking this spring with her degree in English.
She opted out of attending the Asian-API graduation, explaining “it’s just culturally, I’m not really connected to my roots so it just didn’t seem right to be a part of it.”
While students may or may not choose to attend the cultural graduations, having these ceremonies offers appreciation for students’ diversity and accomplishments.