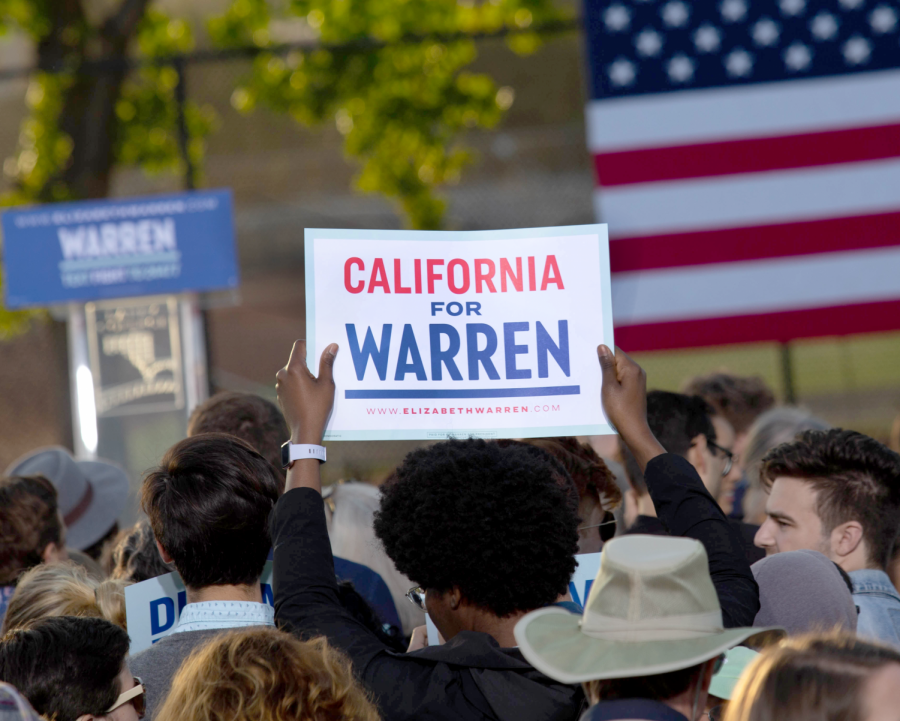 Sen. Elizabeth Warren held her first public rally in Oakland, drawing thousands of people to Laney College on May 31.
Event organizers estimated that around 6,500 people attended the event to hear the Senator speak about gun reform, Medicare and student debt. Due to a large turnout, the event had to be relocated from the gymnasium to the soccer field. At one point, volunteers were worried that they would have to use the football field next door for overflow and have Warren address those attendees. Fortunately, everyone made it through; as a result, it delayed the start time for the rally from 7 p.m. to 8 p.m.
Warren told the crowd that she has done 90 town hall events since announcing her candidacy for President and this was the largest turnout that she has ever seen.
“I’m coming back to Oakland,” she said. “2020 this is it; this really is it. Our country is in real trouble and the decision that gets made in 2020 is going to echo through generations and we have to be in this fight all the way.” 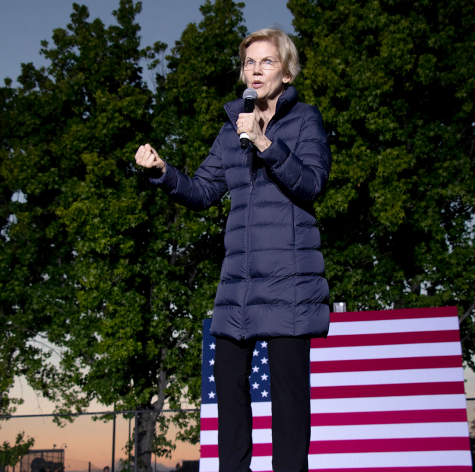 The senator began her speech by telling her life story, growing up in Oklahoma. She touched on her brothers joining the military and how that “was their ticket in America.” She spoke about her mother becoming the primary breadwinner in her family after her father had a heart attack.
“When I was a girl, a full-time minimum wage job in America would support a family of three,” said Warren. “Today, a minimum wage job in America will not keep a Momma and baby out of poverty.”
Sen. Warren laid out three specific policy points that her campaign will address: “Attack the corruption head on, different structure in the economy, and protect our democracy.”
Speaking on how she received her opportunity to become a United States Senator, an opportunity to run for President of the United States, the crowd burst into applause and began chanting “Warren! Warren! Warren!”
Unlike other town halls, she did not take any questions due to the late start but addressed three major issues that the crowd has asked her about before, including gun control. “On the question of gun violence, I will be fearless, we will fight side by side and we will protect our children.”
“This is our moment in American history, our moment to dream big, our moment to fight hard and our moment to win,” Warren said.