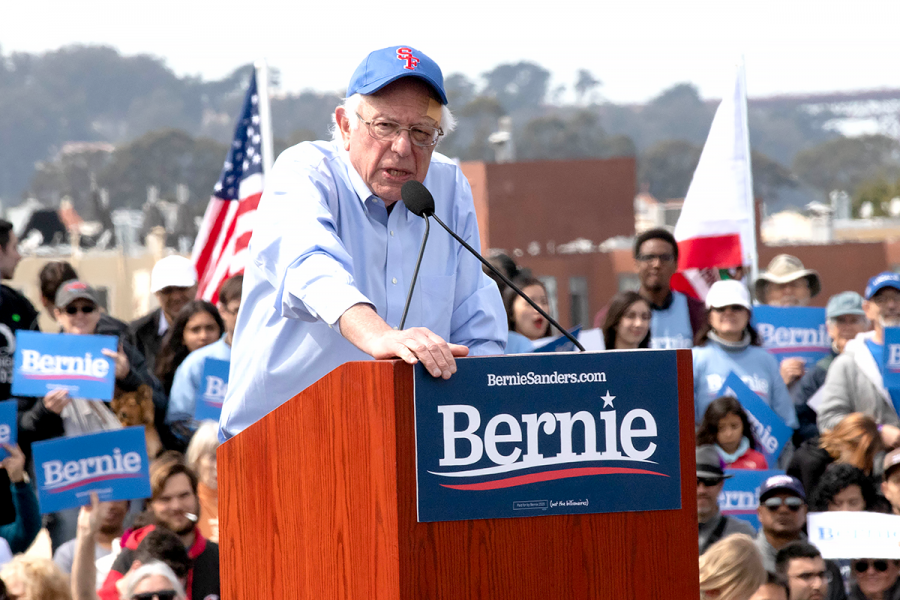 Sen. Bernie Sanders his first public rally since announcing his presidential campaign at Fort Mason Great Meadow in San Francisco on March 23, 2019. He addressed issues that he brought to the mainstream during the 2016 Presidential Election, including free college and raising the minimum wage to $15. Since his first unsuccessful run for president where he was relatively unknown, he has become widely recognized in the mainstream, finding a strong core with Millennials and Progressives.