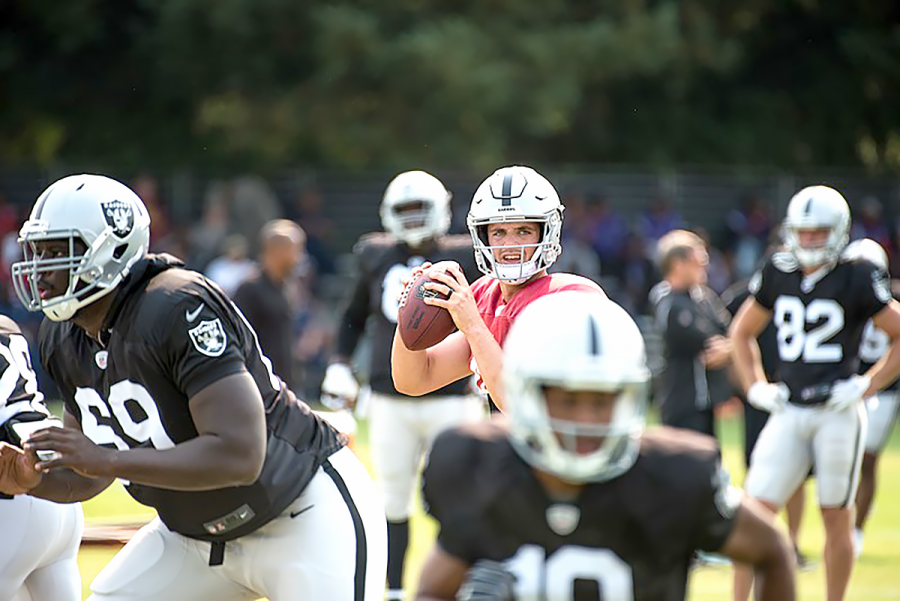 The Oakland Raiders will officially return to Oakland after months of uncertainty surrounding the team’s location for 2019.
In February, the team reached a deal to play in Oakland, but the agreement faced multiple hurdles. First, it needed to be approved by the Oakland City Council, and then it would be submitted to NFL owners for a vote at the annual league meetings.
On Monday, NFL owners voted to approve the Raiders’ lease in Oakland, at the 2019 league meetings, which was held in Phoenix, Arizona this year.
NFL owners approved the Raiders’ move to Las Vegas two years ago, at the 2017 league meetings. However, the Las Vegas stadium will not be ready for 2019, which meant the Raiders needed a home for the upcoming season.
This led the Raiders back to Oakland after a brief period in which the team sought to play in Oracle Park, home of the San Francisco Giants. The team’s other option would have been Levi’s Stadium in Santa Clara. Neither was deemed viable, and it was clear Oakland was the team’s most logical option.
The Raiders’ lease for 2019 also includes an option for the 2020 season as a contingency plan. While the Las Vegas stadium is expected to be ready for 2020, the Raiders now have a backup plan in case there are any delays in the stadium’s construction.
The Raiders paid $3.5 million in rent to play in the Oakland Coliseum in the 2018 season. The rent will increase to $7.5 million for 2019, according to the Las Vegas Review-Journal. Rent for the 2020 season would cost $10.5 million if the Raiders need to exercise the option for that season.
The Raiders defeated the Denver Broncos in Oakland on Dec. 24 in an emotional game for fans. The game felt like the Raiders’ farewell to Oakland, as the team’s location for 2019 had not been determined. After the game, quarterback Derek Carr spent time on the field personally thanking fans.
“I was going to make sure that if this was the last time, I wanted to say thank you in whatever way I could,” Carr said, according to USA TODAY.
While the storyline of winning the final game in Oakland on an emotional night would have been a fitting send-off, the Raiders have found their way back to Oakland for at least one more season.