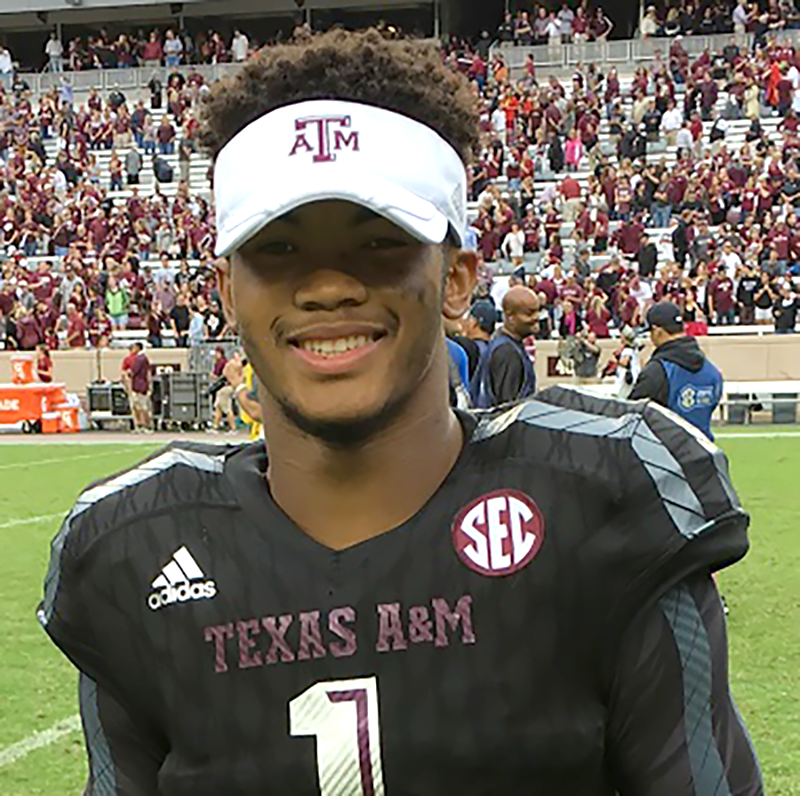 Not even a multi-million dollar signing bonus could entice 21-year-old dual athlete Kyler Murray to choose the Oakland Athletics.
The Oakland Athletics took a standout two-sport athlete Kyler Murray, from the University of Oklahoma, ninth overall in the 2018 Major League Baseball draft in June 2018.
The A’s took a risk giving the now-Heisman winner a $4.66 million signing bonus in hopes he would follow in the footsteps of former Oakland Athletic, Jeff Samardzija who was also a highly successful wide receiver and pitcher at the University of Notre Dame.
Now that Murray has officially decided on football as of this week, he is required to return $1.29 million of the $1.5 million he was already given, while forfeiting the final $3.16 million he would have received March 1.
Murray, an outfielder, who had fewer than 250 at bats in his collegiate baseball career, could have been drafted into Major League Baseball straight out of high school.
He was the first high schooler ever to be named an Under Armor All American in both baseball and football.
He opted to play both sports at Texas A&M before transferring to the University of Oklahoma behind now Browns’ first overall pick, quarterback Baker Mayfield.
Murray took the Sooners to win their fourth consecutive Big 12 championship as well as taking them to semifinal of the college football playoffs against the University of Alabama.
The first player in NCAA Division 1 football history to average both 300 yards passing and 60 yards rushing it is easy to see how solid of a football player Murray really is. Yet standing at about 5’10 and weighing 190 pounds it is not an appealing body type for the NFL when choosing a quarterback.
Although Murray is considered smaller than the average NFL quarterback, he has a solid shot of landing in the top 10 of this upcoming draft class, due to there only being one other quarterback with attention on him, Ohio State’s Dwayne Haskins. With a heavy defensive class, Murray will be able to stand out at the NFL Combine which will start Feb. 26.
As a result, the MLB Players Association brainstormed new ideas for the upcoming seasons. One idea would allow dual-sport athletes who enter the MLB draft to be eligible for Major League contracts so there is not a capped amount of spending like in the minor leagues.
“The sporting world’s a little different now than it was when I played. The talent pool is deep. I can’t tell the young man what to do, but whatever sport he chooses, concentrate on it,” said fellow dual athlete Bo Jackson.
“Moving forward, I am firmly and fully committing my life and time to becoming a NFL quarterback. Football has been my love and passion my entire life,” said Murray in a tweet this week. “I was raised to play QB, and I very much look forward to dedicating 100% of myself to becoming the best QB possible and winning NFL Championships. I eagerly await the opportunity to continue to prove to NFL decision makers that I am the franchise QB in this draft.”
Now making it clear he is headed to the NFL draft, there are no hard feelings from the Athletics. General Manager David Forst stated that Oakland still does not regret the decision they made taking him so high in the draft.
“We took the best athlete on the board and what we thought was the best baseball player on the board too… we don’t regret the pick at all,” Forst told MLB.com’s Jane Lee in an interview.
If Murray gets chosen in the first round of the NFL draft, he will be the first athlete ever to be chosen in the first round of the MLB and NFL.
Only time will tell how well the compelling dual-threat athlete will do in his upcoming career in the NFL starting with the NFL Draft on April 25.