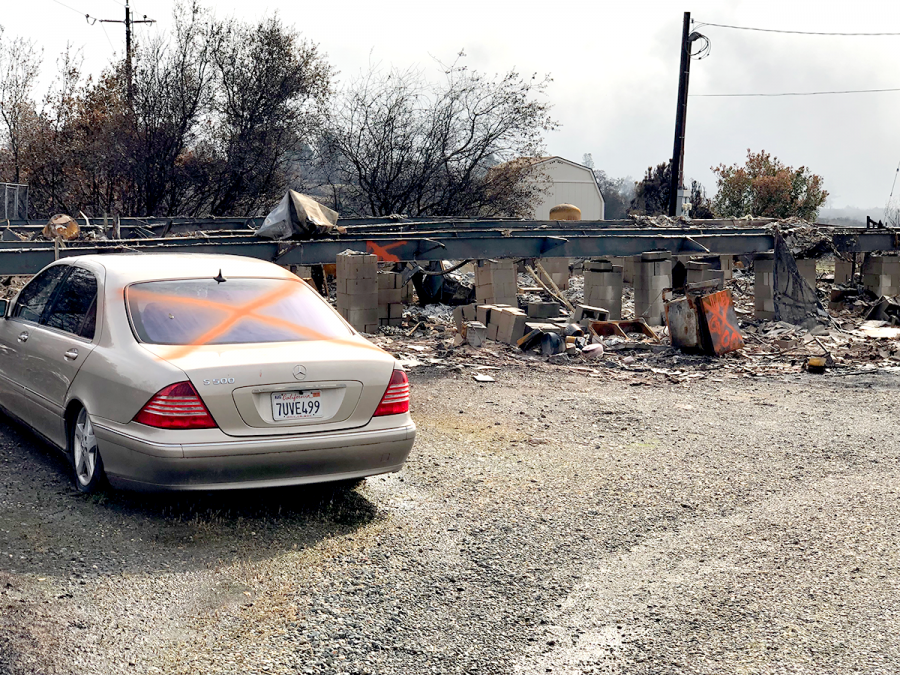 It is evident that wildfires are becoming a statewide epidemic in California. Residents have either experienced the natural disaster remotely or through the smokey ramifications of the fire.
The average temperature on Earth has increased by an unhealthy 1.8 degree Celsius since the late 19th century, according to the New York Times.
Consequently, six of California’s ten most destructive wildfires on record have occurred in the past three years, according to Yale Climate Connections.
There is no secret behind the cause of these fires. The soil and vegetation become drier as earth’s temperature continues to increase. 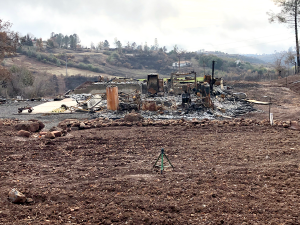 PHOTO BY ANDREW COOPER/THE PIONEER
Dr. Michael Massey, an earth and environmental sciences professor with a professional focus on soil and water chemistry at California State University, East Bay explained why the state of California is so vulnerable to wildfires.
“If the soil water is drying up faster as a result of increased evapotranspiration, plants are either going to die outright or they are going to be drier during the hottest, driest part of the year when fire danger is highest,” he said. “Ultimately this leads to more fuel for fires, and drier fuel for fires, both of which I suspect make wildfires worse.”
The ecosystem is also significantly affected by wildfires. Communities that burned down will take a while to recover after a massive wildfire.
“Wildfires can make it harder for soil to absorb and retain moisture by destroying soil structure and by forming water-repellent coatings on soil particles,” said Massey. “Fires can also cause nutrient losses from soil, especially of nitrogen and can either directly or indirectly affect the community of organisms living in the soil as well.” 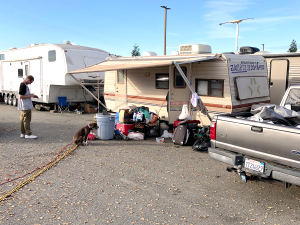 The Camp Fire, which began on Nov. 9 in Paradise, Calif., is recorded as the deadliest fire in California’s history. An astonishing 153,336 acres of land and 13,972 homes were burned and 85 lives were lost in the fire, according to Cal Fire.
Northern California residents felt the side effects of the Camp Fire for weeks. The most obvious and visible were the copious amounts of smoke outside of Paradise. The smoke made living conditions unhealthy, especially to those with respiratory complications.
“Climate change has a direct effect on our air quality and health and that’s what people need to realize,” said Dr. Patty Oikawa, an earth and environmental sciences professor with a professional focus on greenhouse gas and climate change at CSUEB. “They only think about the polar bears and coral reefs but the smoke from the Camp Fire showed how significant this epidemic has become.”
The air quality index (AQI) reached a high of 365 in the nearby town of Chico, Calif. and 250 in San Francisco. The AQI for both Chico and San Francisco rarely exceeds 50, all according to the San Francisco Chronicle. 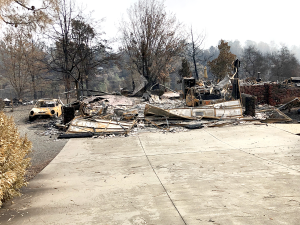 “I walked outside of my apartment and saw the fire in the distance. I saw bright red in the distance and the smoke was really dark above my apartment building,” said Andrew Mock, a student at California State University, Chico. “The smoke was incredibly thick the weeks the fire was still burning I could not walk outside without a mask.”
Wildfire prevention will require new laws and taxes on carbon emissions to be enforced. Highly populated countries such as China and Japan have recently put a price on greenhouse gas emissions.
They have established a carbon cap-and-trade system that will require companies to pay a tax or fee and limit the amount of carbon that can be released into the atmosphere.
“This isn’t just a California issue, this is a worldwide issue,” added Oikawa. “Every country needs a carbon cap-and-trade system.”
The US has zero federal carbon emission taxes or fees, all according to Vox.