The Warriors begin their final season in the East Bay 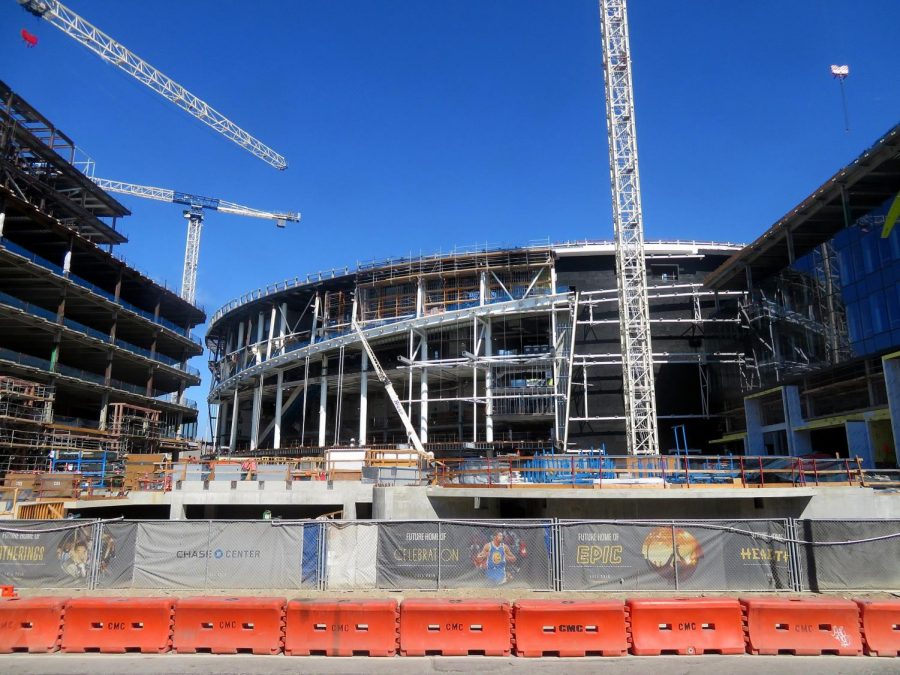 Golden State Warriors fans are soaking in their beloved team’s last season in Oakland before their big move to the newly-built Chase Center located in San Francisco. The Warriors kick-off the season next week Tuesday, Oct. 16.

This 2018-2019 basketball season marks the final year the team will be playing at what fans like to call the “Roarcle” properly known as the Oracle Arena located in Oakland, CA, an arena where the Warriors have played in since the 1966-1967 Season.

This will not be the first time the team has played in San Francisco though. The team, originally from Philadelphia, moved to San Francisco in 1946. From there, the team migrated to Oakland in 1971 and have been there since.

Chase Center will be a first of its kind in San Francisco. It will serve as a world-class sports and entertainment destination, home to a championship team, and featuring a tremendous culinary scene, engaging retail, and some of the world’s most innovative companies, according to the Chase Center website.

The San Francisco arena will be 900,000 square feet and will seat over 18,000 fans. The multi-purpose arena is along the bay where fans can see the water and is close to a wide variety of San Francisco attractions such as AT&T Park and the Ferry Building.

Golden State has been in the midst of establishing what some may call a dynasty, which in sports, is a team that has dominated for a great amount of time. Something that the Warriors have not been known for up until recent seasons, as mentioned in a Sports center interview after the 2018 Championship versus the Cleveland Cavaliers.

“I would say Warriors fans are upset that they are moving to San Francisco because there are those like myself that have been rooting for them even before they were winning,” mentioned Sal Alcala, a project manager at Vangard Concept Offices who is both a Bay Area Native and Warriors fan, and has worked directly with the new arena project.

The Warriors have created a sense of pride for Oakland and Bay Area residents long before they were champions. Curating an atmosphere in Oakland featuring murals that cover the walls of Oakland, and songs from artists such as Bay Area Rapper E-40, celebrating the Warriors success.

At one point, the Warriors were a struggling team and a a championship run seemed unrealistic. Fast forward to 2015, the Warriors win their first Championship in 40 years, and begin their run to perform record setting seasons and become somewhat of “hometown heroes” for the Bay Area. And the teams removal from Oakland almost diminishes that sense of pride.

The move also makes the team less accessible to get to. “I do have to be honest I am worried about the parking situation,” Alcala said.

Those who are familiar with Bay Area traffic are aware of the concerns that come with the relocation, especially with games that begin in the evening, parking is an issue.

However, with BART and ample public transportation in San Francisco and the Bay Area as a whole, this should encourage sports fans to take advantage of these resources.

It is important to embrace the Warriors last year in Oakland as the 2018 championship team is beginning its final season at Oracle next week. Familiar faces will brace the floor for the last year with the beloved Stephen Curry, Kevin Durant, Draymond Green and Klay Thompson as well as another All star addition, DeMarcus Cousins.

The reigning champions are looking to become the sixth team in NBA history to three-peat and the first since the 2000-02 Los Angeles Lakers according to Bleacher Report.

The Warriors officially begin the 2018-2019 season at home on Oct. 16 at home versus the Oklahoma Thunder which should be an exciting start to what Warriors fans expect to be a final winning, championship season in Oakland.