Living nightmares from my commute 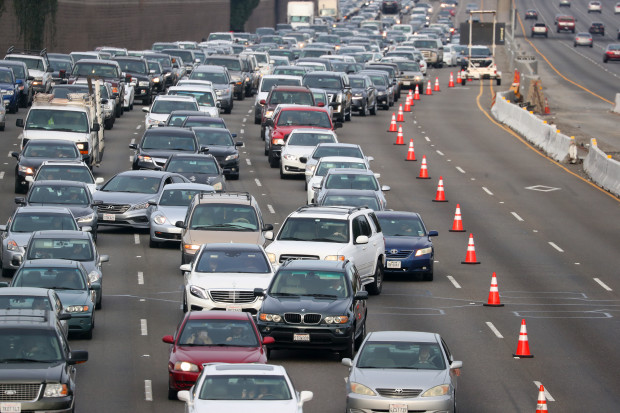 Traffic backs up on southbound Interstate 880 after a crash that killed a CHP officer Christmas morning shut down the freeway on Dec. 25, 2017, in Hayward, Calif.

We all fear the dreaded commute to get to our destinations. How should we prepare for it? My commute to school has significant influence and impact on my life.

I commute from Tracy to Hayward in order to get to school, and the commute can be very daunting depending on what time you leave. For the most part, it will take an hour or more to get to either destination. This long and dreadful commute forced me to make many adjustments in my life, and it is taking a toll on me.

This commute makes me want to have my class start school at 1 or 2 p.m., so I can leave Tracy at around 11:30 a.m. or noon, so I can avoid the heavy morning traffic. If I was to leave at 6:30 a.m. or 8 a.m., then it would take me about an hour and a half to to get to campus. This is a sad reality, but is the truth. School is my number one priority, but this commute is so draining, and I’ll do almost anything to avoid it.

Going to school is hard enough, with all the homework, quizzes and exams but this commute is much more taxing on me than all the schoolwork. I can honestly say that there are plenty of times where I fear doing this commute rather than doing work for my classes.

When I have an 8 a.m. class, I leave around 5:45 a.m. just in case there is an accident on the freeway. I have to prepare for the worst possible outcome just so I won’t be late to school.

“I’ve been doing this commute from Tracy to Hayward since the 2015 school year, and it has been so bad and is getting so tiring,” said CSUEB student, Alexander Martinez. “I’ve been experiencing chronic back pain lately, and I know the commute has a direction correlation with it, and I’m glad it is soon coming to an end.”

This is something that I think about constantly because it is a big part of my life, and I just have to sadly deal with it. I will be entering my fourth year here coming this semester, so my commuting days from Tracy to Hayward will hopefully be coming to and end.