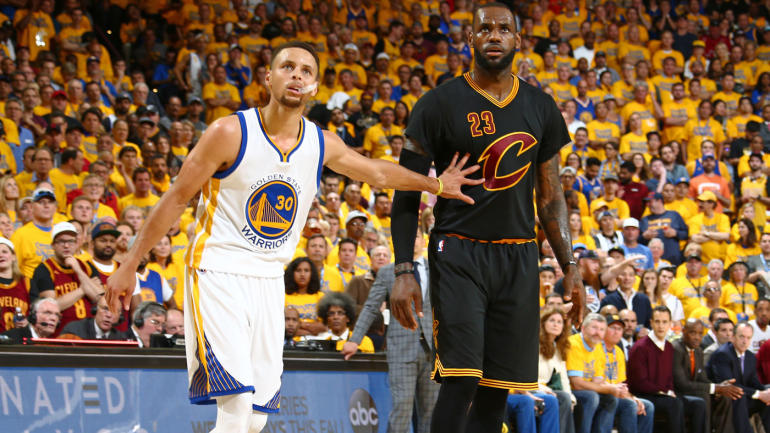 Some people may be getting tired of the same old thing and wish there was more parity, but it should be appreciated. Rivalries are a great thing in sports, and dominance by a team is something special to watch. Cleveland facing Golden State for a fourth straight year is astonishing and it could be a while until we see something like this again. People should cherish it now.

The Golden State Warriors, though still young, are one of the greatest basketball teams ever. Their collection of four all-star players and two NBA MVPs on their roster is a gift for NBA fans and a privilege to witness. Not to mention the guy on the other side, James, the greatest player of this era and possibly of all time.

James entered the league in 2003 at 18 years old and has been dominant ever since just completing his eighth consecutive finals. It is incredible that in his 15th season, at age 33, he is still regarded by most as the best player in the league. James isn’t getting any younger, and at some point, he won’t be able to play at this level forever. It is vital that we appreciate him now.

When it comes to championship games, wouldn’t we want to see the best players in the league face each other in the championship game? Well that’s we got with the Cavaliers and Warriors series. We saw Stephen Curry, possibly the greatest shooter of all time, Kevin Durant, a top three player in this league along with two other all-stars, Klay Thompson and Draymond Green, all in their prime going against “King” James.

“The rest of the NBA has to get better,” Thompson told the San Jose Mercury News in an interview following the finals. “It’s not our fault.” He makes a valid point because the rest of the league does need to get better and give these teams stronger competition.

The main complaint is that dominance isn’t good for the league, and it gets repetitive with the same teams in the finals. In reality, the league has always been a star-driven league with dominant teams.

Then in the 1990s, Michael Jordan took over. The Chicago Bulls won six championships from 1991 to 1998 and the Houston Rockets won back to back titles in 1994 and 1995. When Jordan started winning, the NBA never looked back. The ratings were at an all-time high and apparel sales were sky high thanks in large part to stars like Jordan.

After Jordan started to fade out of the league in the 2000s we got more dominant teams. From 1999 to 2009, the Los Angeles Lakers and San Antonio Spurs combined to win nine NBA titles. Then in 2010, the Miami Heat played in four consecutive NBA finals. The names and faces are different but this is just like the past only this is the Warriors and Cavaliers era.

“If you want to see somebody else in the finals, then you gotta beat them,” James said at media availability day during the NBA Finals. James is right. If you’re tired of seeing the same teams play each other, then the rest of the league has to get better and beat them. But for now, just enjoy the greatness.