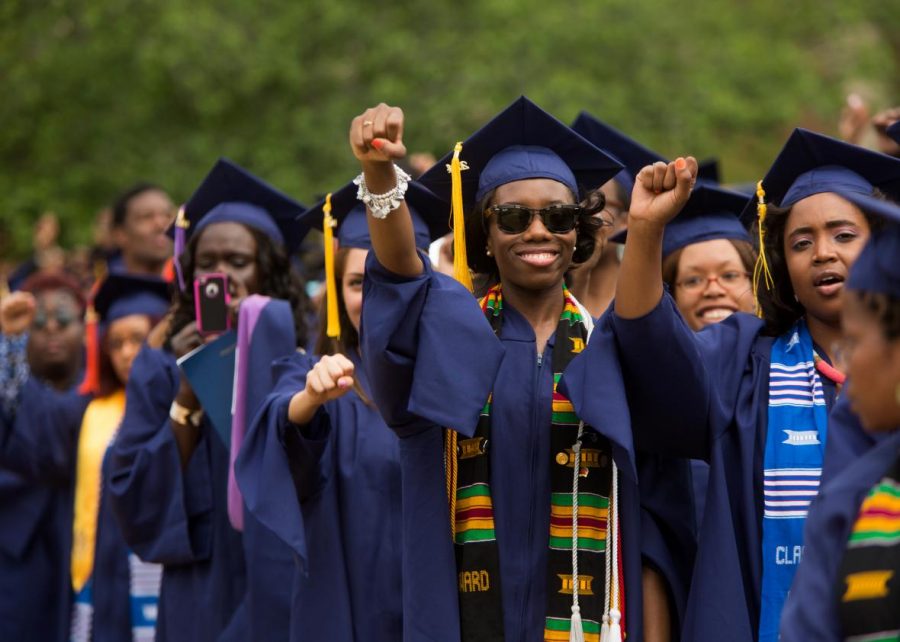 Today nearly 4.6 million African Americans hold a college degree. I am proud to be the first African American in my family to get a bachelor’s degree. I decided to participate in the CSU East Bay Black graduation on June 6. As the day came closer the reality set in, I was racing to get things together and organized. I was trying to get an appointment set up, plan a celebration, and finish school. It was exciting and overwhelming at the same time.

This is so unreal for me because I never thought that I would go to college. I honestly never thought that I would leave my hometown of Stockton. That place is known to suck the life out of someone. It’s hard to prosper and achieve. A lot of the young high school students out there were starting families before they even completed high school. Once my high school counselor told me that I should apply to four-year colleges, that was when I realized that I can have dreams and goals.

The decision to go to college was very difficult. I thought that it was too expensive, and it would be hard to take care of myself. I soon realized that it was all a part of becoming an adult. While some people have help from their parents or still live at home, there are some of us who have to survive on our own in a new environment.

Besides it is hard to take care of myself, it was just hard being a black woman in college. Margot Dorfman, CEO of the U.S. Women’s Chamber of Commerce, told Fortune, “Women of color, when you look at the statistics, are impacted more significantly by all of the negative factors that women face.”

Being in college has taught me so much about myself and adulting, both in and out of class. I learned a lot about my actions and the reasons behind them. I also learned how to react to other people’s actions, and why they do it. That is the great thing about being a communication major. I was able to learn how to communicate to and comprehend others.

Graduating from college really opened my eyes, I realized what I am able to achieve. My goal is to be one of the top female African American entrepreneurs. The number of businesses owned by African American women has grown 322 percent since 1997, making black females the fastest growing group of entrepreneurs in the U.S., according to Fortune Magazine. I want to make documentaries and start my own hair care brand.

The fact I was able to complete one milestone to success I know that I can achieve the rest of it. Women now own 30 percent of all businesses in the U.S., accounting for some 9.4 million firms. Additionally, African American women control 14 percent of these companies or an estimated 1.3 million businesses. That figure is larger than the total number of firms owned by all minority women in 1997, the report found from Fortune Magazine.

The last few years have been filled with blessings and lessons. I managed to get through it with hope and motivation to be successful. “Being the first to graduate in my family really built my confidence,” Channel McCafe stated while taking her grad photos in the courtyard.

Graduating from college is great, but being an African American first generation graduate is amazing. I’m not just graduating. My family is graduating with me. This is a start to many accomplishments and awards, and I am excited to see what the future holds.