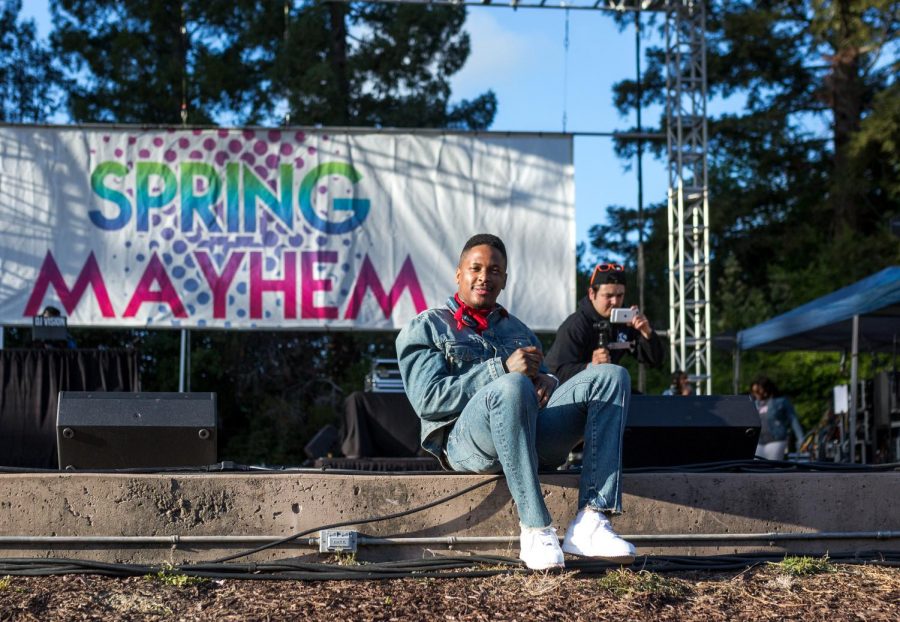 YG, a Compton gangster rapper and Piru Blood gang affiliate, is known for his controversial lyrics that describe life as a gang member and curse the current president of the United States.

Artists like Snoop Dogg, NWA, 50 Cent and Tupac Shakur rapped about what it was like to grow up in impoverished communities of color. They spoke of all of the disadvantages that came with growing up in the hood, success through adversity and they also highlighted the fun party side of leading that life.

It’s important for communities of color to have artists like these on the music scene because they bring awareness to their struggle. They provide a voice that may have never been heard by people of the upper class who may have never stepped foot into an impoverished neighborhood in their lives.

These rappers provide entertainment by producing songs that the millennial generation can bop to. But they also describe their rags-to-riches struggle. They show that they too use the lingo commonly heard in the hood and have shared similar experiences living in poverty as their Black listeners.

They show that you can come from a disadvantaged background and be seen as a hoodlum in the eyes of the public, but still make something of themselves. They use their platform to relate to children currently living below the poverty line and attempt to restore faith in broken communities of color.

At Cal State East Bay’s annual Spring Mayhem concert this year, YG entered the stage screaming the lyrics to his song “BPT” which uses gang lingo to describe his city of origin, Compton. The crowd broke out into cheerful screams and then began to chant the lyrics along with the rapper.

The lyrics of the song describe the Compton neighborhood that the rapper grew up in and his experience of being initiated into a gang. “400, Spruce Street,” he says in the song so that listeners know the exact block that he is referring to.

YG is not the first rapper that has referred to the specific area they grew up in. Los Angeles rappers like Kendrick Lamar, Ice Cube, Snoop Dogg and Nipsey Hussle have all referred to their neighborhoods in some of their songs. All of these rappers come from cities that have predominantly Black populations and are below the poverty line. They made it a point to shout out their exact places of origin to really put into perspective the background that they’re coming from. All of these artists mix politics with gangster rap to convey messages that speak about the needs and experiences of the Black community.

Because of this, communities of color gain a voice through rappers like Kendrick Lamar who describe what it’s like to be a Black man in America. His songs and performances are filled with symbols of the discrimination and hatred that has and is being inflicted on the Black community.

He uses his platform to advocate for them and showcase their struggles. His most recent studio album, “Damn,” sold over 600,000 copies in the first week, according to Billboard. In addition to that, this year, “Damn” became the first non-classical or jazz work to ever win a Pulitzer Prize.

Even a Pulitzer Prize-winning artist like Lamar makes songs that describe gang life, despite not being in a gang. These songs are sometimes filled with words that are deemed offensive and explicit. Gang life is very much ingrained in the Compton neighborhood that Kendrick is from. Instead of hiding the fact that he comes from a background that has involved gangs, he describes the experience.

Feminism and gangster rap can go together too. Just ask Cardi B. Cardi B is a Blood gang affiliated rapper from the Bronx. She often speaks of her rags-to-riches story of being a stripper to make a living and then eventually becoming a rapper. As a woman, she uses lyrics that also can be considered demeaning to women.

But the things that she describes were apart of her daily life growing up on the streets in the Bronx and spending time in a strip club. These derogatory terms are necessary for conveying the life that she lived. Despite having all odds against her as a disadvantaged Afro-Latina who sexualizes herself in the media, she attained success.

This female gangster rapper made it out of a tough experience and decided to use her rap to promote sexual freedom and provide voices for those living the same struggle. Despite sometimes being shamed in the media for being open about her life she shows that women can still preserve their self-worth while being sexually open.

Even though YG uses explicit lyrics I felt a sense of pride seeing him on that stage earlier this month, because, although YG chose in his adolescence to lead a tough gang life, he has made it out and can describe his very real experience. This is much like the pioneers of the gangster rap genre that came before him.