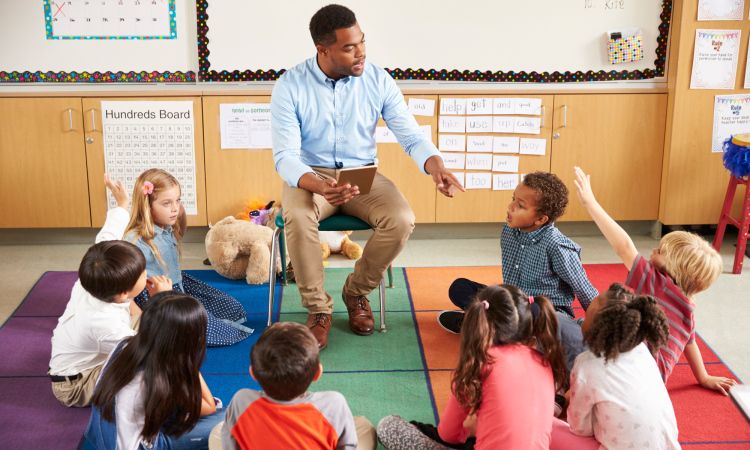 The Castro Valley Teachers Association (CVTA) and the Castro Valley Unified School District opened up contract negotiations for the upcoming school year and a tentative agreement was reached last week, according to chief negotiator for the district, Sherri Beetz.

The focus of these negotiations, which started at the school board meeting on April 12, sources said, have raised questions about teacher salaries and health care for the next year.

“The cost of living in the Bay Area has also risen far above the 12 percent we have gotten in raises, so basically teachers have seen a pay cut over the past five years,” said CVTA president and social studies teacher, Roger Kim. “One of our biggest concerns have been about medical benefits. The district contribution to our benefits has not increased a single penny in five years, as medical costs have gone up about 30 percent as well.”

According to a 2017 survey from the National Education Association, 48 percent of educators leave the profession due to dissatisfaction.

“We can’t afford to lose more good teachers because our students, in every district, deserve the best,” Kim said. “And our school districts need to step up to provide for our students by providing for our teachers.”

These negotiations come weeks after the beginning of nationwide teacher strikes over the issues of teacher salaries and the changing role of teachers in the wake of incidents of gun violence, such as the shooting at Marjory Stoneman Douglas High School in Parkland, Florida on Feb. 14.

Teachers in Castro Valley have received a 12-15 percent salary increase over the last four years, however, this increase doesn’t factor in the rising living costs in the Bay Area and the fact that the district has not increased contributions to the teachers’ health care plan.

“Maternity or paternity [leave], it’s not a covered disability for teachers,” said independent elementary school teacher Paula Merrigan. “We must purchase supplemental insurance to cover this. Only then will the private pay insurance kick in. When the teacher returns to work, should they need to take a day off because they become ill, the amount paid for a substitute teacher is deducted from the teacher’s paycheck, along with any additional monies the district paid for that employee for the days out sick.”

School board president Jo A.S. Loss responded to how funds are prioritized and allocated.

“The choice to put money toward salary or benefits has always been part of negotiations,” Loss said. “In prior years, the teachers’ union has elected to put the increase toward salary rather than benefits since not all teachers take medical benefits. It is important to remember that school districts are subjected to ‘collective bargaining/negotiations’ laws and guidelines. Decisions are never made in isolation.”

Under the Trump administration budget proposal, educational funding would drop 13.5 percent, about 9.2 billion dollars for the 2018 budgetary year, according to NPR. Included in these cuts to education is Title II Part A which is also known as the Supporting Effective Instruction State Grants, which provides for teacher training. Under this proposal, California would stand to lose about $250 million in funding.

“Districts throughout the state made draconian cuts to just keep the doors open,” Loss said. “The current funding model adopted by Governor Brown (LCFF) is based on 2008 funding. Today when it is said that LCFF has restored “full-funding” it refers to a restoration of 2008 funding dollars. Unfortunately, 2008 dollars are worth a lot less in 2018.”