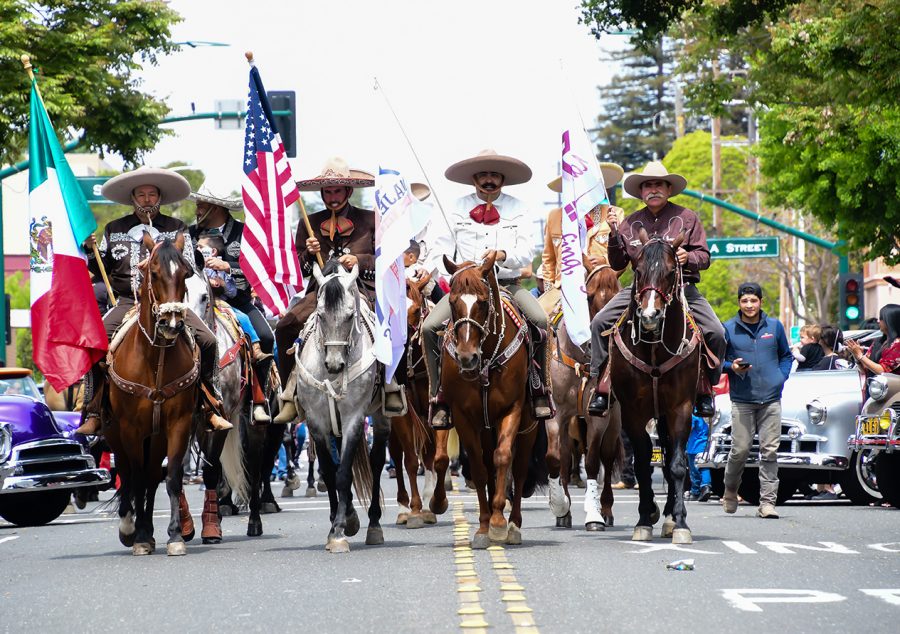 The city of Hayward celebrated Cinco De Mayo with the annual festival on B Street last weekend.

Francisco Zermeno, a Hayward City Council member has helped organize the festival since 1986. Zermeno works with kids as an advisor to the Hayward Youth Council, as a Spanish teacher at Chabot College and he feels that letting the youth express their culture and understand the importance of Cinco De Mayo is very important. Cinco De Mayo marks the victory of the Mexican Army over the French at the Battle of Puebla in 1862.

“It is important for me to present the triumph of the Mexican spirit demonstrated by a small army defeating the best army of the world at that time: the French,” Zermeno told The Pioneer. “It’s a good historical example where the youth can see a bully being defeated.”

From 10 a.m. to 5 p.m., festival goers were able to enjoy a walkway lined with booths by local businesses, a variety of live performances, a car show and a diverse array of food and art.

With general municipal elections in November, local politicians also came to the festival to engage with people in the Hayward community.

“I always come out to the Cinco De Mayo event,” said Hayward mayor, Barbara Halliday, who was also on hand to present one of the dance groups with a certificate.

Hayward youth made their presence felt as local schools came to the festival as vendors to fundraise money for their organizations. The Ochoa Middle School Puente Program had a booth to raise money for supplies.

“We wanted our eighth graders to do service and make them understand what it feels like to do work without getting paid,” said Jose Tañada, a Puente teacher at Ochoa Junior High School in Hayward.