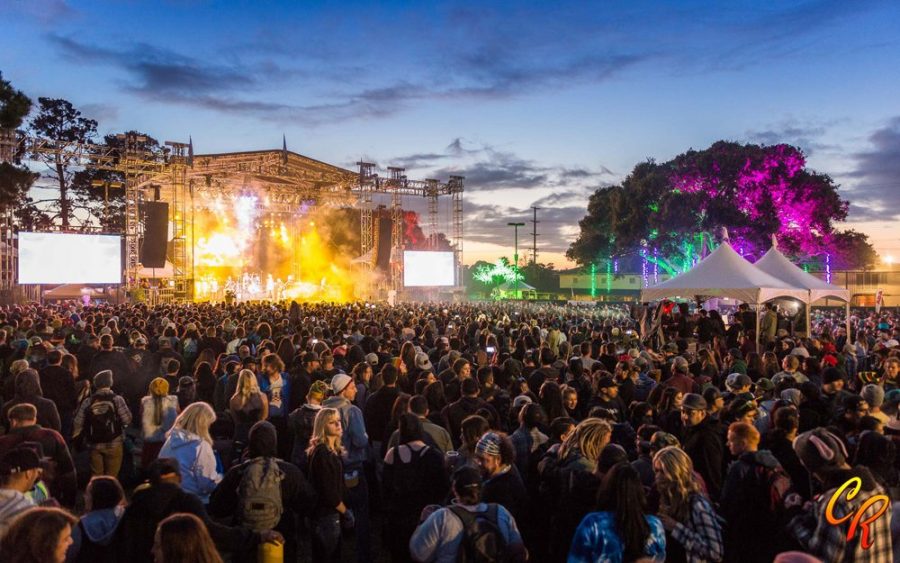 Music and art are set to collide in Monterey next month.

California Roots better known as Cali Roots will hold its ninth annual music and art festival at the Monterey County Fairgrounds from May 25-27 that offers festival goers three days filled with music, arts, food and camping.

Jeff Monser, current co-producer of Cali Roots, started the music festival in May 2010. It was a single day event that brought in around 1,700 people. Since then the festival has grown and the number of artists performing and people attending has more than tripled since the first one. What was once a fun backyard, party style music event is now a huge annual festival that has around 12,000 attendees each day.

Music fans can find a variety of performances on the three different stages at the fairgrounds. The musicians are predominately reggae, like Steel Pulse, Rebelution, Stephen Marley and The Green but there are also hip-hop artists like Brother Ali and E-40.

“Reggae is obviously the heartbeat but I think this year having E-40 was a no-brainer,” Dan Sheehan, CEO and co-producer of Cali Roots told The Pioneer. “If you think of California Roots, if you didn’t know the music festival, if you didn’t think we were reggae, he is California. That’s Bay Area, that’s Vallejo. He’s a huge artist to come out of California and kept his Bay Area roots. He ties into what we feel we are. A California grown festival with a homegrown vibe.”

Sheehan said another important aspect of the music festival is its impact on the environment. They have volunteers near the divided trash, compost and recycle bins to make sure the waste is sorted appropriately. They only use compostable utensils, cups, plates and eliminated plastic straws. Cali Roots partnered with a company called Reverb to eliminate single-use water bottles and provide attendees with water stations where they can refill reusable souvenir water bottles.

Every year gives the producers of the festival an opportunity to improve the experience or offer new ones. The last two years Cali Roots sold vinyl records with compilations of songs from the artists that performed. This year they partnered with Bus.com for the first time and will provide shuttle buses for those who travel to the event. The shuttle has stops as far as Sacramento.

The VIP passes for the weekend are already sold out but three-day general tickets and single-day tickets are still available at californiarootsfestival.com.