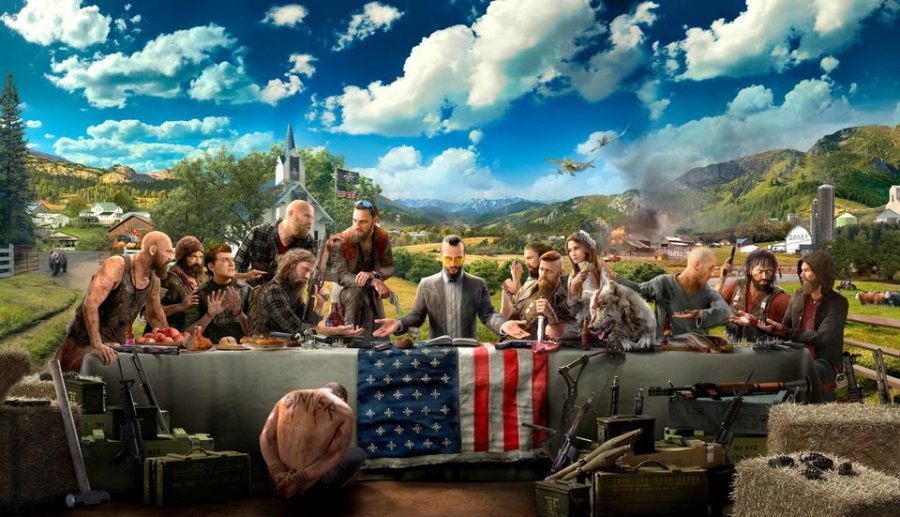 On March 27, video game giant Ubisoft released its long-awaited open-world first-person shooter game “Far Cry 5.” Amidst a cacophony of mixed reviews from critics and gamers alike, one thing everyone seems to agree on is that the game’s story is controversial – and quite a few people are angry about it.

It is set in a fictional region of rural Montana called Hope County. An extremist Christian cult, which calls itself The Project at Eden’s Gate, has taken over the county and is forcing the citizens to submit to the violent demands of its leader, Joseph Seed. You play as a local sheriff’s deputy who has been tasked with taking down the group.

This might sound like a basic action movie plotline to most of us and a video game containing themes about religious extremism is nothing new. For example, the plot of the “Dead Space” franchise was a less-than-subtle critique of the controversial religion Scientology. Plenty of war games like “Call of Duty” and “Battlefield” pit you against an army of, usually Islamist terrorists. Several of the “Assassin’s Creed” games, which are also made by Ubisoft, often portray the Catholic Church as a legion of corrupt fascists who want to control humanity.

So why are some conservatives so offended by the story of “Far Cry 5”? The answer is simple: because it’s the first “Far Cry” game to take place in America and the bad guys are America-loving, gun-toting Christians. Some critics see the game’s story as an attack on their religion as well as their identity as proud Americans.

When the games creation was announced in 2017, it was met with intense backlash from some alt-right groups. A group called Gamers United posted a petition on the website Change.org that demanded Ubisoft either change the game’s story, or cancel the game altogether.

“We’ve sat through your multicultural lectures and your peachy games aimed at degenerates and miscegenators. We’ve tolerated it in the name of gameplay design and innovation. But no more! Far Cry 5 is an insult to your fanbase, the Americans who make up a majority of your customers, and it’s time you woke up to that fact. Change this, or cancel it,” according to the petition.

Ubisoft did not respond to the petition and it did not have an adverse effect on the game’s sales. Within the first week of release, “Far Cry 5” became the fastest-selling title in the franchise, as well as Ubisoft’s second most successful launch ever with $310 million in US sales in the first week, according to Ubisoft News.

In fact, many of the people who have played the game enjoyed it. It has received mostly positive reviews from gaming news websites like IGN and Game Informer, who praise “Far Cry 5’s” graphics and gameplay more than anything. Steam, an online gaming service that allows players to submit their own reviews of games, holds a myriad of positive reviews from customers. Most of the players did not take offense to “Far Cry 5’s” controversial storyline.

Ubisoft did not respond to multiple inquiries made by The Pioneer in recent weeks.