Reggae: Not a synonym for marijuana 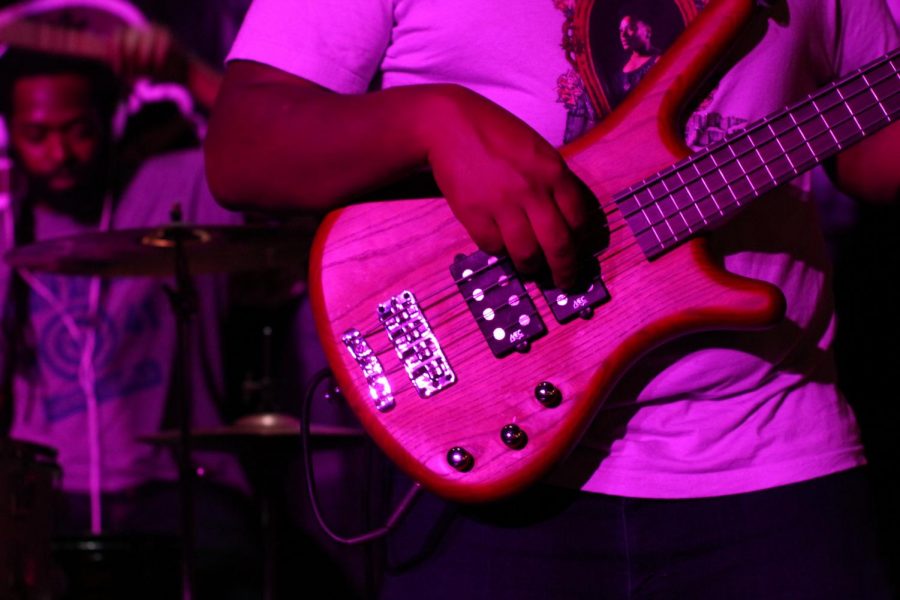 I was diagnosed with stage II Hodgkin’s lymphoma (cancer in the lymph nodes) shortly after graduating high school. At a time that seemed that the world was caving in on me, the only thing that helped keep my head above my shoulders were the sweet-sounding positive-vibrations of reggae music.

Over the years, my friends and family have found it strange that I predominantly listened to reggae music simply based on the fact that it is not mainstream. The confused look on their faces are usually followed up by “Do you smoke weed?” or “Oh, I love listening to reggae when I’m high.”

Reggae music is commonly stereotyped by outsiders as strictly “pot-smoker music”. However, if you listen closely to its socially-conscious lyrics you will understand that it promotes a powerful message of peace, love, unity and spirituality that can potentially change one’s perspective.

“Reggae music to me is a voice for the voiceless,” said Harrison Stafford, founder of reggae group, Groundation, and former professor at Sonoma State University for The History of Reggae Music. “It’s a vehicle to be able to express what is happening in society,” he said, “trying to put the world in a more positive, more peaceful and more loving place. That’s what reggae music’s mission is: to uplift the people.”

The reggae music genre emerged in the late 1960s and had evolved from earlier Jamaican styles know as ska and rocksteady which were heavily influenced by American genres such as jazz and rhythm and blues.

By the 1970s, reggae music had become the voice of the poor and oppressed, and songs were written about revolution and rebellion: Reggae, Rastafari and the Rhetoric of Social Control. Reggae was used as a medium to shed light on violence, racism, poverty and government oppression; much of which is still relatable today.

Over the years, the music has evolved instrumentally but has been consistent with its deeply-rooted message. Although many contemporary reggae bands play with an upbeat rock-like style, there are still several bands that keep the traditional roots-reggae sound alive.

Nevertheless, the music’s underlying message remains positive and therapeutic. It became a spiritual guide as I dealt with depression in my youth, and although this may seem anecdotal there have been studies to back this claim.

“Physiologically, music has a distinct effect on many biological processes,” stated Dawn Kent in her senior thesis. “[M]usic has been found to produce a relaxed mood and stress reduction, making it a plausible way to accommodate coping with pain and anxiety.”

Lyrics such as “Well it’s a struggle, every day we’re stressing. What’s a life without dedication? I’m trying to pick up that soul’s intention to soak in music relaxation” from Rebelution’s “Feelin’ Alright” exemplify relative struggles that can give listeners a sense of reassurance.

I listened to Bob Marley’s “Legend” album more than I can think of simply because it helped me cope with my thoughts. Songs like “Three Little Birds,” “Don’t worry about a thing because every little this is gonna be alright,” had a simple, yet powerful and optimistic message that helped changed my point of view in life.

Needless to say, there is a bit more to the music than positive reinforcement. When we listen, our brains release dopamine, which is the “feel good” neurochemical involved when we experience pleasure and reward, according to Dr. Kimberly Sena Moore in an article in Psychology Today.

The notion of reggae music’s meditative properties is widely recognized and understood by people involved in the scene. There is no one-way to explain it because it can be translated differently amongst listeners.

“Reggae music has helped me overcome many obstacles and hardships”, said Traci Smith, owner of NorCal Reggae Calendar. “It has allowed me to look within. It helps me feel like I’m not alone. It has helped me to be brutally honest with myself so I can grow to be a better mom and person in society. It has also helped me to love myself just a little harder.”

Although I truly believe that reggae music is much more elaborate than its superficial stereotype. I cannot deny that marijuana is a big part of its culture. However, the problem is that many people fail to recognize the disconnection between the two.

In 1940, Leonard Howell, the first Rastafari preacher in Jamaica, formed a community called Pinnacle, a self-sufficient farming community that eventually played a role in the correlation between reggae and marijuana.

Howell’s cash crop was marijuana, the Pinnacle community gave to the Rastafari movement its close association in the mind of the public with ganja (marijuana), Reggae, Rastafari and the Rhetoric of Social Control.

For Rastafari, marijuana was not used as a party drug, instead, it was used within religious ceremonies in a highly ritualized manner in order to enhance feelings of unity and help generate visions of a spiritual and soothing nature.

“For Bob Marley and Burning Spear, burning ganja was a big part of their sacrament,” said Stafford. “To them, it was a part of this spiritual process,” he continued, “I think we have lost the sacrament. We lost the spiritual side of what herb is.”

By the 1950s the Rastafari movement and Jamaica’s popular music forged a relationship. As a result, the music became more than just a mode of entertainment but a medium of political and social commentary.

Along with the marriage between the movement and the music came the culture’s use of marijuana, which would ultimately influence the way people perceive reggae music today.

Today many reggae musicians continue to sing and write about marijuana and Rasta culture. Some of these songs include “The Garden” by Tribal Seeds, “Burn One” by Fortunate Youth and “Top Shelf” by The Expanders.

Although I see nothing wrong with marijuana being part of reggae culture. I do want to encourage people to listen more carefully to the socially-conscious lyrics with an open mind and try to relate to something more than just the ganja. Try to listen to what the message says to you.