There may be hope for ‘Solo’ 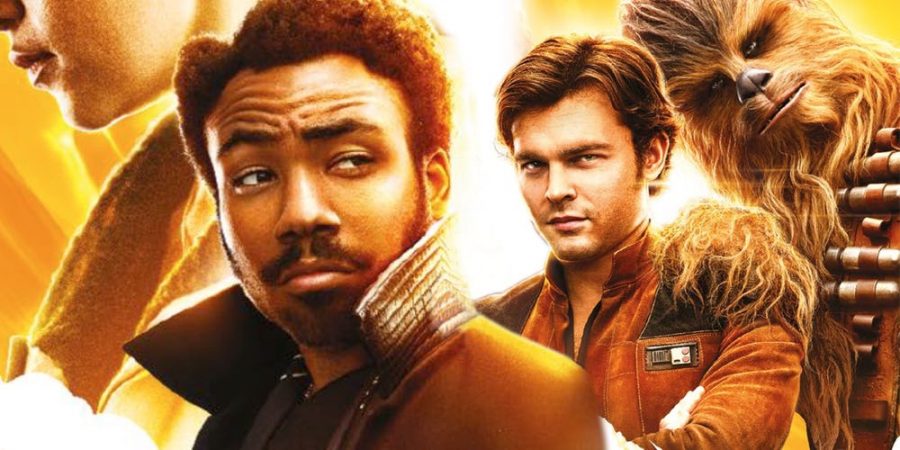 Now that the commotion about “Star Wars: The Last Jedi” has calmed down, Disney and Lucasfilm dropped a teaser for “Solo: A Star Wars Story” on Super Bowl Sunday and then posted the full trailer the following Monday morning.

People criticized “The Last Jedi” for being too different from the original Star Wars movies, and people are now criticizing “Solo: A Star Wars Story.” They hate Alden Ehrenreich, have no faith in Han’s backstory or simply hate Disney and Star Wars.

All of these critiques are ridiculous. People are criticizing a trailer four months before the movie is released in theaters. I am being serious this time when saying it is time to chill out. “Solo” will be fine.

These anthology stories stray away from the main Skywalker Saga which includes episodes I-IX, and focus on a niche event or character. “Rogue One” focused on the ragtag crew of rebels that stole the plans for the Death Star. “Solo” will focus on Han Solo, the cocky smuggler that debuted in “Star Wars” in 1977.

According to Disney, “Solo” will recount Han Solo’s adventures years before meeting Luke on Tatooine in “A New Hope.” In their description, they reveal that the movie will show how Han runs into Chewbacca, how Han meets Lando and will explain the origins of the Millenium Falcon.

The “Solo” trailer is the new target for haters and Star Wars fans. Critics have said that Alden Ehrenreich, the actor who plays Han, doesn’t sound or act anything like Han did in the normal Star Wars Saga, who was played by the legendary Harrison Ford.

It is true that Ehrenreich is no Harrison Ford, but remember that Mark Hamill was also a nobody in 1977. Ehrenreich will probably not be remembered for his role, or even surpass the mighty Ford, but fans should give him a chance. Fans gave Daisy Ridley a chance as Rey with the sequel trilogy similarly as they did with Hamill as Luke.

This negativity is partially based off the bitterness left from “The Last Jedi”, as many people thought the film destroyed their childhoods. But the issues that arose during production of “Solo” have also stirred up heated responses. In June 2017, “Solo” went through a directing change.

“Solo” looks different, but still looks promising in many aspects. Lando, a character who was introduced in “Empire Strikes Back” as an old friend of Han, is played by Donald Glover.

Glover won two Emmy awards for “Outstanding Lead Actor” and “Outstanding Directing” for the television show “Atlanta.” If there is anything to be excited about for “Solo”, it is Lando.

But other memorable faces are in “Solo”. Emilia Clarke plays a new character named “Qi’Ra”. Joonas Suotamo returns to play Chewbacca. Suotamo played Chewbacca in “The Last Jedi” and was a stunt double for Chewbacca in “The Force Awakens.” Additionally, Lawrence Kasdan, the screenplayer for whom most fans consider the best Star Wars film, “Empire Strikes Back, also wrote the screenplay for “Solo.”

“Rogue One” proved that Lucasfilm can create successful anthology movies. According to some fans, “Rogue One” is their favorite Star Wars film. “Solo” may just do the same for others.

It is hard to know exactly when the Star Wars fan base became so divided. Since the Disney takeover, it is clear that there is a small and loud community that rejects anything new that is announced or released. There exists an other side that accepts the same things with open arms. These people, unfortunately, are criticized for not being “real” fans or are simply insulted.

“Solo” is competing with Marvel’s new Avengers titled “Infinity War.” Although the “Solo” trailer already surpassed its 24 hour mark, the views are nowhere close to its competition. The first “Infinity War” trailer broke records at over 200 million views in 24 hours. Furthermore, Solo is the first Star Wars film to be competing with a Marvel movie in the same month, even though they are owned by the same parent company.

It is impossible to tell how the movie will turn out from a trailer. Frankly, we should all take Hamill’s advice and realize that “[Star Wars] are just movies.”