Why “Call Me By Your Name” deserves an Oscar 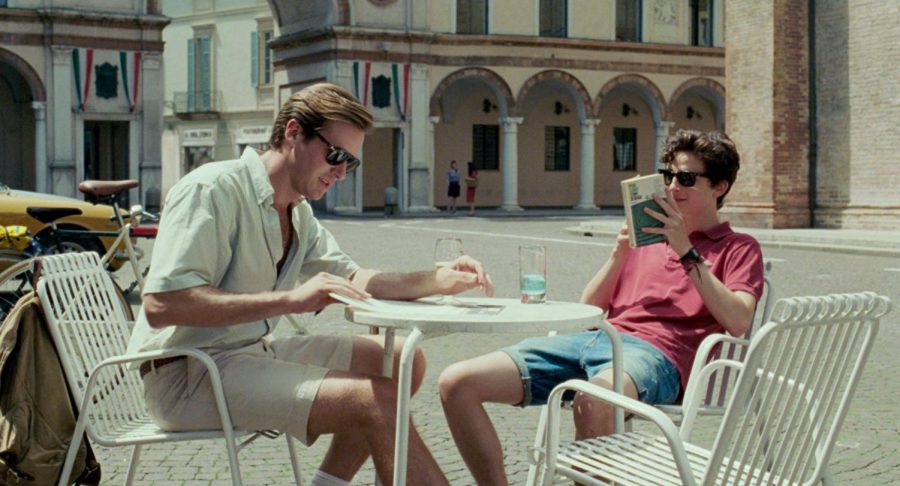 The coming of age story “Call Me By Your Name”, which explores naive love and a young man’s curiosity about sexuality, has garnered attention for its portrayal of emerging LGBTQ relationships in the 1980s.

For more reasons than one, this movie should receive all its Oscar nominations, and with ease. Now hear me out.

The movie is based off of the 2007 fictional novel “Call Me By Your Name,” written by Andre Aciman. Director Luca Guadagnino and cinematographer Sayombhu Mukdeeprom create an intimate look at the two main characters from the novel, “Elio” and “Oliver”.

It is fairly easy to see when chemistry is being faked by actors, but this movie has none of that. Every character in their own way has some sort of defining personality that transcends just the role they play.

Each actor or actress has a firm grasp of who the character is and what they are meant to mean to Elio. Each person plays a crucial role, leading to some overall bigger influence on him.

The emotions and feelings are all there. You feel everything as intensely as the character, and in turn, you experience the sort of second hand emotion vicariously thru them. Every awkward encounter and embarrassment of young love makes you feel the flush and raw emotion of Elio and Oliver’s new found feelings for each other.

“This is a movie about a family, compassion, transmission of knowledge, of being better people because someone’s otherness changes you,” Guadagnino told The Guardian in 2017.

The ambiance of the film’s score and soundtrack music creates a long lasting effect, leaving me wanting to relive the beautiful shots of the movie once more when remincining to the songs. The whimsical music provokes much emotion, proving to be one of the most integral parts of the film. The music only amplifies the already intense feelings given from the characters.

Sufjan Stevens created an entire ensemble specifically for the film. His song “Mystery of Love” received an Oscar nomination for Best Original Song.

The natural sounds of the flora and fauna of the small Italian town also reverberate throughout the movie. Notable Classical artists such as Johann Sebastian Bach, Valeria Szervánszky & Ronald Cavaye set the backdrop for key scenes.

As for the relationship between Elio and Oliver; it is a complex one. In most cases, these movies have one of those stereotypical “Awww” moments when both counterparts fall in love. This is not one of those movies.

Instead, this movie is poignant and free of a sugar coat. A refreshing tale of love and its vulnerability. For clarification, here is a brief background.

Oliver is a 24 year old graduate student finishing his thesis. He is shadowing notable anthropology professor who, you guessed it, is Elio’s father. A 17 year old Elio takes him under his wing and shows him around Italy, prompting the two to become increasingly close, both in intimacy and relationship.

I know what you’re waiting for, and trust me, I was waiting for it to. However it never came. There is no dramatization of his parents finding out what he has done. There is no terrible disappointment for finding out their son is gay. Like I said, it is not that movie.

What makes this movie so refreshing is that it is not a tale of the so called “tragic gay” we see so often in movies. Instead of his sexualty being exploited for the sake of a plot line, he is spared.

The physicality of sex is not the narrative peak, and rightfully so. It is rather a stepping stone in his journey of sexual liberation and finding oneself. This is a pivotal thing to highlight. This film is not about a sexually confused young man having to sneak around in blind fear of being gay. It is quite the opposite actually.

The movie explicitly shows Elio experimenting with other women. However this is not what makes him truly happy. The thing that makes him happy is Oliver. That is what makes this movie so charming and rare. While the sexual tension is there and ultimately relieved, that isn’t all there is to the story.

Elio isn’t only happy when he is giving into his sexual fantasies. This is important to note. He is happy when he is simply with Oliver, spending time with him doing normal, everyday things.

While no, this is not your “traditional” love story, I think that is what makes it so perfect. It is an accurate and unapologetic account of what it is to be in love, and for everything it is worth. A timeless film that deserves all its accolades.