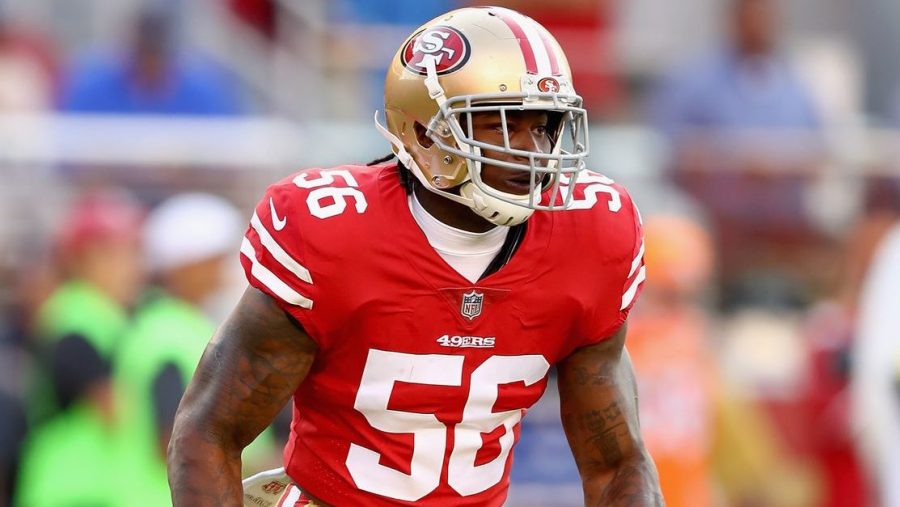 San Francisco linebacker is talented, troubled off field
The San Francisco 49ers, as a franchise, have been in this position before. A star player at an important position caught up in off-the-field issues due to arrests. Over the past five years, the 49ers have found themselves jettisoning the likes of Aldon Smith and Ray McDonald after various run-ins with the law.

But this is uncharted territory for head coach Kyle Shanahan and general manager John Lynch. Both are entering their second season with the 49ers. At some point in the coming months, they will need to make a crucial decision regarding linebacker Reuben Foster’s status on the roster.

Foster was arrested on Feb. 11 on charges of domestic violence, threats and possession of an assault-style rifle, according to the San Francisco Chronicle. The incident and ensuing arrest was Foster’s second of the NFL offseason. On Jan. 12, Foster was arrested in Alabama, charged with second-degree possession of marijuana, according to ESPN. In Alabama, that is a Class A misdemeanor.

If the team is serious about building a pristine culture, Foster’s two recent arrests present a problem. How many alleged incidents can the 49ers tolerate in order to accomodate Foster because of his talent?

Since Shanahan and Lynch took over prior to 2017, they spoke of adding the right people to the roster. The 49ers want to build a culture of high-character players on and off the field, as Shanahan told ESPN last September.

“I think the most important thing is getting the right people,” Shanahan told ESPN. “Everyone can talk about the culture and what you’re trying to build, but you have to get the right people who are capable of being a part of the culture you want because it’s got to be natural.”

San Francisco took a chance on Foster in the first round of the 2017 NFL draft. The 49ers knew of his injury history and concerns over his off-the-field behavior. Foster battled a shoulder injury prior to the 2017 draft. He was also sent home from the NFL scouting combine prior to the draft after he failed a drug test and got into an argument with a hospital employee. But San Francisco felt a player of his caliber was worth it.

Or, at least, it seemed worth it if Foster could stay out of trouble in the NFL. But now almost a year later it appears that Foster’s off-the-field issues run counter to the culture the 49ers are trying to build.
The 49ers have not made a decision regarding Foster’s future as the investigation into his latest arrest is ongoing. It would be premature to say that Foster should be cut based on his latest arrest. But this much is clear: just by having two recent arrests Foster is putting the team in a difficult spot.

In last April’s draft, the 49ers saw an immensely talented, if flawed, young player. Perhaps a franchise-changing talent, who could one day fill the massive void left by former linebacker Patrick Willis, who retired in 2015.

During his rookie season, Foster showed what many expected of him with flashes of great play along with multiple injuries. Foster played in just 10 of San Francisco’s 16 games, but he had the second-most tackles on the team with 72, trailing only cornerback Dontae Johnson’s 77.

The 49ers, as a franchise, have made progress in changing their image after employing a slew of players with off the field issues. How will they handle Foster who has been an offseason headache for the team, but is undeniably talented?

In the past, the 49ers got rid of Smith who was arrested multiple times for DUIs. They also got rid of McDonald in 2014, cutting him after he was accused of sexual assault. Former San Francisco cornerback Chris Culliver, arrested on charges of felony hit-and-run in 2014, was not released in the aftermath of his incident. However, the 49ers did not re-sign him in 2015, as he departed to Washington.

Players with those types of incidents were bruising the public perception of the 49ers as a team. Shanahan and Lynch aim to change that by keeping those type of players off the roster and so far it’s working. The team found its franchise quarterback, Jimmy Garoppolo, and tallied five straight wins to end the 2017 season.

For the first time in four years, things were looking up for San Francisco. But Foster’s incidents were a rude awakening and a peek into a harsh reality. Even if Foster’s talent is able to buy him more time in San Francisco, he will have to prove he can eventually assimilate into the 49ers’ new culture.