Now is the best time to be a Kanye fan 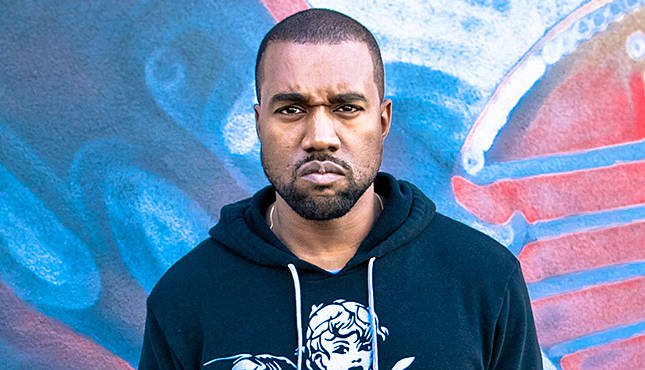 Kanye West is crazy. Hate him or love him, you can’t deny that he is. Fortunately for Kanye fans he hasn’t done or said anything ridiculous lately and has been flying under the radar.

We’re a couple months into 2018 and thankfully Kanye West fans don’t have to cringe at his actions or bow their heads in shame for supporting him. So far, he hasn’t met with Donald Trump, walked out on one his own concerts, stolen the microphone at an award show or told America that “Bush doesn’t care about black people” on live television.

Now is a great time to be a Kanye fan. As we all may know, he has a large variety of controversial moments and outbursts to choose from. Without him currently acting like a jackass in public, fans aren’t being chastised for liking the guy who believes he’s more influential than anyone who has ever lived.

“Stanley Kubrick, Apostle Paul, Picasso. F*cking Picasso and Escobar!” is what West said in audio of a meltdown backstage of “Saturday Night Live” in 2016, according to NBC. “[I am] by 50 percent more influential than any other human being. By 50 percent dead or alive, by 50 percent for the next thousand years!”

Despite those who think Kanye is an egotistical, no talent maniac, the Chicago native has won 21 grammys and various other music awards. The rapper, singer, songwriter, producer, fashion designer and entrepreneur is not famous for nothing.

All eight of West’s albums have gone platinum. His latest album, “The Life of Pablo,” is the first entirely streaming-only album ever to go platinum, according to Billboard.

Kanye Omari West got his start in the mid-90s as a producer. In his early work he produced for Mase, Jermaine Dupri, Lil’ Kim and eventually Jay Z, according to Mic.com, a digital news company.

He later released “Through the Wire” his first single which debuted on Sep. 30, 2003. It was written and recorded with his jaw wired shut after a car accident in Oct. 2002. Kanye was different from the other rappers at the start of his time.

“But he wasn’t rappin bout coke and birds, it was more like spoken word.” A line taken from the song “Through the Wire” in 2004 explains early on how different he felt.

Kanye defied what is referred to as the “bling era” of the early 2000s by sampling soul music and wearing pink polos and backpacks. Rappers who excelled during the time like 50 Cent were wearing baggy clothes and had the tough guy, gangster persona. They were making music with the same Timbaland style sound and glorifying expensive lifestyles.

In his debut album, “The College Dropout,” he went over topics such as religion, family, prejudice and materialism. According to the article, West’s subject matter was “unconventional for the time.”

Kanye even acknowledged how different he was with the song “Everything I Am.”

West samples music a lot. Many people don’t like the fact that he makes music from samples. He doesn’t just take a song and rap or sing over an already finished piece. He takes a piece of a song and builds from it.

Kanye goes far and wide for his music samples. A complete listenable history of his samples of his first six album was reported by The Verge. It ranges from Marvin Gaye and Lauryn Hill in “The College Dropout” to The Ponderosa Twins Plus One and Brenda Lee in “Yeezus.”

Besides music, Kanye is also a prominent figure in fashion. According to The Vibe, anything Kanye wore, people imitated. Trends like colorful polo shirts, shuttered sunglasses, leather pants, shirts around the waist, skinny jeans and long tees became trends after Kanye West. His most notable products are his shoes: the Nike Air Yeezy and the Adidas Yeezy Boost.

Because West has not been under fire in the media lately. Fans and even non-fans can appreciate his work.

“He is a jackass. But he’s talented,” said former president Obama in an Atlantic Monthly interview regarding his comments about Kanye West in an interview from 2009.

The essence of liking Kanye West and his boldness in music, fashion and art is being comfortable enough to openly like whatever you like and express what you think. Kanye takes chances in all aspects of his work, constantly setting trends and is not afraid to express or explore himself.

“Go listen to all my music, it’s the code to self-esteem. It’s the code of who you are,” West said in an interview with BBC Radio. “If you’re a Kanye West fan, you’re not a fan of me you’re a fan of yourself. You will believe in yourself.”

Although West does bring a lot of the heat on himself, he’s done a lot of respectable work. Don’t vote for him in 2020 for president — but give him the respect and appreciation he deserves because right now is the best time to be a Kanye West fan.