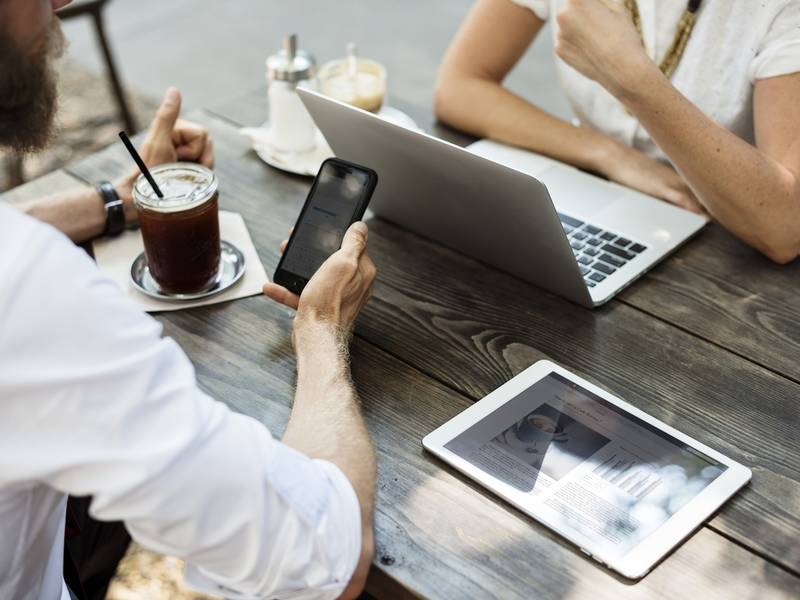 Robbers on the hunt for electronics
Coffee shop robberies have sprung up across the Bay Area in the past several months. Robbers are entering local Starbucks around Contra Costa and Alameda counties during broad daylight and stealing personal belongings of customers while they are using their electronics openly.

A string of laptop thefts date back to Oct. 2017, when thieves hit up three coffee shops, one at the Starbucks on Webster St., another on Park St. and the other at Peet’s in Alameda.

A crime occurred at the Hercules Starbucks on Willow Ave. around 12:35 p.m. on Jan. 8. Police were called to the scene. There were two armed robbers and one getaway driver in this incident, suspects were described as two African American adults between the ages of 18-20 years, wearing dark clothing and armed with a small handgun. They were last seen running toward a residential area, to the rear of the shopping center.

Timothy Sadlier was an eyewitness. Sadlier is a Starbucks employee who was in the store lobby on his break during the robbery.

“When the robbers entered the store, I had my back turned towards the lobby. They just came in and swiped my phone,” Sadlier told The Pioneer. “At first I thought it was a customer messing around with me until I turned around and saw a gun pointed at my face. Soon after that the robber turned around to snatch a laptop from a customer who then refused to hand over his electronics. The customer was then pistol whipped for not following directions.”

Sadlier ultimately found the right opportunity to leave the lobby and flee to the back room to seek help from his manager and co-workers.

Courtney Wentz, Starbucks supervisor, was in the back room washing dishes and heard commotion from customers in the lobby.

“When I ran to the lobby to see what was going on, everyone was panicking and then I got scared to know there was a gun in our store,” Wentz said.

The store manager, who would like to remain anonymous, then called the police. Hercules Police Department responded to the 9-1-1 call. They came to the scene in a matter of minutes along with Fire and EMT to assist a man who was bleeding from being pistol whipped. The victim was transported to a hospital with non-life threatening injuries.

Hercules Starbucks then followed directions from Hercules Police Department. They gave their firsthand accounts to officers. The Willow Ave. Starbucks then continued to run business as usual after the incident.

The investigation is ongoing and no arrests have been made at this time. Police continue their investigation and hope to catch the suspects.

“After a business is robbed, it is important that all victims, customers stay where they are, lock doors and protect the crime scene,” Connie Van Putten, public information officer for the City of Hercules, told The Pioneer.

When studying with electronics in public spaces, Van Putten recommends having your back to a wall in order to be aware of your surroundings wherever you are, whether it be a shop or a restaurant.

She also recommends that if you ever find yourself in a situation where you may be robbed, it is important to remain calm. Personal belongings are replaceable, you are not. If you panic, you’re in turn going to prompt panic in people around you.

Always make sure you make eye contact with the assailant. If you are going to make physical movements, announce your next move and make sure your motions are seen by the robber.

Robbers do not want to feel threatened or give you the opportunity to call the authorities. Follow all directions accordingly. After the robbers leave then you call the police and follow their directions.

Police say these crimes at cafes are a matter of opportunity and easy access to electronics. “Consider using tracking software so you can find it if it becomes lost or stolen,” said Wayland Gee, Alameda Police lieutenant.

Many students, business personnel and coffee enthusiasts use coffee shops as a quiet environment to get their work done. With many people placing their electronic devices such as phones, laptops and camera on the tables, robbers have easy access to snatch and grab. Always be aware of your surroundings.