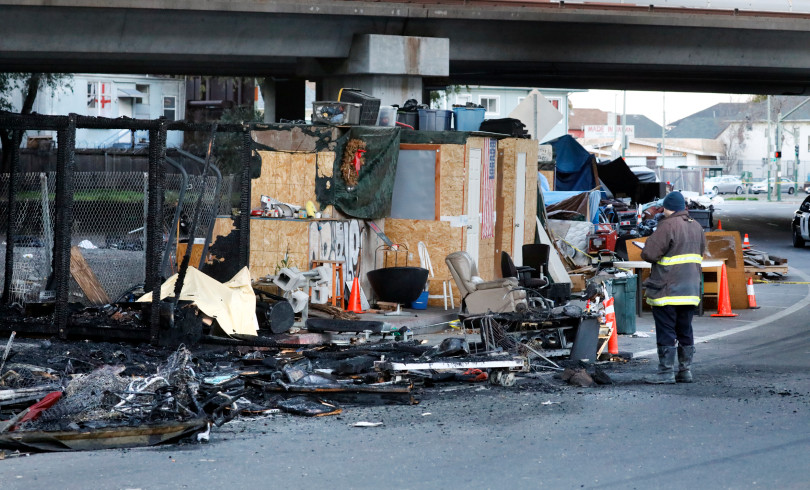 Oakland police and fire investigate an early morning fatal fire on Northgate Avenue in Oakland, Calif., that burned a small part of a larger homeless encampment at Sycamore Street on Monday, Feb. 12, 2018. The body of a man was found in the fire. (Laura A. Oda/Bay Area News Group)

On Sunday, Feb. 11, a fire broke out at a homeless encampment on 2600th St. and Northgate Ave. in West Oakland. The fire led to the death of an unidentified adult male. Police responded to a report of a fire at approximately 5:25 a.m., when the fire caught onto a makeshift shack.

Just two days ago, there was an encampment fire on 23rd Avenue and East 12th St. This fire was recorded by a community organization called “So Oakland” through their Instagram account. No other injuries were reported, yet there is now a huge call for help to obtain proper resources to support these encampment residents.

The causes of these fires are still under investigation. According to the East Bay Times, the residents at the encampment on Northgate Ave. has held a memorial for the resident who passed away later Monday evening.