Cuddle parties: A remedy for the ‘touch-deprived’ 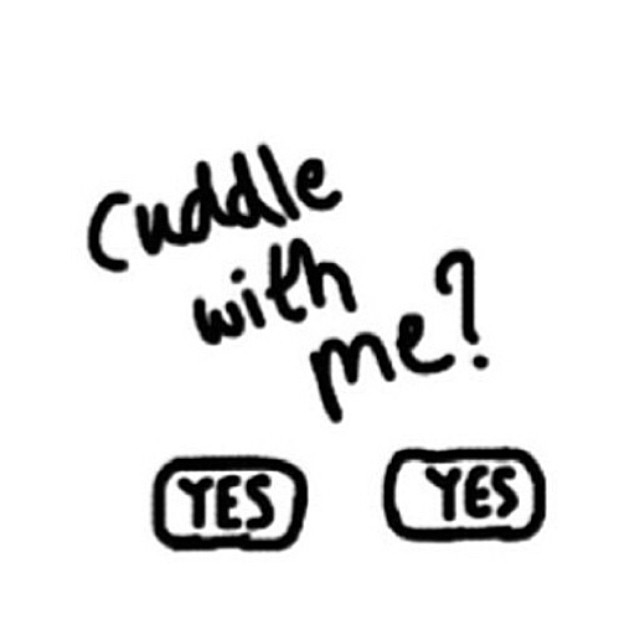 Although there was less than 20 people present, the chatter inside the room reflected a vibrant energy of twice that amount. It was 7:30 p.m., and since the venue was usually rented out by yoga instructors, the Downtown Berkeley space gave a minimalistic vibe with next to no decor.

Attendees gathered in a circle, resting on futon mattresses and wearing pajama-clad or whatever was comfortable to sleep in. They each had a name tag.

As everyone settled in, some began participating and snuggling with others with arms wrapped around their neighbor’s shoulders or resting their heads on chests. The facilitator, Mara Heppen, introduced herself and began a welcoming circle, moving clockwise.

She asked questions like, “What is your name? Where did you come from? Or how did you learn about cuddle parties?”

Once everyone was acquainted with each other,it was time for the “no exercise.”

The rules were explained after several “heartbreaks” later.

“Pajamas stay on the whole time,” explained Heppen. “This is a strictly non-sexual event.”

Other rules focused on verbal consent. One wouldn’t be able to touch anyone, even something as small as a hair stroke, unless they asked permission and had a verbal agreement. “If you’re a yes, say yes. If you’re a no, say no,” Heppen told the room.

She pointed out that participants could change their mind at any time. No one in the room was bound by a contract if they agreed to one thing but wanted something else later on.

What if someone is in between? A maybe? That, too, was a no, she explained, as maybes are an invitation to being asked again.

With the rules clearly set, Heppen moved on to more exercises, as everyone gathered across the room with people they hadn’t spoken with into small groups for a pair-and-share on what kind of touch they like and what they don’t like.

The hugging exercise came next. Everyone, for 60 seconds, took turns requesting hugs from one another. This also involved verbal consent.

Finally, the last exercise involved each group negotiating to do some kind of platonic touch activity, such as spooning, back rubs or even nothing at all.

An hour later, the part that most participants had long anticipated for arrived: freestyle cuddling. For the next two and a half hours, participants were free to cuddle, or not, as they pleased.

This is a cuddle party.

Cuddle parties are typically a four-hour hybrid workshop and social event that, according to the official website, “are designed for adults to explore communication, boundaries and affection.”

Since 2004, cuddle parties started in New York as “the brainchild of two relationship coaches, Reid Mihalko and Marcia Baczynski,” according to the official website. Today, cuddle parties have spread throughout the world where events are hosted regularly in cities such as San Francisco and Melbourne, Australia.

Participants are not required to do anything at a cuddle party besides follow the rules. If one doesn’t wish to cuddle, they could simply sit down, read a book or help themselves to some snacks and nonalcoholic beverages. Participants can even leave at any time, although one would need to leave within the first hour to get a full refund.

According to its website, Cuddle Party is a “federally recognized non-profit educational organization.” They are a trademarked entity and each event costs about $30.

Both Mihalko and Heppen stated that all cuddle parties follow the same format and are about 90-95 percent the same.

“They challenge people’s perception that adults can cuddle and not turn it into something sexual,” said Mihalko.

For some, they have also transformed lives.

“The language and the skillsets that I learned in a cuddle party just completely transformed my life,” said Heppen. “It gave me a permission to ask for what I want and needed in the world. I didn’t know it was an option before. I never heard anyone talk like that or ask for things. It greatly improved my life and wellbeing.”

David Leston, a Hayward resident, has been attending cuddle parties for 10 years. “The biggest thing for me is that I learned that I really like hearing ‘no’ because when I hear people say ‘no,’ it means that I can trust them to take care of themselves and set their boundaries.”

Leston added,“I’m not always fearless in what I want, but now I’m a lot less fearful these days than I used to be. I found it’s really amazing what you can get when you ask for it.”

Mihalko explained that the workshop portions are usually long enough to cause those types of people to leave as he found them to often be impatient. For those who are persistent or frequently break rules, they’re asked to leave.

For Heppen, she stated she only had one incident of blatant non-consensual sexual touching, to which she acted by removing that person from her meetup group and banned him from attending all future cuddle parties.

“I also contacted all the other local cuddle party facilitators and gave them his name and photo and alerted them about his behavior,” Heppen said.

The cuddle party concept was conceived by Mihalko, who is a professional sex educator. He stated he originally wanted to a create a party for massage therapists and others who work in fields that involve touch therapy to “take a night off” and practice receiving touch. Eventually, the parties became popular enough that Mihalko’s friends, who weren’t involved in those fields, became interested.

There was intimidation, however, as Mihalko stated that two of his friends, who were construction workers, were intrigued by the party’s concept but felt like they wouldn’t fit in. Mihalko then jokingly proposed a different kind of party.

He told them, “Listen, if you guys are too afraid, why don’t you bring your pajamas and your teddy bears and blankets, and I’ll throw you a cuddle party.” He continued, “And I stopped and thought, we could actually do this. We could throw a cuddle party.”

The party was a success, Mihalko stated. He wanted to do more.

At his second cuddle party, Mihalko invited another friend, Baczynski. The two of them, as Mihalko put it, were “both nerds about empowering people.”

After attending her first cuddle party, Baczynski felt that the event was aligned with everything she wanted her life to be about and offered to help, to which Mihalko stated that he intelligently accepted her offer. She would then become cuddle party’s co-creator.

On the same weekend after attending her first cuddle party, Baczynski built the official cuddle party website. The website worked very well in their favor.

By the third party, the press had discovered cuddle parties.

“When the news story hit, back then in 2004, it became real to everybody because we had a website,” said Mihalko. “It was such a crazy idea, but [the press] went to the website, saw the rules and they thought, holy s—, this is real.”

Suddenly, more media outlets wanted to talk to its creators, as both Mihalko and Baczynski were bombarded with interviews from newspapers and magazine publications to radio DJs.

The two had no idea it would ever grow to the point where it would spread to other continents, where thousands of events have been hosted and attended by tens of thousands of people. They initially saw it as a “cool little workshop to host for our friends,” Mihalko laughingly added.

Mihalko said he and Baczynski understood the demand for cuddle parties and knew that neither of them could continue to host them all on their own. So, in 2005, they decided to train cuddle party facilitators and certify them to give the events “integrity and consistency,” he stated.

While Mihalko eventually stepped away from cuddle parties to focus more on teaching relationship skills and sex education, Baczynski, who moved to San Francisco in 2008, continued working with the organization and trains facilitators in the Bay Area.

What exactly do facilitators do, then? And how does one become certified?

Heppen, an Oakland resident who became a certified cuddle party facilitator in 2016, said she was coached by Baczynski. The certification program has a fee, which is $995. There are two major parts involved and the whole process takes four months to complete.

One is a paid course called “Foundations of Facilitation,” available online or in person. The course is a two-and-a-half-day workshop and Heppen described it as learning how to run a workshop and how to take care of yourself. Anything one would need for hosting a cuddle party or similar workshops are taught here.

The second part of the training process is only for people who want to become cuddle party facilitators. It’s taught on an online video conferencing platform called Zoom, which Heppen described as “Skype but for groups.” It’s a 10 week self-paced course, including one to one-and-a-half hour weekly meetings.

Once completed with the courses, a facilitator-in-training will host three training cuddle parties, which Heppen said are about the same as regular cuddle parties, except that surveys are handed out at the end of the event to get feedback from participants. Facilitators must also do a self-survey to reflect upon their own experience.

As of today, Heppen has hosted over 20 cuddle parties with no intention of stopping anytime soon.

Even after 13 years since its introduction, cuddle parties continue to grow, amassing more participants that are, as Mihalko puts it, “touch starved.” Even for those who do receive enough touch in their life, cuddle parties have changed outlooks on life through empowerment by challenging their fears of asking or rejection.