Solange at the Greek 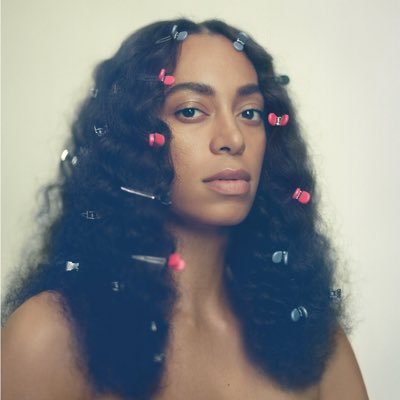 I had first seen Solange perform live at a country fair in 2009. This is around the time people solely knew her as “Beyonce’s sister.” While the vocals seemed to be there, she had an unbridled sense of awkwardness on stage that she just could not shake throughout the entire performance. 6/10 at best.

Her loose and sporadic movements coupled with a general lack of comfortability on stage, made for a amateurish show. Needless to say, I was disappointed.

Fast forward to summer of 2017 at the Outside Lands music festival in Golden Gate Park in San Francisco. I was eager to see her live once more, and figured during the duration of her career thus far, she must have improved her stage presence, right?

Right. And in a big way. In the mere one hour set she performed at Outside Lands, I was utterly blown away.

I arrived at the Greek Theater in Berkeley on a recent balmy Sunday evening expecting a lot to be honest. I was there to see Solange headline a show with opening acts Flying Lotus and Chassol.  I could not believe the same person I saw at the county fair was now this angelic being with an unparalleled set of vocal range that you truly have to see live to believe.

Solange has produced a myriad of music, but quite possibly her most notable achievement was the release of the critically acclaimed album “A Seat at the Table,” which dropped in 2016. The album features real life talking bits with family members and notable black influencers. It was a cohesive labor of love that certainly told a story from start to finish. She spent much of her set at the Greek performing songs from this album.

Solange received the NAACP Image Award for Outstanding Album for her impeccable work on “A Seat at the Table.” This is one of the pinnacle peaks of success in her career, as a black woman. Receiving an award at such this caliber of the extremely selective and highly regarded organization of the NAACP, I think it is safe to say, and for lack of better words, Solange did the damn thing.

Now let’s talk about her merch table at the Greek Theater show. All of her shirts and sweatshirts promoting her latest album were distinctly abstract. Instead of huge markings across the chest, it was rather a variety of shapes and symbols scattered somewhat aimlessly on the item of clothing itself and boasts feminist and pro-black lyrics.

Solange is a visionary artist ahead of her time, and you have to see her set in person to really understand. Not only did she choreograph the entire performance, but also designed the elaborate set boasting a variety of pyramids and spheres: The stage had a certain aesthetic to it, having only white props and distinct lighting to cast shadows on said objects. She had sketched out the outfits for every single artist in the ensemble, giving an extreme attention to detail in order for them all to have a unison look.

She also delivered unmatched vocals that gave me goosebumps and tears all at the same time.  Solange has a distinct sound to her voice never heard in the industry before. Her backing tracks are simple yet so effective when paired with her sweet and sultry yet celestial voice.

Two female backup singers accompanied her during the performance, aiding in both vocals and dancing sequences. They sang minute-long riffs in integrated unison, which created a dynamic show that rarely left you looking at anything but them.

The choreography of the entire show was minimal yet precise. Instead of explicit dance moves, it was rather a series of coordinated and synchronized movements, all done in unison to some capacity. It amplified the music with their structured yet highly interpretive moves.

By the end of the concert I had cried three times, and taken god knows how many full length videos on my phone. I do not really know what we did to deserve this ethereal being promoting nothing by positivity, light, and spirituality, but hey; I’m not complaining. All in all it was a great show that left everyone wanting more.