Fantasy football culture in america: Loophole in illegal gambling or game of skill? 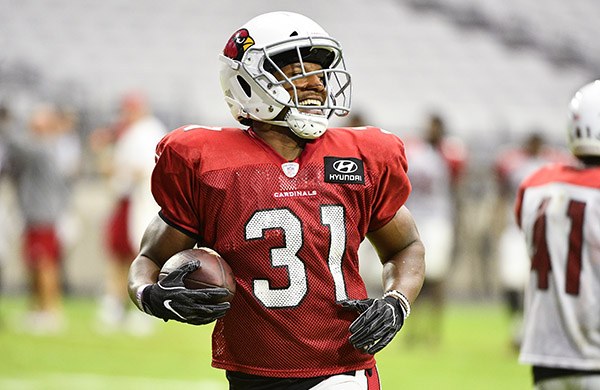 Fifty-nine point three American and Canadians participate in fantasy sports each year making it a $7.22 billion industry, according to Fantasy Sports Trade Association.

With a 17 week NFL regular season schedule, we are right in the heart and soul as well as the excitement of fantasy sports. This activity of fantasy sports is a type of online game where participants compile their own “dream team” of real players from professional sports. In this activity the creator of the team acts as the “team “owner” which gives him or her the ability to draft, trade and cut players, giving most a feeling of being a part of their own real-life team. According to Fantasy Sports Trade Association, the percent of men is 66 percent and women is 34 percent while the median age is 38.6 and the average annual money spent per participant is an astonishing $556.

There are multiple sports that are a part of this such as soccer, MLB, NHL, NASCAR, NBA, college football, and the biggest turnout revenue, the NFL. Out of the 59.3 million fantasy players, 33 million participate in fantasy football alone.

The underlying question is, how legal is the participation in fantasy sports? Back in 2006, a legislation called the Unlawful Internet Gambling Enforcement Act banned online gambling to try and combat the gambling epidemic in the United States. 23 million Americans participated in that activity making it a $6 billion industry at the time. Not only is it illegal to bet or gamble online, it is illegal to bet on sports in every state besides Nevada.

With sports gambling scandals such as Pete Rose, the 1919 World Series and the NBA referee in 2007, it is easy to see why sports gambling has been regulated to only Nevada. The question is did this ban make a difference in illegal gambling on sports?

According to sports reporter for the Washington Post, nearly $4 billion is bet on sports legally in Las Vegas yearly, but there is a huge gap of illegal gambling which is an estimated $80 billion to $380 billion wagered illegally through offshore online betting as well as office and neighborhood pools.

Do fantasy sports fall into the $80 to $380 billion? The main argument for it not falling into the category of illegal is that it is a game of skill. It is seen as a skill for the fantasy team “owners” to create the best teams by compiling statistics and facts about the game whereas online gambling is only about luck. In the Unlawful Internet Gambling Enforcement Act of 2006, it specifically exempts fantasy sports, which makes the activity completely legal. With the NFL season in full swing, we are drowned in statistics, news about injuries, and standings.

Whether we participate in fantasy football or not, it is a part of our culture as Americans. Some schedule days to have a “draft party” making it an entire event. Others can find websites to participate in the drafts with people around the country such as Fan Duel and Draft Kings as two of the bigger ones. Fantasy sports are not about the professional teams themselves, rather the players on these professional teams. Now it is becoming even clearer that those who participate are focusing solely on their drafted players rather than their favorite organized professional team.

The number one sought out NFL fantasy player this year, running back for the Arizona Cardinals, David Johnson, dislocated his wrist week 1 of the NFL regular season. This means he is expected to miss 2-3 months of the NFL season which is only around 4 months. Being the number one sought out fantasy draft pick, Johnson more than likely ruined the season of those who drafted him. Those who are lucky enough to get him, aren’t too happy about the outcome of his as well as what they see as their season. They are taking to all social media to express their anger, and would rather have him out on the field as soon as possible, disregarding if he is fully healed or not. David Johnson has spoken out to the media and reporters and has stated that the last thing on his mind is fantasy football. Just recently Richard Sherman, cornerback for the Seattle Seahawks spoke out about how fantasy football makes fans look at the players as less human saying that it is devastating to those who are actually playing the real game. As well as the tight end for the Green Bay Packers, Martellus Bennett, who tweeted, “I don’t care about your fantasy football team. Sincerely real-life football guy.”

The fact that a hurt plater whose season as well as a part of their career is partially over was expected to worry more about ruining others season rather than his own is the reality of this activity. A multi-billion dollar industry, fantasy sports have generated more talk, controversy, and more money than any hobby that has ever emerged.