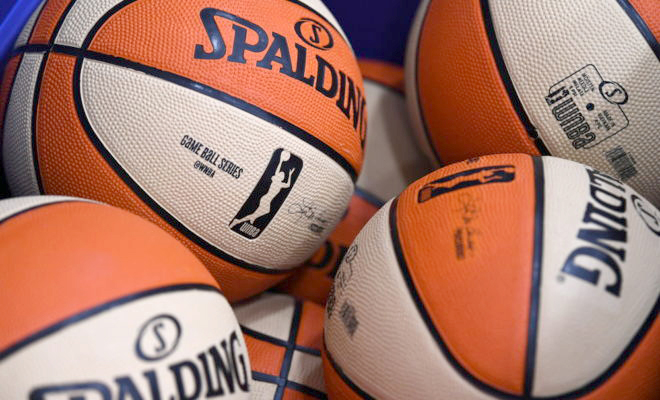 It’s game five of the Women’s National Basketball Association (WNBA) Finals and the Los Angeles Sparks are facing the Minnesota Lynx in what was their second time in a row going head-to-head in the finals.

The entire five-game series was a back and forth battle between the two teams and demonstrated what the WNBA is and always has been made of: great basketball. Women’s basketball and women’s sports, in general, are often scrutinized and made out to be that they can’t live up to the expectations that male athletes can. This series proved otherwise.

Game one of the series was one for the books. The Sparks earned the win in Minnesota territory when Chelsea Gray hit the game-winning pull up jump shot with 6.5 seconds left on the clock to win the game 85-84, silencing the Minnesota home crowd.

The Sparks were up 1-0, and being a Los Angeles native myself and also having interned with the Sparks for their entire 2017 season up until the finals, I must say I was going absolutely crazy in the library as I tried to do homework and watch the game simultaneously.

The second game was played in Minnesota again and this time the Lynx won 70-68, tying the series 1-1.

Every game was competitive, with each team yearning for success. Neither was going out with the fight.

For game three, the two teams traveled to Los Angeles to play on the Sparks home court at the Staples Center.

I have to admit, I was quite hurt I wasn’t able to attend and work the game, missing out on the experience of what the finals would be like from the forefront, but I rooted for my team at a distance via Xfinity Streaming. It definitely wasn’t the same.

The Lynx and the Sparks headed back to Minnesota for what was the championship game five.

My hopes and wishes were that the Sparks would repeat what they had done the year before: win in Minnesota territory and bring the trophy back to LA.

Unfortunately, that would not be the case.

Minnesota was able to get the upper hand on Los Angeles and won the game 85-76 which put the trophy in their hands.

It was a bittersweet moment for me. Bitter because my team lost, but sweet because of how much support, attention and respect that not only the WNBA received, but women as a whole. As I scrolled through my timeline on Twitter, I was taken aback with how much well deserved support these women were getting, not only from women but from men as well. Usually, on Twitter, I see ongoing disrespect of women in sports and the WNBA.

So this was different, it took long enough.

People were finally realizing how great these women are and always have been. That they can play ball and play it well. This isn’t new news, it’s always been this way, but for so long people have neglected women’s sports with false assumptions that they can’t live up to the expectations of their male counterparts.

This series proved to many that such an idea is far from the truth.

The rivalry between these two teams is too good to ignore.

Amazing players, playing an even more amazing game. It helps reject the idea of men vs women: an idea that shouldn’t even be embedded in an individual’s heads in the first place.

It helps put the WNBA on the map of leagues people need to watch. Women’s sports are just as entertaining as men’s.

It brings a sense of happiness upon me to realize the progress this league is making, but there is still work to be done. Until the stands are filled for every WNBA game and the league starts expanding, I won’t be satisfied.

So in my own efforts, I will continue to support, open other’s eyes to what women can do on the court, and spread the word of the amazing league that is the WNBA.