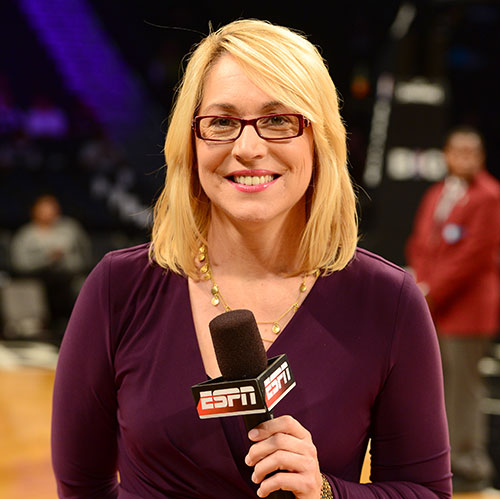 Sept. 25 marked a defining day not only for sports journalism but for women around the world. Doris Burke, an ESPN NBA analyst, became the first woman to become a full-time game analyst on a national level according to ESPN.

Burke has worked for ESPN since 1991 according to their Media Zone site. She previously worked as a sideline reporter during the playoffs as well as a part-time game analyst. She has won multiple awards and has a great amount of recognition from fans and her peers alike for her knowledge of the game. Burke’s milestone will help to eliminate stigmas between sports announcing and women.

There have been long-standing double-standards with women and sports announcing. Criticism has been given to women Women have been criticized for their opinions simply because they are women. There are individuals who feel that women aren’t credible in analyzing a male’s sport. Regardless of who is announcing the game, the content and the insight are the most important factors that determine the quality of a broadcast. There is no better candidate than a person who excelled at playing the sport in her past.

Burke was a star basketball player at the collegiate level for at Providence College. At the time of her graduation, she held seven records at Providence including the all-time leader in assists. Having great success in the sport gives Burke the credibility and understanding she needs to grow into a great game analyst. This was a great accomplishment for Burke, but it serves as an even greater accomplishment for all of the women around this nation.

Historically, women have not had the same opportunities that men have. Less than 100 years ago, women were granted the right to vote. Less than 60 years ago, it started to become became common to see women in the workforce. Today there are still issues such as but not limited to unequal pay between men and women. These obstacles highlight the importance of a major network breaking the barrier for women on a national level.

Sports announcing and sports have a history of being male-dominated, but we are seeing more women in these fields than ever. In 2014, Becky Hammon became the first woman to be hired as an assistant coach for an NBA team. Sports and sports broadcasting alike are becoming more integrated and inclusionary.

Although Burke is the first full-time national game analyst, sports journalism is no stranger to setting the precedent for women working in this field. Stephanie Ready became the first full-time game analyst, on a regional level working for the Charlotte Hornets, in 2015 according to Sports Illustrated. Occurrences like these help with the representation of women in the world.

It is important for all groups of people to be represented in the mainstream media. There are young girls who will see these barriers being broken and become more confident in the amount of career choices they have to choose from. Burke’s hiring helps coalesce women and eradicate any stigmas surrounding women and sports.

Burke serves as a pioneer not only in the sports journalism realm but in the world as a whole, for blazing a trail that needed to be blazed. We need more women in jobs and roles that women have not always found themselves in. It is crucial to have true equality in a country whose principles stand on that very word. With the progression that the country is in, hopefully in the near future opportunities like these become more normal and frequent.