‘mother!’: An allegory pushed too far 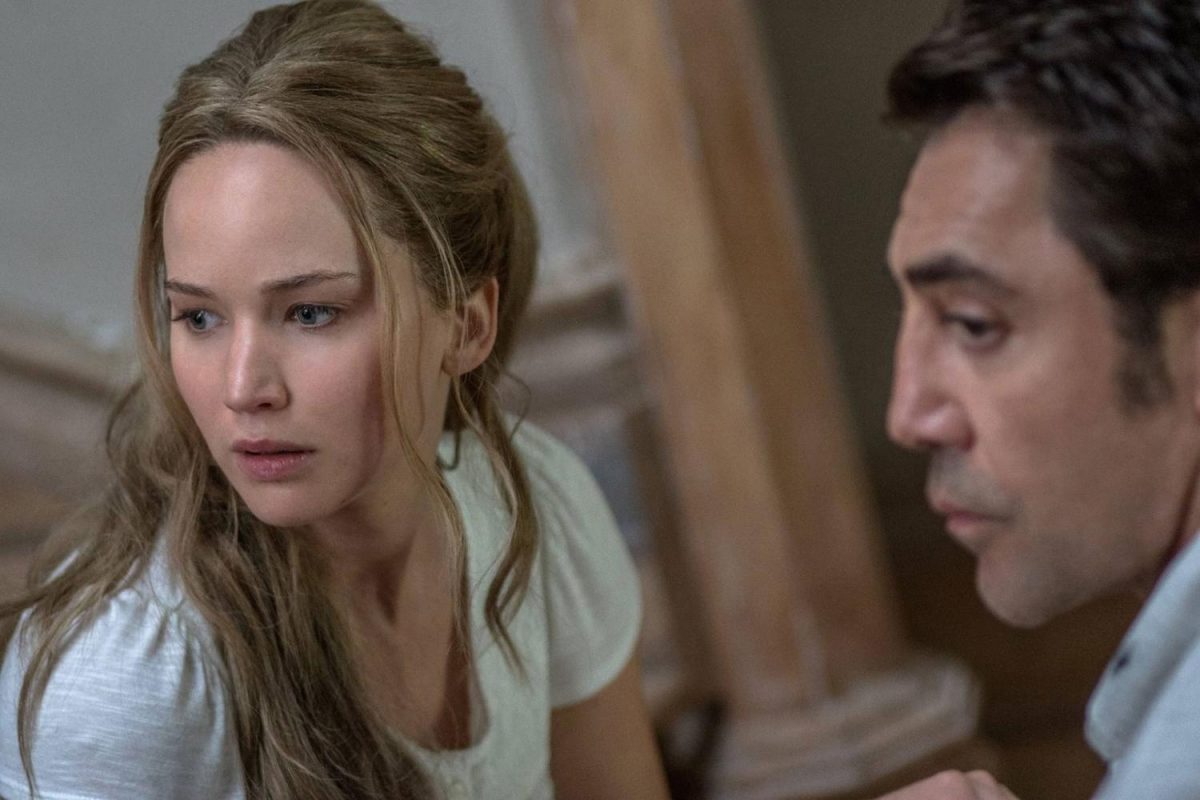 It is about a man and a woman who are labeled as Him and mother respectively in the credits. Him, who is played by Bardem, is an author who is struggling to write new pieces due to writer’s block. He lives in a house in the middle of nowhere with his wife, mother, played by Lawrence. The peace is disturbed when strangers start showing up and staying at their house.

The film has sparked some controversy with viewers over its biblical allegory and disturbing scenes. There is a part of the movie where mother gives birth to a boy, which is an allegory for the birth of Jesus, the son of God.

Him wants to share him to the people against mother’s will. And he does, which results in a disturbingly realistic scene of a baby’s neck being snapped and being fed to the people in the fashion of how people eat the bread or “Body of Christ” in church during communion.

If you’re someone who has studied the Bible before, the baby scene will likely hit you on a personal note. As a Roman Catholic, I couldn’t tell if I should be disgusted or offended. I wouldn’t be surprised if there are people who refuse to take communion at church after watching that graphic scene.

I never expected to see the day where the “Body of Christ” would be taken so literally. A friend of mine said he straight up walked out of the theater the moment the baby’s neck was snapped.

Right after this horrific scene, mother tries to fight back, causing the visitors to gang up on her and beat her to the pulp. They yelled strong derogatory terms at her, even as far as calling her the ‘C’ word. If the death of the baby didn’t shock you enough, the words you hear from the unwanted visitors out of nowhere will make your head tilt in disbelief.

The entire movie is an allegory depicting God and Mother Nature, Arkonofsky has said in interviews with the press. In the movie, Him is welcoming of the people who enter his home. The man and woman represent Adam and Eve, the first two people on Earth. The man and woman’s two sons represent Cain and Abel from the Bible, where Cain, labeled as eldest son in the movie, kills Abel, the younger brother, out of jealousy due to their parent’s favoritism towards the younger brother.

Mother is seen taking care of the house throughout the movie and has a weird physical connection to it. She claims the home as her own creation, just like Mother Nature did with the Earth. She is visibly upset to find unwanted visitors constantly welcoming themselves into the house and mistreating literally everything in sight, while Him is unbothered and says that everything in the house is also theirs. Near the end of the film, mother is physically and verbally abused by the visitors to a point where mother snaps and kills everyone.

Overall, the movie is hard to process, no matter how hard you try to put things together. The first half of the movie is done beautifully with some nicely-timed suspense.

It gives viewers time to try and soak up the drama. Then the second half of the movie hits. There’s so much going on that it becomes too overwhelming to sit through. One moment there’s peace and quiet, then all of a sudden, the visitors disrupt the peace in ways you least expect it. At one point you see a house party scene, then before you know it, there’s a legit war between the visitors and the military.

Being a psychological horror film, shocking the brain was probably the goal. Arkonofsky is known to create films that spark controversy due to their disturbing content, such as Requiem for a Dream and Noah.

The film stands out, but doesn’t match up to other horror based films released this year, such as IT and Annabelle: Creation.

Those films focus on scaring the living daylight out of moviegoers and spreading nightmare fuel for days. Instead, mother! focuses on messing with the brain to a point where people who don’t know the biblical allegories will freak out.

This film follows the horror format of character development and smaller scares throughout the first part of the film, while the second part becomes confusing by the minute. Other horror films keep the goal of scaring people in mind throughout their films. Mother! appears to overthink that goal to a point where it’s not as scary anymore.

If you still plan on ‘mother!,’ get ready to feel more uncomfortable than ever before. Having at least some knowledge of the Bible will either help you or scar you while watching this film.