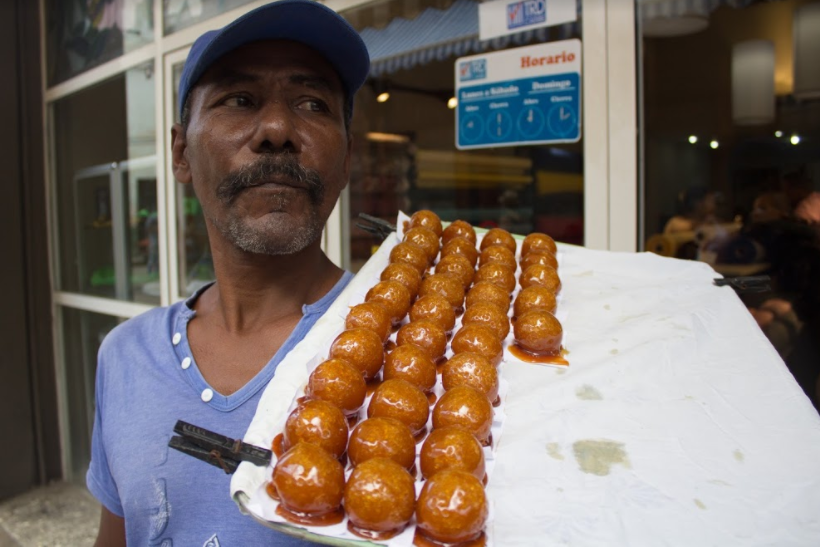 A crowd of people lines up against the Malecón near Old Havana late afternoon to wave goodbye to the cruise ship that came in earlier that week. People hold their phones up taking pictures with the ship as their background and even of it. This is the site every time a cruise ship says farewell and until next time to the locals. It becomes a spectacle, a place where friends and family come to hang out and wish well to the foreigners that visited this Caribbean island.

Havana, Cuba is a city with warm beaches at just a 30-minute drive, an old town filled with charm and colorful buildings. From an American perspective, Cuba looks like a place stuck in the 50s with old American cars, warm beaches, exhilarating music and a relaxed lifestyle which makes it a perfect destination for those curious in a vibrant culture and intense history. This creates a big business in tourism for the Caribbean island. Around four million tourists visited Cuba in 2016, according to Cuba Business Report.

“It’s a form of employment, when a Cuban works in tourism they have a different life,” Clara says as she folds towels outside of room 218 of Hotel Presidente. “I have been able to help my family, not only myself.”

Clara’s salary is 20 CUC per month which is equivalent to about 20 US dollars. As an American, it is hard to imagine living off of $20, but with extra side jobs, it makes life in Cuba a bit easier. Working as cleaning staff at Hotel Presidente permits Clara to receive tips or gifts from guests.

Her only son is into skateboarding and she remembers bringing home a pair of tennis shoes she had been gifted and telling her son to only wear them on special occasions. Of course, he ended up wearing them out, skating with his friends and ruining the semi-worn shoes, she laughs as she explains. The black Nike running shoes she was wearing were actually from some American guests as well. She’s very grateful though for this kind of help from outsiders.

The normal taxi driver also has to rely on tips from tourists in order to live a better life. Driving down the Malecon, taxi driver Luisito Verdecia reflects on how lucky he is to work in a job that is “clean and calm,” he says. His normal work day on Calle Linea, one of the main streets in Havana, can be up to 12 hours but typically he does eight to nine hours.

He drives an old black American car from the 50s that belonged to his dad and has been driving it for 11 years. He sees tourists from all over the world, especially Mexico, Poland and the United States. Verdecia drives locals as well but sees more tourists during high season which is during the months of October-May.

“I’d like them [tourists] to keep coming, but also wish to do tourism in the U.S. myself,” says Verdecia. Although the money that tourism brings in to the country helps him, he wishes to have the freedom of visiting the United States. Unfortunately that is not an easy process for Cubans given the US-Cuba relations.

The US and Cuba have had a rocky relationship since Fidel Castro took over the country in the late 1950’s. President Fulgencio Batista who was backed up by the states was overthrown by Castro, causing tension between the two countries. So much, that the US cut Cuba from its exports and made life harder for the Cuban people by limiting their access to supplies.

This is why Cuba may seem stuck in the past. It’s because of the embargo, started by Dwight D. Eisenhower in the late 50s during Batista’s regime. The embargo cut off the island of US exports such as medicine, car parts and sugar.

“Se acabó la diversión, llegó el comandante,” sang Ray Jr. when asked why tourism stopped after the revolution, which means “the fun has stopped, the commander has arrived,” referring to Fidel Castro stopping Bautista from continuously taking advantage of the people.

The song where they got this from is called “Y en eso llegó Fidel” by Carlos Puebla. It tells the story of how the people of Cuba had been oppressed under Bautista and how things changed when Fidel Castro began the revolution. This song shows respect towards the revolution leader Castro and Che Guevara.

There was an economic crisis during the 90s in Cuba and things were very limited for the locals. Cubans were not allowed to own property or businesses, which are known as private sectors. Paladares are restaurants owned by the people, not the state, and there wasn’t access to that.

“The government had to allow more private sectors because the state can’t afford it,” says Ray Jr. “Casas particulares” are like Airbnb, people can rent out their rooms to tourists or even locals at a price determined by the owner of the home. This didn’t become available until about six years ago when the government realized the influx of tourists and the lack of infrastructure they had to deal with all these people, Ray Jr. mentions.

Ray Jr. has a “casa particular” of his own, it’s a small apartment on the third floor of a tall building that is only accessed through a flight of stairs. It’s right up the bustling 23rd street in Havana near one of Havana’s movie theatres. You walk into a small living room that leads to the dining area and a closed off kitchen.

Ray Jr. is getting a manicure by his wife as two girls from Denmark say goodbye to him and thank him for the hospitality and for getting them a place in Vinales where they were going for the weekend. “Casas particulares” offer “a more Cuban experience,” says Ray Jr. because the renters are living with locals that can help them navigate the city and even the country.

His manly fingernails are being smoothed out by the file as he says, “[I’m] happy, I live off of this,” referring to the business of renting out rooms in his apartment. Like many Cubans, that’s not all he does though he also makes videos that in turn get sold and allows him to make a bit of extra money. This seems to be the norm in Cuban society, no person works in one thing.

Clara not only works in making beds, but she also studied accounting and also went through a technical program to work in tourism as cleaning staff. Education in Cuba is free which she’s very thankful for because this allowed her to pursue a career she liked even though she saw no future in it money wise, unlike working in tourism.

Clara is 41 years old and only had one son because of her economic status. “I want to save enough money to renovate my home and be able to make it into a ‘casa particular’,” she quietly mentions. She’s hesitant to say this out loud and continues looking out for who comes in the hallway. Her goal is within the next four years to be able to have her own business and she sees it as a possibility because of the tips she receives from guests.

“[Americans are] some of my best clients, demanding but also help a lot,” says Clara, “since they know Cubans have the necessity they give tips and gifts, whatever they leave helps my family.” Whoever works directly with clients sees an increase in their economic status, they live more at ease because of it. This is a statement that is repeated and known within locals.

With Obama and Raul’s help in 2014, things started to ease up between Cuba and the United states. The Cuban locals have been affected by these decisions but mostly in a good way. “We’re better than we were 10 years ago,” says Ray Jr. now sitting on a rocking chair with his dad over hearing in the back sofa.

He, like many other Cubans, now has the opportunity to rent out his rooms as a “casa particular” although they are still paying high quantities of money for it. Ray pays 49 percent in taxes for his place. Although tax returns exist in Cuba just like in the United States, many times the government “forgets to do returns,” Ray sarcastically comments.

Ray had just finished saying the word hope and yet when asked what his hopes were for Cuba he took a long pause trying to find the right words but ended up saying, “I don’t know actually.” He avoided any political comment, similarly, taxi driver Verdecia initially said, “I don’t have hopes for Cuba, I have hopes for myself,” but then said he wished for the embargo to be eliminated in order to allow him to buy car parts for cheaper.

Many Cuban locals, especially those who work closely with tourists, wish to see the business of tourism expand. It has created an extra revenue that has allowed Verdecia to maintain his taxi, Clara to save for her own “casa particular” and Ray to continue having his independent business.