Communism, bad for whom? 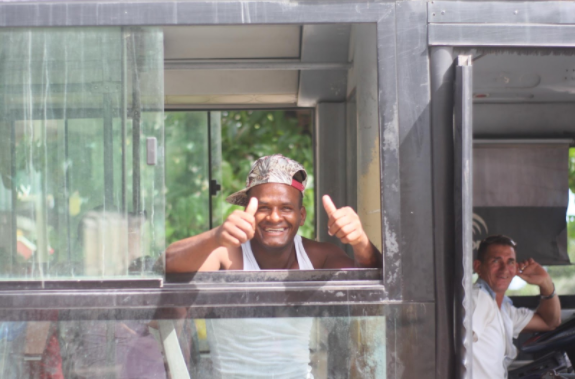 Stephanie Maniche, Contributor
Growing up, I always associated communism with being a bad thing and capitalism as being great. Sometimes in life, we just accept what we’re told if enough people are saying the same thing until we dig a bit deeper to find out for ourselves why we believe it.Today I question if the definitions are mixed up, not my thinking. I spoke to a few Cuban natives who helped put things in perspective for me when I asked them if they had the opportunity to come to the U.S. tomorrow, would they? The response was the same amongst all; an emphatic “NO!”

One lady explained to me that her health condition is one main reason why she wouldn’t go. She went on to say that in Cuba, the government provides free healthcare and free education. She even spoke about how once her roof was leaking, the rain was coming in, and the government stepped in to take care of it.

She told me how freedom for her was having her family and friends around her; this was all she needed in life.

I spoke to a gentleman who was sipping on his rum and enjoying a cigarette when we walked up.  I asked him the same questions about feeling free in Cuba and whether he would want to come to the states. He chuckled and said they have their problems in Cuba but he is content and he loves his life. He stated that he’s fine with following the path that life has taken him.  I equated this statement to one of my favorite poets, Mark Nepo, who speaks about not swimming upstream but to go with the current.

These people may not be able to pull their BMW’s or Teslas into the nearest Shell or Chevron to fill up but instead, have to trek for kilometers to get the gas and bring it back in what feels like triple-digit weather.  The richness they seem to have that we lack is peace.  The only question I have for today is the little boy in I took a photo of with his arms crossed.  I wonder if he will grow up to be Tesla or the guy trekking to get gas.

Perhaps while they’re looking through a 1950s television screen, they are seeing a much bigger picture than the latest and future inventions Silicon Valley has to offer.