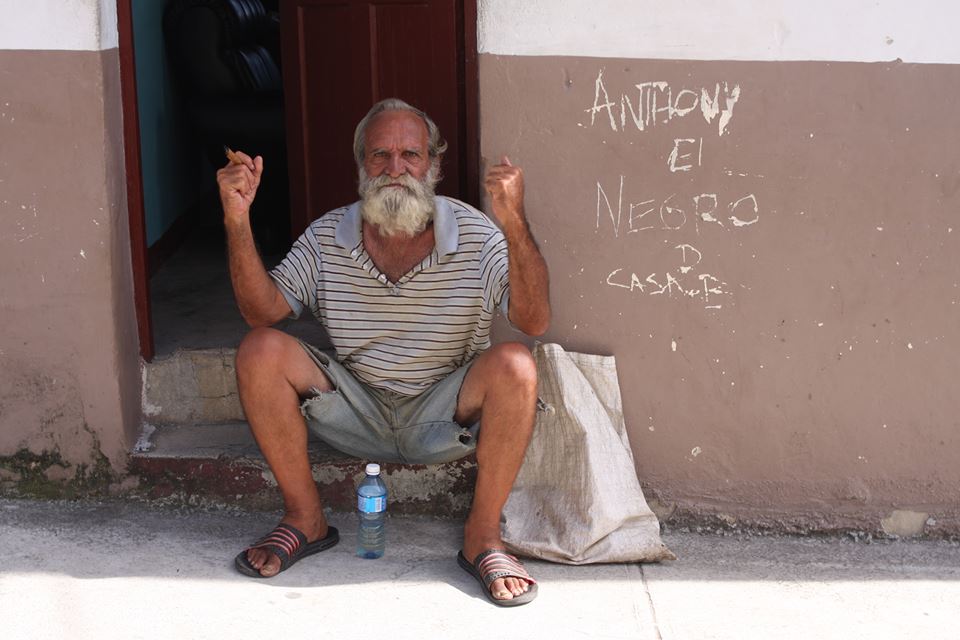 Havana is a mix between grey and white. I say grey because, unfortunately for some and a blessing for others, even the best parts of Havana aren’t what you would see in the United States.

Many of the hotels are built in the middle of run-down buildings in which people still live. Some businesses don’t even have the supplies to keep up.

When looking for a decent place to grab a meal, my friend and I ran into a small business called Dinos Olokku Pizza which seemed fine from the outside.

Walking in we saw eight tables that seated about four people each.

It was a very tiny establishment, but after looking over the menu and seeing they at least had pizza and sandwiches, we figured this would suffice for the night’s dinner.

While they played reggaetón music videos on a flat screen TV and even some American music, the doors to the kitchen were off the hinges and so the staff had to lift them in order to get through.

At one point both my friend and I debated how good an idea it had been coming in. In the United States things are very controlled and you would never see an official restaurant in these conditions.

Cuba is a country that is highly controlled by the government, and yet you find places like these that are very run down, although they are functional and serve good food.

Only a small pantry was visible in the establishment that stored minimal things such as rum, two kinds of chips and other one-brand products.

It really makes you think how the government is actually helping. Our food took about half an hour to come

Our food took about half an hour to come out, even though there was only another small family of three eating and three other locals waiting for their food. It was definitely a joint for the locals; many others came in just to talk with the owners and staff but would leave shortly after.

At no point did we encounter another group of foreigners or “yumas,” which is what Cubans call tourists.

Our meal was under 4 CUC – which is equivalent to about 4 US dollars – and turned out to be a very satisfying meal. I had a sandwich with cheese, ham and mustard which provided a kick.

My companion had a Hawaiian pizza that had a much more airy and thicker crust than we are used to but was just as good.

The next day I went back hoping for a sandwich to go but when I asked the lady she told me it wasn’t possible for me to get one because they were out of bread.

I was honestly shocked because half of their menu involved bread.

The restaurant system here is still a bit unclear to us outsiders, but there are two types: state-run and private restaurants. The state-run restaurants have menus regulated by the government and they can’t deviate from what is put on there. Both pay a lot of taxes to stay in business.

This place seemed to have been a private one because I would like to believe that a state-run restaurant wouldn’t run out of basic needs such as bread for the good of the business.

If the government is permitting this I wonder in what ways it is benefiting the people.