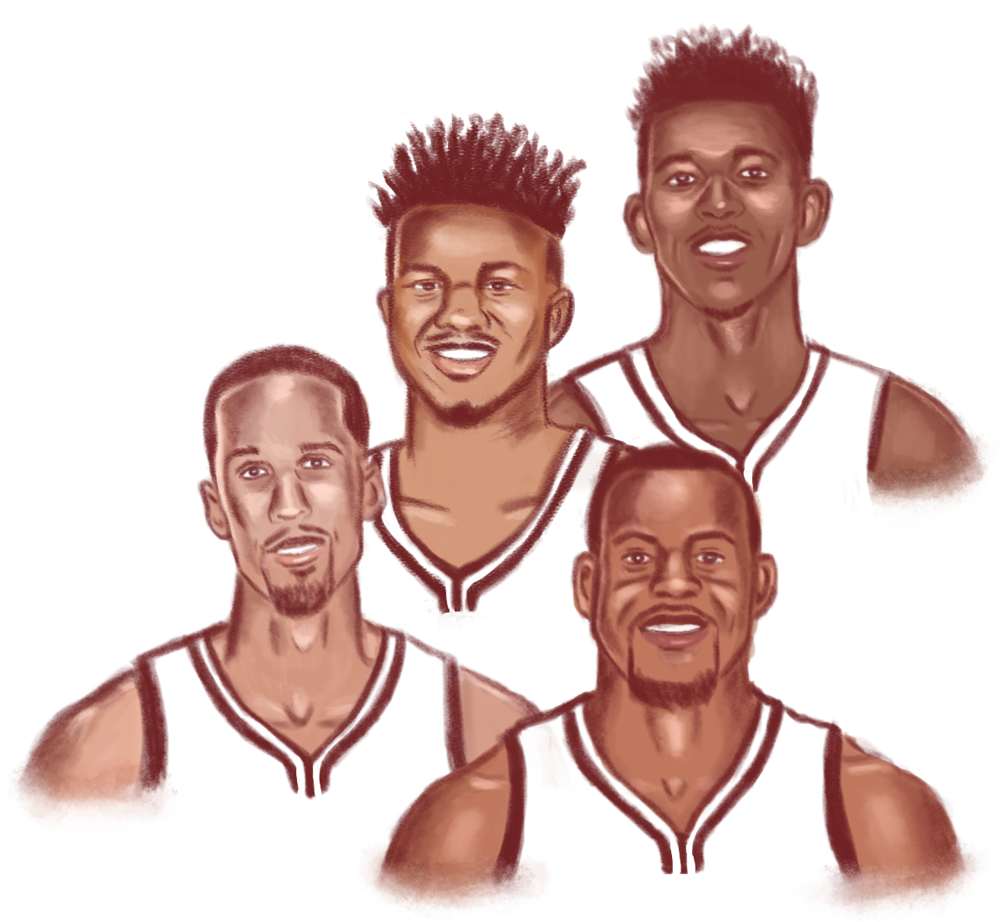 It’s the most exciting part of the NBA’s offseason: free agency.

Though seeing incoming players like Lonzo Ball and Jason Tatum play in the summer league is quite intriguing, there’s nothing like seeing the off season moves current players make in their free agency. And for the Warriors, free agency is going great.

No one wants to leave the Warriors. Why would they? The team is centered around unselfish basketball, they just won the 2017 NBA Title, and they are located in the Bay. It’s hard to compete with that.

Curry signed a 5-year, $201 million dollar deal with the Warriors ($40 million/year), making it the second richest contract in NBA history. He’s behind just one other player, Houston Rockets James Harden and his contract of 6 years, $228 Million.

Everyone loves talking about the stars. But what about the role players and how their signings are just as important as the core starters?

Perhaps one of the most vital signings the Warriors have received is Iguodala’s 3-year, $48 million singing. The shooting guard oftentimes gets overlooked by his superstar counterparts constantly in the spotlight, but he’s the second best defender on the team, behind Draymond Green, and he can produce when needed.

Shaun Livingston is another great re-singing for the warriors. The backup point guard signed a 3-year, $24 million deal. Livingston’s ability to hit shots and be a reliable back up, averaging 11.1 points, 5.3 assists and 4.2 rebounds over the past 3 seasons is important for the Warrior’s success and can give Curry a break when necessary.

A player that many NBA fans are not too fond of, due to his recurring ‘Dirty Play’; especially when he was accused of hurting the San Antonio Spurs Kawhi Leonard in the playoffs, is center Zaza Pachulia.

Pachulia signed a 1-year 3, $3 million deal with the Warriors and according to Twitter, many Warriors fans were unhappy with his return to the Warriors.

Unsigned Center Javale McGee seemed like the better option to fans. He’s more athletic, quicker, and has exciting moments with his dunks. But Pachulia’s willingness to take less money ($1 million less), drew the Warrior’s towards him and freed up cap space for players like ex-Los Angeles Laker Nick Young.

It was a surprise to see Young leave his hometown of LA, but it seems like the thing to do in the NBA these days is take less money and ring chase. Everyone wants to have that ring. The shooting forward signed a 1-year, $5 million deal and left the Los Angeles sun for the foggy Bay.

This was another great pick up by Golden State, another guy on their team who loves to shoot. He averaged 13.2 points on 40 percent three-point shooting for the Lakers last season, and with that said, the Warriors just got even better from deep and a little more swag with Swaggy P.

Golden State also resigned one of the Warrior’s leaders and veteran, power forward David West, for a 1-year, $2 million agreement. West is essential to the Warriors second unit, and sets his teammates up for success, with 250 pounds of strength and the ability to distribute as he averaged 6.4 assists last season.

In addition, the Warriors also gained small forward Omri Casspi from the Minnesota Timberwolves, who took less than half his salary (1-year, $2 million) to join the superstar filled team. This pickup gives the Bay Area squad another solid 3 point shooter, though he won’t play large minutes.

In free agency comes the loss of players, so not only did Golden State lose McGee, it looks as though they will also lose shooting guard Ian Clark, small forward James McAdoo, and small forward Matt Barnes.

Those losses aren’t a big deal considering the Warriors depth and new additions. And with the addition of Nick Young and their 2017 draft pick in power forward Jordan Bell, it appears to only add to this depth.

The Warriors will be even more of a force to be reckoned with next year. Young can shoot, and Bell is an excellent defender, shot blocker to be specific.

These additions and the resigning of players keep the Warriors as a favorite to win, despite the moves made in the West with Chris Paul going to the Houston Rockets and Paul George to the Oklahoma City Thunder.

Golden State simply has too much depth, unselfishness, some of the best shooters of all time, and the list goes on. The player ratio against other teams is too unbalanced to ever doubt them.