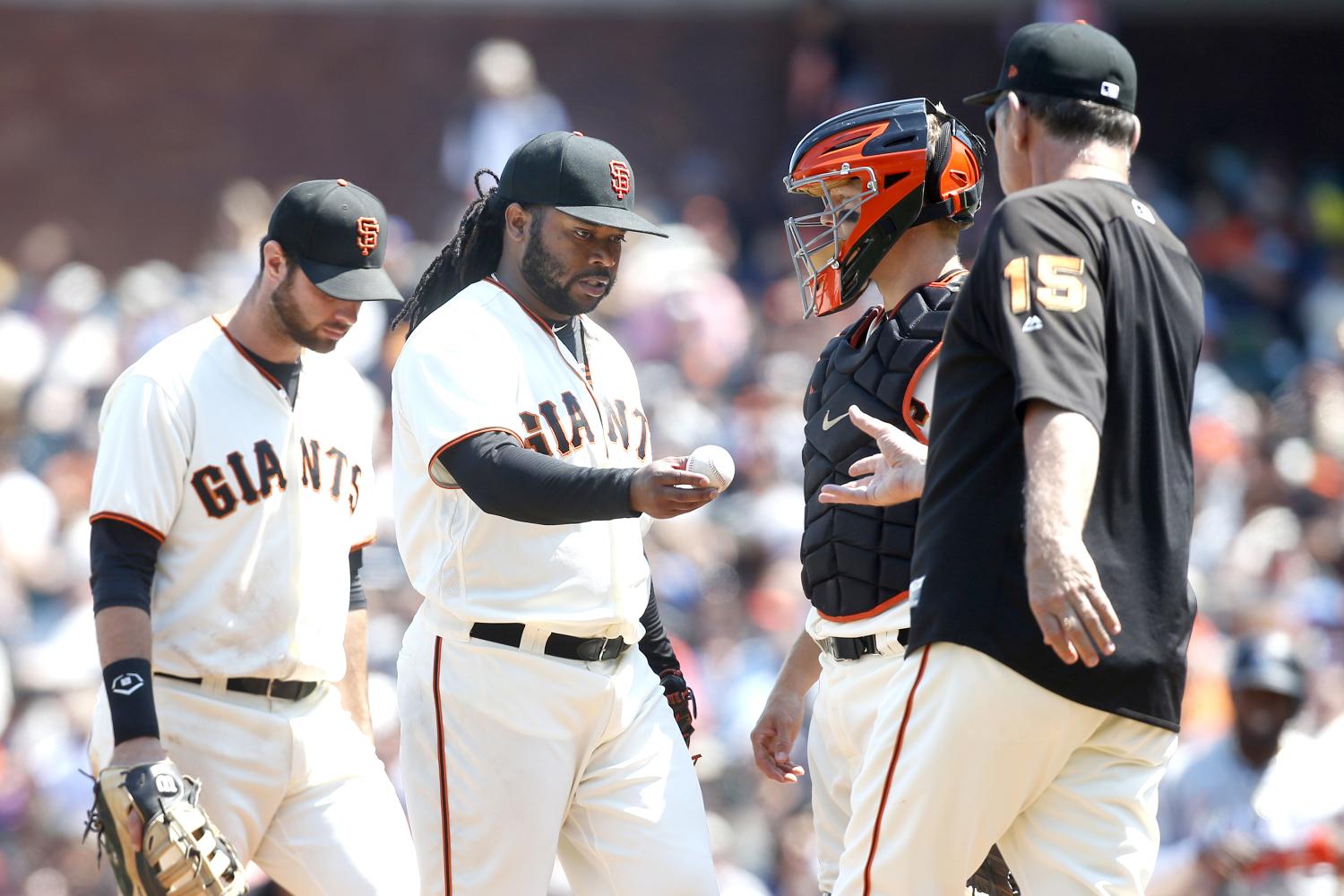 Halfway into the regular season, the Oakland Athletics are struggling to play .500 ball. Individually, however, players are having phenomenal years. The San Francisco Giants, on the other hand, could only hope to be so fortunate.

This season, the Giants lack a dominant presence in their starting pitching rotation. The problem began early in the season when Madison Bumgarner was in a dirt bike accident in which he injured his ribs and his throwing shoulder, according to ESPN. After that, it was a domino effect of problems with the pitchers. Johnny Cueto has failed to be a powerhouse starter on the mound like he has done in previous seasons with a record of 6-7 and an earned run average of 4.51. Matt Moore was playing decent ball last season with an ERA of 4.08 but has struggled to find his rhythm this year with an incredibly high ERA of 6.04.

Matt Cain has been trying to redeem himself since coming back from his injury but it hasn’t been successful with a 3-8 record and a high ERA of 5.56. Jeff Samardzija has been the Giants most consistent pitcher with an impressive strikeout to walk ratio of 127-14 but his weakness is giving up 17 home runs, a high number of home runs for any pitcher.

In addition to the starting pitching rotation problems, the bullpen is also suffering. Rookie Chris Stratton didn’t have a strong start to the big leagues with an 0-2 record and an incredibly high ERA of 9.00. Hunter Strickland has caused problems for him and the clubhouse due to his altercation with Washington Nationals right fielder Bryce Harper. It was an intense brawl that erupted between the two players after Strickland drove a 98 mph fastball into Harper’s hip and Strickland was suspended for six games, according to ESPN.

Seasoned relief pitcher George Kontos hasn’t performed to the level that he and the Giants are used to with a 0-3 record, his worst record since joining the team in 2012. Mark Melancon signed with the Giants in the offseason to provide some major assistance, which the Giants needed after their bullpen collapsed in last season’s game 4 of the National League Division Series when they fell to the eventual World Series champions, the Chicago Cubs. However, Melancon has been on the disabled list twice already from a right pronator strain; once in May for 10 days and once more in June. Melancon been a disappointment with a 4.35 ERA and just 11 out of 15 save opportunities.

The Athletics third baseman Ryon Healy is in the midst of a breakout season. Healy is a player who has major potential at the plate proving that with 19 home runs, a batting average of .272 and 52 RBI’s in 85 games. Healy has proven to be a great addition to the roster and with more experience should have stronger play.

Last season, left fielder Khris Davis played exceptional ball by hitting 42 home runs, batting .247 and knocking in 102 RBI’s in 150 games and this season is no different. Davis leads the team in home runs with 24, has a batting average of .244 and has 60 RBI’s in 60 games.

The Giants are currently in last place in the National League West with a 34-56 record. They’ve had one of their most frustrating starts and in order to get back to playing high level ball that they’ve been used to over the last six years, players need to be healthy and have more of a consistent role on the field. The A’s are in last place of the American League West with a 39-50 record, a position that they’ve unfortunately been in before. However, the future of the A’s is looking good once these young potential stars get some experience and playing time.