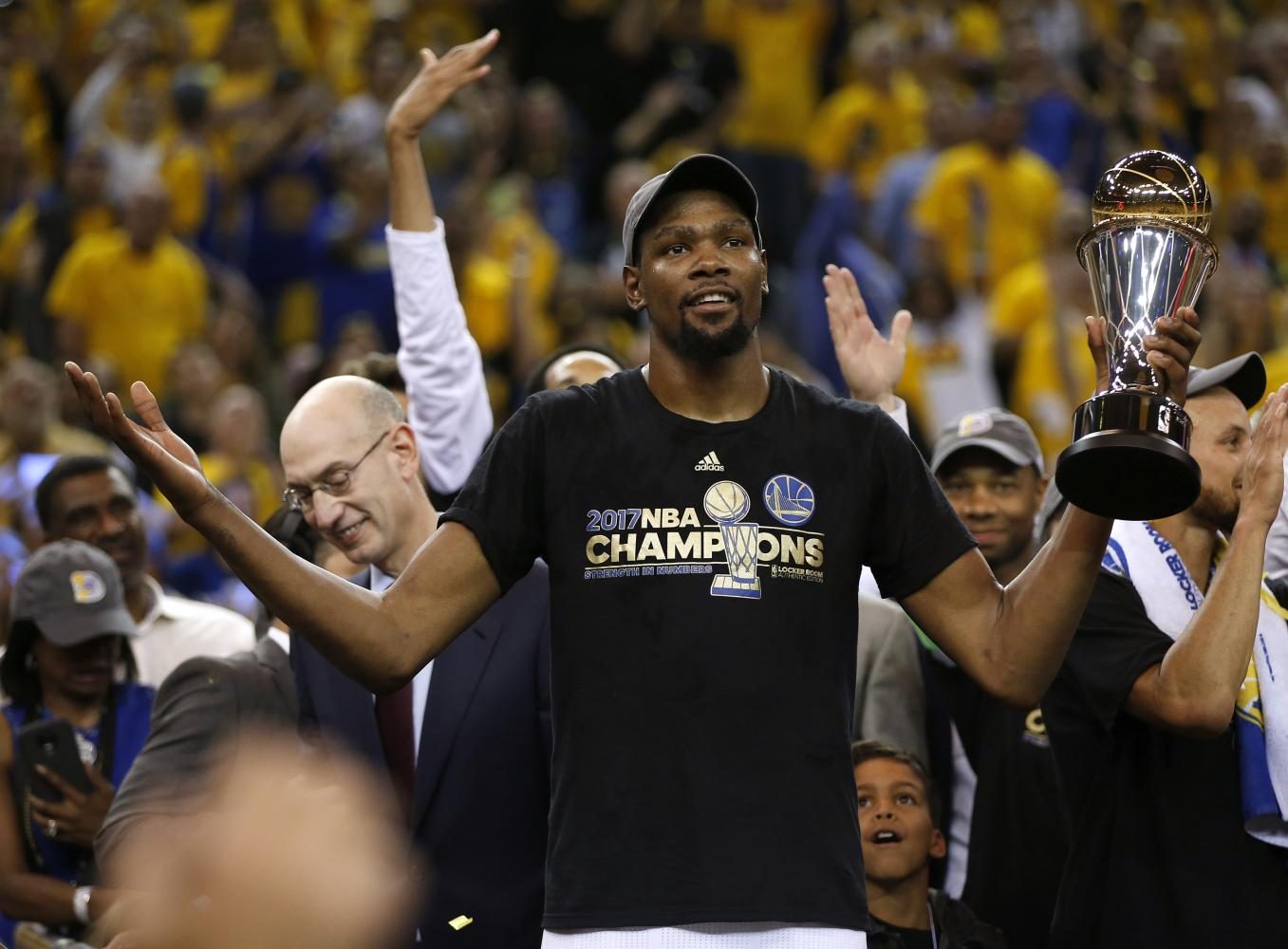 Last Thursday’s NBA Draft proved once again that owner Joe Lacob wasn’t far off when he declared that the Warriors front office was lightyears ahead of everyone else in the NBA. As arrogant as that may have sounded, the Warriors continue to make very smart, strategic moves.

Last year, they bought the 38th pick in the draft from the Milwaukee Bucks, allowable under the rules of the NBA, to select guard Patrick McCaw from University of Nevada, Las Vegas for $3.5 million. McCaw turned out to be a versatile player who performed above expectations on the biggest stage in the NBA Finals.

This year the Warriors did the exact same thing by obtaining the same 38th pick; However, this time it was from the Chicago Bulls, and Golden State selected Jordan Bell from the University of Oregon for the same amount of money. Bell was a three-time Pac 12 first team defensive player and was the Pac 12 defensive player of the 2017 year. Bell averaged 10.9 points per game, 8.8 rebounds per game, 1.3 steals, 2.2 blocks and has a free throw percentage of 70.1 percent.

For guys like Barnes and Pachulia, they may go wherever they can get the highest payday since it may be their last contracts as their careers are nearing the end. Barnes stepped in nicely as a fill-in for Kevin Durant when he hyperextended his left knee in a game against the Washington Wizards.

He helped the team as a solid defender and someone who could pass the ball and score when the opportunity presented itself. However, Barnes is in his late thirties and that could be his downside; his age has restricted some of his athleticism and quickness.

Pachulia has been a solid center replacement for former Warrior and now Dallas Maverick Andrew Bogut, with an average of 5.7 points per game, 2.3 assists and a free throw percentage of 87 percent. Pachulia’s strength is that he’s a big, strong guy, but lacks the ability to finish strong at the rim.

Livingston is another free agent and said publicly he would love to stay, but if another contending team throws a high paying contract his way, he may bolt for the money and what might be the last contract of his career.

McGee had his most productive season in years and became a fan favorite. He may want to stick around to develop his role, but who knows what kind of offers he may receive in free agency. Clark is going to receive some serious attention from teams; he’s been a solid performer in clutch moments of the game. Whether he stays with the Warriors or moves on, it will be something to keep an eye on since he plays a lot of minutes off the bench.

Iguodala might be the most important piece of the puzzle this year since he’s available to leave to the highest bidder if that’s what he chooses to do. More than likely one of the playoff contenders that has available cap space will throw a large salary at Iguodala that might be too hard to resist for a player who’s probably looking at his last contract before he retires.

Curry, a two-time NBA champion and MVP, will obviously be resigned at a max deal, which he earned through his play that resulted in two championships in three years and a league MVP last season. He’s been with the Warriors since they drafted him in 2009 and has established himself as a superstar not only in the Bay Area but around the world. According to ESPN, Curry could sign a monster five-year, $207 million contract which would be $41.4 million a year. A significant upgrade from his four-year, $44 million contract that he signed with Golden State in 2012 and never complained about.

The Warriors have several questionable issues to deal with, especially when it comes to bench and role players. The good news is that Durant, MVP of the NBA Finals and future Hall-of-Famer, has opted out of his contract to sign for less money in order to free up some salary cap space and help sign other key players, according to ESPN. The fact that that he would even consider to do this tells you how unselfish he is and that they are all looking at the bigger picture, which is of course to win more championships and create a dynasty.