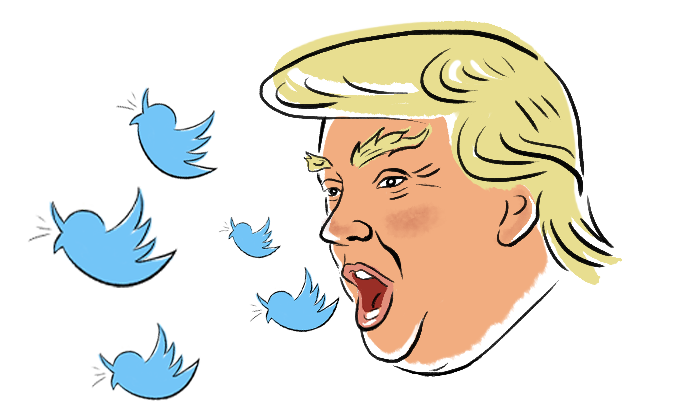 Social media is a blessing and a curse.

Sure, it’s great to stay in touch with family and friends, but it can also be an overload of information.

Personally, I don’t need an update of your life every minute of the day, but it does help people be transparent, somewhat.

The President of the United States, Donald Trump, takes the use of social media to new levels with his Twitter account, briefing the country on legislative updates and his own personal stances daily, in 140 characters or less.

Trump has nearly 33 million followers and has treated them to more than 35,000 tweets that range from sending out the nonword “covfefe” to his most recent debacle on Friday where he stated, “I’ve helped pass and signed 38 Legislative Bills, mostly with no Democratic support, and gotten rid of massive amounts of regulations. Nice!”

Critics and Twitter users were quick to correct the president, informing him that he actually signed 38 Executive Orders, which are not Legislative Bills.

I love that Trump constantly gives us access to the office of the president, but these mistakes make our leader look like an amateur politician, which he is.

This is what happens when someone who has been a citizen all his life with no experience in office takes a chance at politics. Things are going to be rough and messy, but at what cost?

I love all of the access we get, but at the same time, I don’t. It is almost embarrassing to have our leader spouting out inaccuracies on a social media platform. I don’t remember Barack Obama, or any other president for that matter, ever making mistakes on social media like Trump does.

I’m not some crotchety old man. I know social media is part of the world and here to stay; I don’t hate it. But I hate that the leader of our country is using it to yell at people, scold the media and pat himself on the back for the mess he is creating in our country.