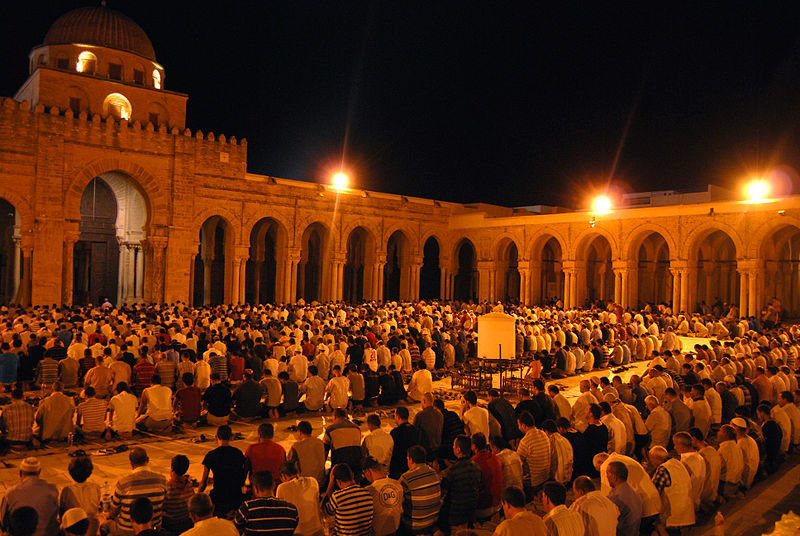 As a Muslim American, I was taught from a young age the importance of celebrating the Holy month of Ramadan. In Islam, we are taught to fulfill the five pillars: Faith, Prayer, Charity, Fasting, and pilgrimage to Mecca. Ramadan, during which we are not supposed to eat for the majority of the day, is meant to fulfill our fasting commitment.

The Holy month of Ramadan began for Muslims in California on May 28 and ends at the end of June. Nothing, including water, is consumed until the sun sets, which is about 8:30 p.m. The idea is to strengthen one’s relationship with Allah (god in Arabic) and cultivate self-discipline. Each evening, the fast is broken with an iftar—or dinner—meal.

I’ve been doing this every year since I was 14 years old, and I can say it is tough but it’s also very rewarding.

When I fast, I feel good about myself, and it’s not just about food. During Ramadan I try to cut out bad habits like using bad language, which has to be my number one bad habit, especially when I get angry. I also let go of grudges and try to see the good in people. In our faith, Allah wants you to better yourself in every way, not just this month but throughout your entire life. Nobody is perfect and there’s always room for improvement.

Ramadan is also challenging because it makes me feel tired and lazy. Normally I exercise at the gym for an hour Monday through Friday, but while I’m fasting I limit my gym visits to twice a week, and can only go late at night after I’ve eaten. But I know the gym will always be there and I can always get back to my old routine once Ramadan is over.

After Ramadan ends, Muslims around the world gather with their family and friends to celebrate Eid. Eid is a celebration for Muslims who have finished the month of Ramadan. We wear new clothes and eat meat and sweets. It’s a happy feeling, especially for children, who typically receive money.

In the Holy Quran, the Islamic religion is one of peace, which is why it makes me sad to see reports of the recent attacks in London and Manchester. Attacks like these give innocent Muslims like myself a bad name.

President Donald Trump banned Muslims with an executive order released in March, which instituted a 90-day ban on people entering the U.S. from six Muslim-majority countries; Iran, Libya, Somalia, Sudan, Syria and Yemen, according to NPR. Trump doing this has really made me look at how uneducated that decision was.

Every religion has its good and bad people; you can’t blame the whole religion of Islam for the terrorist acts of a few.

During high school I lived in Livermore for one year. When I was in class a Hispanic girl looked at me and said, “it was you people who bombed us in 911.” She literally blamed my people for that incident. I was born and raised in the Bay Area. My religion is a religion of peace and love. My mom wears a headscarf to this day and some people give her dirty looks or assume she can’t speak English. In Islam, wearing a headscarf is a way to show modesty, the way nuns wear their a veil and habit as religious clothing. The Holy month of Ramadan should open people’s eyes who judge Islam and Muslims. If you do your research on Islam and the Holy Quran, you will see what Islam is really about and not believe what the media tells you.