A new “CORE” for East Bay 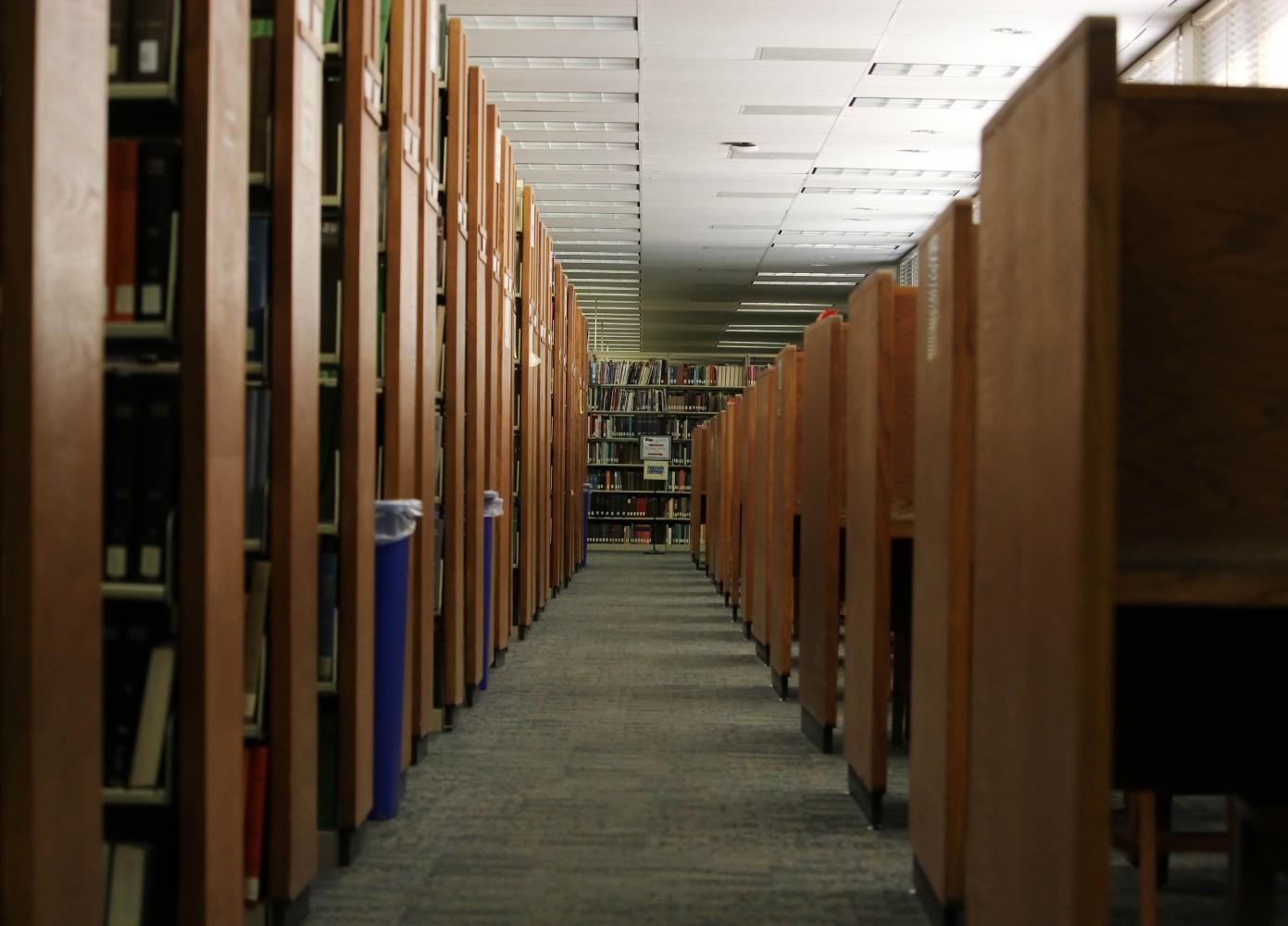 Just four years after Warren Hall, Cal State East Bay’s former largest building, was imploded due to seismic vulnerability, the campus is preparing to replace another relic in 2020 due to similar safety concerns.

The Hayward campus library building, which was constructed in 1971 and is number five on the CSU’s 2016 list of seismic priority retrofit listings, has been slated for renovation since 2006, according to the project’s pre-design process document.

CSUEB President Leroy M. Morishita announced the university’s plans to build a new library facility at a kick-off gala for the rebranding campaign, “Rising in the East” on Sept. 24.

The Facilities Development and Operations department commissioned Ratcliff Architects to conduct a Feasibility Study last May, which revealed that constructing a new building would be more feasible than retrofitting the nearly 50-year-old existing one, according to Jim Zavagno Associate Vice President of the Facilities and Operations Department.

The budget for the new building is approximately $82 million and it would cost around $120 million to retrofit the old building, according to CSUEB Provost and Vice President of Academic Affairs Edward Inch. “The existing facility could be made to work, but it still would not have met needs and was fairly expensive,” said Inch.

The feasibility study found that in the current Library, 41 percent of the floor space is dedicated to student services. Retrofitting the existing space would’ve only increased the usable space to 47 percent, according to Inch.

There are no plans to demolish the existing library at this time and its usability will be contingent on the planning process of the new facility, according to John Wenzler, Dean of Libraries at CSUEB.

University officials are temporarily calling the facility “The CORE,” an acronym for “Collaborative Opportunities in Research and Engagement.” It was named for its planned location at the “core” of campus, between the current library building and the RAW Center where the portable Support Temporary Offices buildings now stand, according to Wenzler.  It is unclear where these offices would be relocated if the CORE is constructed at this location.

The project will be funded in part by a bond issued by the CSU and the campus itself, according to Zavagno. Campuses are required to contribute at least 10 percent of the cost of a total project under the new Chancellor’s office funding model for capital projects, according to Zavagno. For this project, the state would contribute as much as $75 million and the campus would have to raise the remaining approximately $7.5 million through fundraisers, said Zavagno.

While the source of the campus contribution hasn’t yet been finalized, Zavagno confirmed that student tuition and fees would not be used.

The “Rising in the East” campaign, which aims to raise $60 million to increase student access to internships, mentoring and technology, could assist in the fundraising process, said Inch.

The new building will ideally double as a library and a “21st Century Learning Center,” meaning it will give students more opportunities to work with cutting-edge technology, according to Zavagno.

The project is still in the early stages of development, so details haven’t been finalized, but Wenzler said this could include collaborative spaces where students and staff could use 3D printers, produce videos or record presentations. This new ‘library’ may also be open 24 hours a day.

“We’re trying to figure out what a 21st Century Learning Center will look like,” said Wenzler. “These are things that other libraries are doing right now.”

Other colleges that have adopted similar centers include the Mary Idema Pew Library at Grand Valley State University, which opened in June 2013, and UC Berkeley’s 24-hour Moffitt Library, which opened Nov. 2, 2016.

In April, President Morishita appointed 12 people from various campus departments and organizations, including the Library, Facilities and Development, Student Affairs, and ASI, to a committee to conduct surveys, workshops and focus groups to determine which services the new facility should provide, according to Wenzler.

Students reportedly want longer hours, more places to plug in computers, more study rooms and more comfortable seating, according to a survey distributed in May to 3,000 students, which yielded 157 responses.

There are currently 10 group study rooms in the Library and 1,156 student study seats, serving the 15,528 students that attend East Bay, according to Zavagno.

Last year, from July 1 to June 30, a counter in the library clocked 1.1 million visits to the building during the year, according to Wenzler.

At present, the proposed new facility would be 100,000 square feet, while the current library building is 150,000 square feet, according to Zavagno. The space difference has raised concerns amongst librarians and other members of the committee about the new building’s potential functionality.

Gr Keer, East Bay’s Online Learning & Outreach Librarian, said that based on the number of students at East Bay, the building needs to be at least 250,000 square feet to comfortably accommodate them. Keer said that at the current proposed size, if the space was filled only with seating and no other furniture or students, there would still not be enough seats for all of the students.

“The Library faculty and staff’s main concern is that the proposed building provide enough student workspace,” said Keer. “We want to make sure that the students are fully supported by new building. The size issue is based on the fact that we have a lot of students and staff who need to use the library.”

The first phase of the planning process focused on what services would take priority in the new building, which could include study spaces, tutoring and collaborative work spaces, according to Inch. The next phase will address the space and design of the facility and focus on which services will go where into the space. A survey was sent out on Tuesday to collect feedback on this part of the process, according to Inch.

Throughout the process, the committee will make recommendations to the Cabinet in the Office of the President and the President himself, who will make the final decisions.

Storage of the print collection has also been a major topic of discussion, according to Keer. There are currently 700,000 physical print books in the library. The possibility of a smaller facility has posed questions about where to store the books, which Keer said can’t be left alone.

“Sometimes there’s a misunderstanding that everything’s available online, but it’s not,” Keer said. “Some things are only available in print and we have to collect in print.” Separating the books between the two library buildings, one of the proposed solutions, would make it difficult to maintain an efficient paging system and would split the library staff, according to Keer.

While the “the CORE” is looking to become more technology-based, Keer said that books are still a necessary fixture in libraries in 2017. “There’s this an idea that libraries never change and are a sort of antiquated, old-fashioned idea, but they have always been responsive to the times,” said Keer.

“We were the first department on campus to go online and teach online,” said Keer. “Librarians invented hashtags—the subject headings in a library catalog are basically a hashtag, and library catalogs were the original search engines. Technology has always been a part of what libraries do and I think it always will be.”