Westbrook deserves to be most valuable player 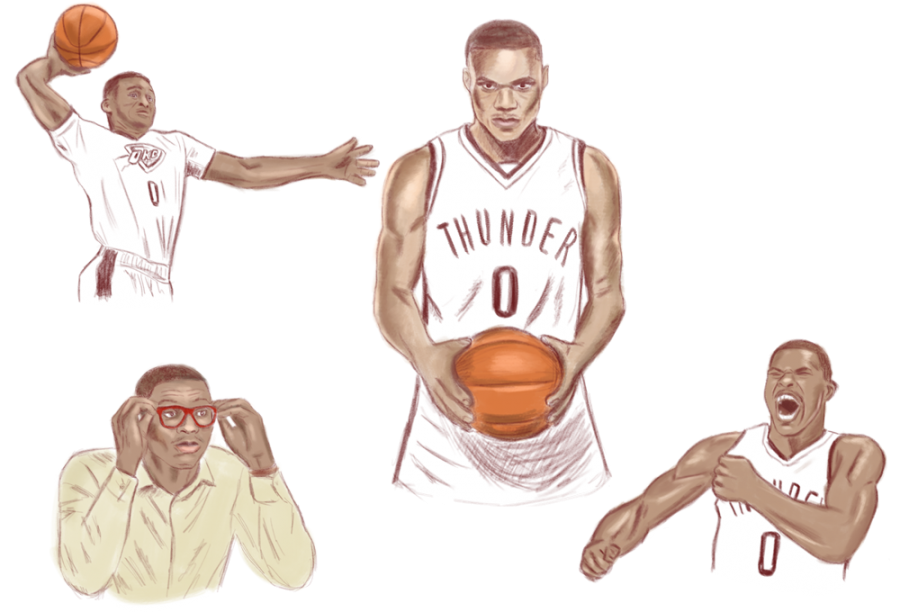 The Los Angeles native made NBA history with those numbers, and did it with ease. Westbrook averaged a triple-double with 31.6 points, 10.7 rebounds, and 10.4 assists per game for the 2016-2017 NBA season. He is only the second person in NBA history to accomplish this, along with the legendary Oscar Robinson who last did it in the 1962-1963 season.

As if that wasn’t enough, Westbrook broke the record for the most triple-doubles in a single season with 42 and also claimed the league’s scoring title.

Can we say most valuable player?

Westbrook acquires every attribute of what an MPV embodies; he does it all. He’s unselfish, runner-up in assist leader’s, and he smothers players on defense. He generally gets the job done by any means.

Yet an abundance of NBA fans and critics believe the Houston Rockets’ shooting guard, James Harden, should win the award instead of Westbrook.

It makes sense. They have a lot in common numbers wise; and at one point both of these guys were on the same team from 2009 to 2012 with the Oklahoma City Thunder.

Harden has turned himself into an offensive force to be reckoned with throughout his career as he’s averaged 29.1 points, 8.1 rebounds, 11.2 assists per game this season and led his team to a third-place finish in the Western Conference with a record of 55-27 overall.

Granted those are great numbers but they don’t compare to what Westbrook is doing. He lost one of the top three players in the league and former teammate Kevin Durant but he took on the leadership role and has carried the Thunder to the playoffs as the sixth seed with an overall record of 47-35.

The record is not as pretty as Harden’s with the Rockets — nor is being the sixth seed — but losing Durant left a huge hole in his team that he has filled almost seamlessly.

Durant moved on to a team with players like Stephen Curry, Klay Thompson, and Draymond Green in Golden State, where he has a much easier role to fulfill than he did in Oklahoma.

Harden is on a squad with players who contribute much more than Westbrook’s teammates. Harden has shooting guard Eric Gordon who is averaging 16.2 points and power forward Ryan Anderson who is averaging 13.6 points and 4.6 rebounds. Newly added shooting guard Lou Williams averages 14.9 points per game while shooting guard Trevor Ariza has put up 11.7 points, 5.7 rebounds, and 2.2 assists per game. It’s safe to say, Harden has much more help than Westbrook. Harden has help across the floor and board, especially when it comes to shooters, while Westbrook does not.

Westbrook has just one other solid scorer in Victor Oladipo who averages 15.9 points and 4.3 rebounds, and they have a strong center in Enes Kanter, but it is not what Harden has.

You need help across the board; James has that luxury, Russ does not. Westbrook is literally carrying the thunder on his back and is doing so at a high level.

This is why he is the most valuable player. Without him, his team would not even be a playoff contender.

The Thunder cannot win without Westbrook, they barely win games with him averaging a triple-double. Houston can survive without Harden with the amount of scorers and big men they have, but without Westbrook the Thunder would be terrible

When you factor in all of these reasons, it is clear that Westbrook is a force. He is a leader, he is a game changer and he is the MVP.