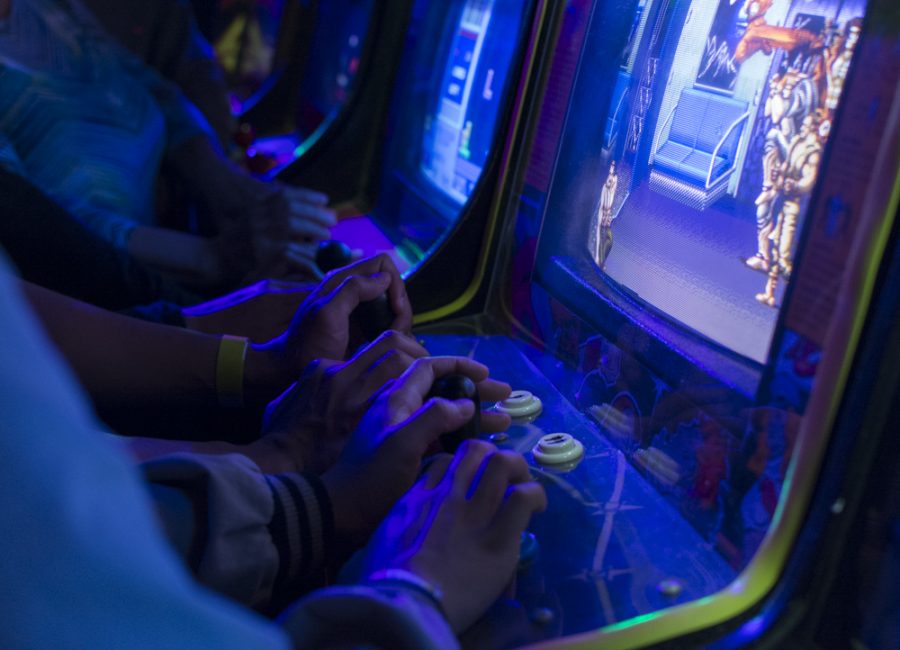 I started playing video games when I was around nine years old. My first gaming system was the grey, rectangular Gameboy by Nintendo. As I got older I played with more portable systems, specifically the Gameboy Advance SP, the Nintendo DS Lite and lastly the Nintendo DSi.

Those kept me busy until one day in my mid-teen years I lost interest and wanted to move on to the next level of gaming: consoles. First I had the Wii, then I moved on to a Playstation 3 and now I have a Playstation 4. While I wasn’t playing video games I owned, I played arcade games every chance I got, especially “Star Wars: Trilogy Arcade,” air hockey, pinball machines and racing games.

I recently found about the High Scores Arcades in Alameda and Hayward. There’s an arcade in San Francisco, which I thought was the only arcade option, but High Scores Arcades are local options for anyone living in the East Bay like myself. It’s exciting to know that I have the option to go to these places because they are close by and inexpensive. I enjoy that I get a chance to play older games, some of which I remember playing when I was younger.

I went to the Alameda arcade for my 20th birthday and I was surprised by what I saw. The best part was that it didn’t cost much to get in, the cashier just asked for a $5 donation and after that they put a paper band on my wrist and I was free to play games for one hour. I expected to need quarters or special tokens but all I had to do was press a button to get started.

My aunt, my mom and my cousin Staton joined me in the arcade. My mom played Galaga and Pac-Man the most since she is a pro at both games. I think Staton had as much fun as I did, since he played platforming games like Donkey Kong with his mom and a Street Fighter game with another boy his age. I played one of the shooting games the most and a few boys part of a different family briefly joined me. Playing on my own is fun but playing with someone else is better.

When I first went to the Hayward Arcade on a Friday in fall 2016. While the ‘80s decor and vibe was about the same, the space was smaller and narrower, but somehow there was enough room for a center row of games back to back.

I was so glad to know that arcade games from the past 30 years have been saved and passed on to new and experienced gamers. I was able to play games I had only heard of and games I had not played for years. These arcades are a great option for anyone looking for a different or nostalgic gaming experience, especially students on a budget in Hayward and Alameda who want to play games from different times at a reasonable price. Gamers of all ages can find something to play at these arcades while getting a sense of how much video games as a whole have changed.

With this current generation of games everything is driven by stories, sharp graphics and gameplay options. High Scores offers a return to simplistic games that have players focus on usually one goal while admiring the graphics that each game is technically capable of.