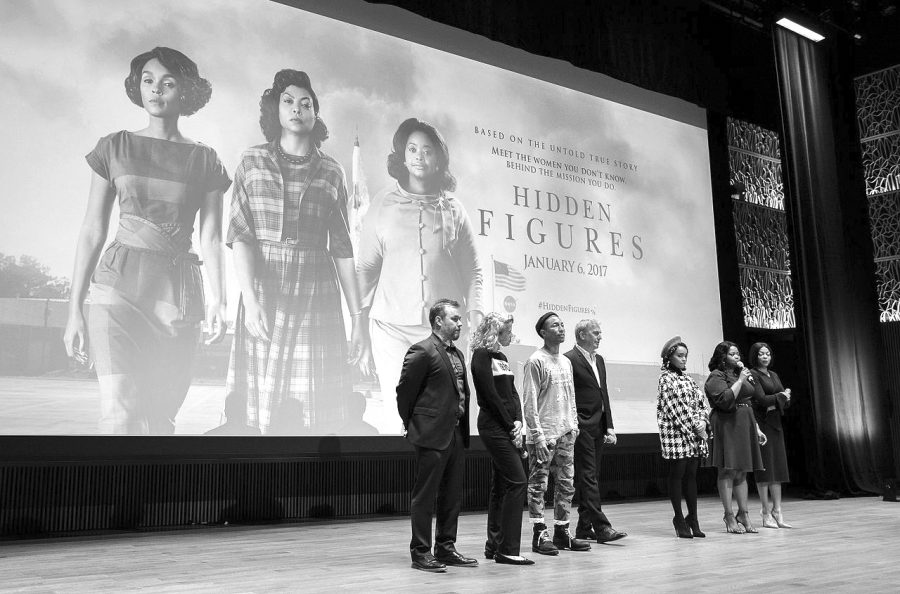 On a recent Sunday, I saw the film “Hidden Figures” at a small theater in El Cerrito with my mother. I had heard great reviews about the movie and I love the leading actresses — Taraji P. Henson, Octavia Spencer and Janelle Monae — who portray women engineers in NASA’s Project Mercury that launched astronaut John Glenn into orbit in 1962, among many other missions. Keeping with the spirit of Black History Month, I felt this was a great film for my mother and me to watch.

I walked into the small theater filled with a large crowd of both women and men of different races and ages. I was surprised by the diversity of the crowd. It was so packed that my mother and I had to sit in the front row.

The first scene painted a picture of the 1960s, from the clothing to the cars. I felt a mixture of emotions as scenes jumped from comical to serious. Bouts of sadness and anger arose in me as I watched the segregation and coldheartedness towards the women of color in the NASA program; particularly the scene of Katherine G. Johnson running to and from her desk to go to a colored bathroom in another building half a mile away. I couldn’t help but think about what it must have been like for my African-American grandparents and great-grandparents at that time.

Besides the sadness, I also felt a sense of pride and motivation as I watched these gifted women use their talents and drive to defy the odds and accomplish one of the most significant feats in American history.

Although segregation wasn’t that long ago, so much has changed since 1968 that it’s hard to picture not being able to go to the bathroom wherever I wanted or having to go to a “blacks only” library.

“Hidden Figures” was based on the nonfiction book of the same name by Margot Lee Shetterly. The movie was directed by Theodore Melfi, who co-wrote it with Allison Schroeder.

As I watched the different reactions from the crowd, I wondered what others of different races felt watching the same scenes and whether anyone in the audience had experienced the same things the film portrayed. The film ended with a round of applause. After the movie, my mom reflected on her own dreams as a child and how her career could have played out differently.

“I feel [cheated],” my mom said. “If I would have known about these women when I was growing up, I would have done more to pursue a career in science.”

My mom always wanted to be a biologist because she loved science. She wasn’t a genius in the subject, especially not in math, but she would have at least tried if she had had more African-American role models in the field. She ended up finding a career as a preschool teacher, which she loves.

Schools often teach about the same historical figures over and over and fail to acknowledge the many black men and women who made contributions to science, technology, mathematics and other fields.

“At most schools you’ll be lucky to get a lesson beyond Martin Luther King’s dream and Rosa Parks’ defiant bus ride,” blogger Dion Rabouin wrote in a 2013 article for the Huffington Post. “Perhaps some devoted professors will pay a nod to Booker T. Washington or Jackie Robinson or, in recent years, President Barack Obama, but that seems to be about where it ends.”

It’s important that schools have a curriculum that encompasses the wide scope in which blacks made advancements and contributions. We need to learn more about individuals like St. Elmo Brady, the first African American to obtain a Ph.D. degree in chemistry in the United States. He also established undergraduate curricula and graduate programs for four historically black colleges and universities.

Young people — especially in the black community — who dream of becoming a biologist, engineer or physician could benefit from having role models like the women at NASA for motivation.

“I feel it’s too late for me to become a biologist but I’m glad I learned about these women now,” my mom said on the drive back home from the theater.

Neither one of us had any prior knowledge about the women at NASA until we saw the film. I realized just how much of our history is hidden.

We need to see a major change in the way we are taught about black history.