‘America First’ will leave us last 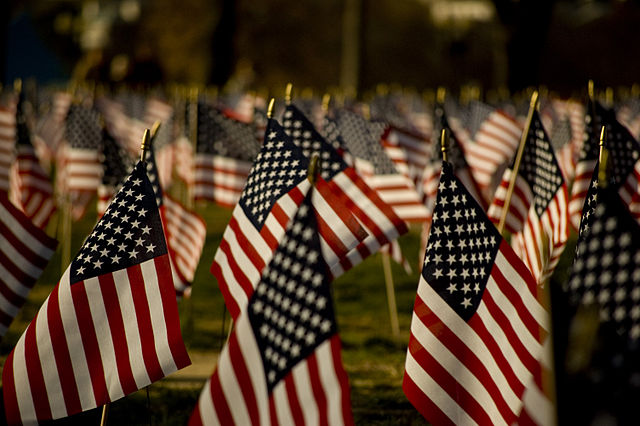 I was fortunate enough to study abroad in Madrid, Spain for the 2015-2016 school year. Spain has experienced an economic recession since 2007 and yet I saw the people of Madrid — Madrilenos — going about their everyday lives with vigor: they still indulged in “tapas,” took their afternoon “siestas” and their soccer teams continued to be top ranked.

Life was easy and stress-free. Madrid never seems to sleep: college students from all over the world are often out enjoying themselves at clubs that stay open until 6:00 a.m. Of course as an international student, I went out often, and every time people abroad heard I was an American they would inevitably ask about Donald Trump, many not content with him running for president.

The U.S. primaries took place while I was living there, and we were able to cast our votes through the organization Democrats Abroad. We returned to the U.S. in time for election day. We were all so shocked and hurt from the decision that almost half of the United States made and resulted in Donald Trump becoming the 45th president of the United States.

President Trump said in his inaugural address on Jan. 20, “I will make America first.” He also claimed his presidency would be about “transferring power from Washington, D.C. and giving it back to the [American] people.” My whole life I experienced living in “two cultures at once” and that’s how I always looked at the states. A country that accepted me for who I was. Trump though, has made decisions and comments that threaten those American ideals of inclusivity.

Having lived abroad, I experienced life differently than in the states. I come from Mexican immigrant parents and was born in the states. Seeing the states from outside of the U.S. opened my eyes even more. Everything I experienced overseas, especially creating such a diverse group of friends, has made me question the decisions of President Donald Trump.

Trump recently signed executive orders to build a wall along the Mexican/U.S. border, temporarily banned entrance to visa holders from seven predominantly Muslim countries and has threatened to retract federal funds from sanctuary cities. His actions leave a lot to question.

The words on the Statue of Liberty, our nation’s symbol, reads “Give me your tired, your poor, your huddled masses yearning to breathe free…” I agree, we should protect our borders but not in the way he is doing. We can not forget to show compassion to those in need.

These people risking their lives to come to the U.S. in boats and across deserts in hopes of a better life and we dare reject them? I can not fathom the idea that President Trump believes he gets to pick and choose who is “deserving” of being called an American. I’m in disbelief that some of these people who are banned have visas. They are already considered legal residents, nevertheless, they have to go through yet another vetting process.

When I was abroad, I met people from all over the world: Morocco, Mexico, Germany, you name it. My friend and I were headed to Budapest but there was a delay with our bus. We started talking to others waiting, including some from Pakistan and Istanbul. I don’t run into people from these countries too often in the states but talking to them made me realize how we’re all so similar. We are all college students, working for a career we love. Religion and race didn’t even matter. This is what traveling does, you’re able to relate to people that you otherwise would have never met.

According to CNN, only 30 percent of Americans hold a valid passport. That leaves 70 percent of people unable to travel abroad and leave their comfort zone. This could affect the mentality and tolerance of others. If we take a look at the United States of America and how states vote in elections, we note that states with less diversity tend to go Republican. I’m not stating there’s a direct correlation between diversity and voting liberal, but I do believe that being exposed to differences in culture, religion, race, etc. changes the way we think. You become sensitive to other’s cultures and views by living how they do.

We are afraid of the unknown and sometimes do not visit certain places because the U.S. state department deems it “dangerous,” where in fact they are full of culture and provide a different outlook on life. If Americans visited these places, it could possibly humanize them. Paris, London and Rome are advertised and idolized by American culture. According to U.S. News these are the top 3 destinations for Americans in Europe. U.S. News is a website that offers its readers information to improve quality of life, including travel tips.

Trump, in my eyes, has accomplished one thing: dividing true American people. He won the election by instilling fear of minorities to half of our population and they bought into it. He has managed to make us question the person sitting next to us. He is a danger to America’s democracy. I can not see America progressing by closing ourselves off to people that only hope to find a better future. We can not be okay with sitting in the comfort of our homes and not doing anything to help our neighbors.

These people are human too, with our same hopes and dreams. When we get to talking to people and finally put our prejudice behind, then we can move forward as a country. I encourage students to study abroad and people to travel. It is truly such an enlightening experience. Open your mind and open your heart.