California to become a country? 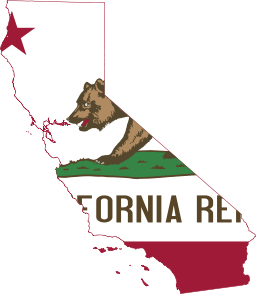 It’s been less than a month since President Donald J. Trump took office and talk of “Calexit,” a movement where the state would secede from the rest of the country, is already picking up steam.

Ballot measure campaign committee Yes California started the the Calexit campaign in November after Trump was officially elected president, according to The Sacramento Bee.

The campaign was founded by Louis J. Marinelli, an English language teacher who has taught English as a Second Language in the U.S. and Russia for the past decade, according to Yes California.

Some have pointed out that other states have attempted to exit the United States without success. Following former president Barack Obama’s reelection in 2012, Texas attempted to secede from the U.S. under the “Texit” initiative, in the same fashion as The United Kingdom’s “Brexit” vote that withdrew the nation from the European Union, according to The Guardian.

Since his election, protests have rocked the country and Californians who oppose Trump have not shied from expressing their dissent. Fourteen California cities held their own peaceful protests in support of the Women’s March on Washington on Jan. 21, according to the movement’s website.

Despite California’s vocal opposition, the state has managed to fly under Trump’s radar until last week, when he threatened to cut federal funding to the state in light of legislation that would make the state a sanctuary state for immigrants, according to NBC Bay Area news. If passed, the legislation would also exempt local law enforcement from complying with federal immigration laws.

The initiative follows Trump’s executive order to ban all Syrian refugees indefinitely as well as Muslims from seven different “terror-prone” countries from entering the U.S. for 90 days, according to CNN.

Last week, Trump also threatened to defund UC Berkeley after campus protests against Milo Yiannoupoulis, a controversial provocateur and the senior editor at Breitbart, a right-wing news, opinion and commentary website, resulted in vandalism on Feb. 1.

Yes California is working to collect the necessary 585,407 signatures of registered voters needed by July 25 to push the initiative all the way to the 2018 November ballot, according to the Yes California website.

If Calexit receives enough signatures in time, Yes California would again ask California voters how they feel about secession through an independence plebiscite, a direct vote through which citizens of a country express feedback on a political proposal, on Mar. 5, 2019.

One in three Californians favor the secession initiative, according to a Reuters Poll published earlier this month. Yes California directs people to pledge their support through online petitions, volunteer opportunities, events and a donation portal.