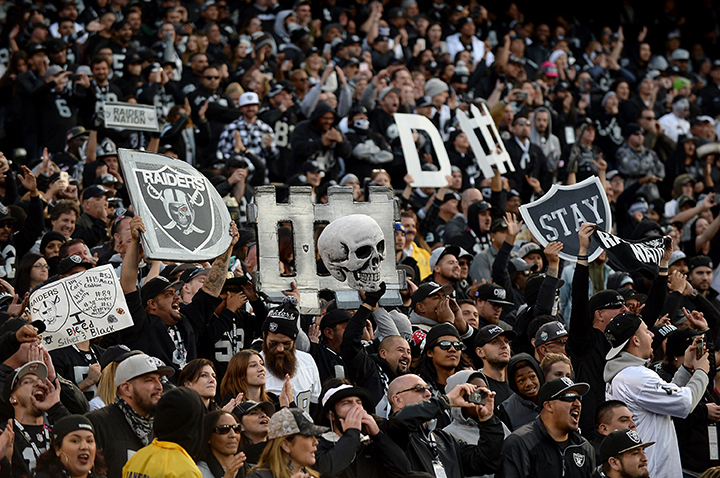 The NFL season may be over, but the Raiders are still making headlines: investors at the Goldman Sachs Group, Inc., an investment banking, securities and management firm, and casino mogul Sheldon Adelson have withdrawn their investments in the Oakland team’s new Las Vegas stadium.

The withdrawals came three days after the Raiders proposed a lease that would require them to pay $1 in annual rent to the Las Vegas Stadium Authority for its capital investment into the construction of the stadium, per the Stadium Use Agreement.

The rent proposal was initiated by the Las Vegas Stadium Authority Officials without talking to investor Adelson, which caused him to retract his offer according to ESPN.

“It’s clear the Raiders have decided their path for moving to Las Vegas does not include the Adelson family…So, regrettably, we will no longer be involved in any facet of the stadium discussion…” Adelson told the Las Vegas Review Journal. Adelson is the CEO and founder of the Las Vegas Sands Corporation, the parent company of many of Las Vegas’s casinos like The Venetian.

The Raiders also released a statement on Jan. 30 addressing Adelson’s withdrawal. The Raiders thanked the Adelson family for everything they did to help with the relocation to Las Vegas. Despite the lost investments, the Raiders said they would uphold their agreement to Nevada’s Governor

Brian Sandoval to pursue a relocation in Las Vegas. The proposed stadium has a price tag of $1.9 billion, and Adelson had initially pledged $650 million to the project. Goldman Sachs investment hinged on if Adelson was going to go through with his investment to cover any cost overruns.

The rest of the money was going to come from Nevada visitors and the NFL, according to the Southern Nevada Tourism Infrastructure Committee’s stadium proposal. Although Adelson’s withdrawal may seem negative since they are losing out on $650 million of their funding, there is actually something positive from his decision to drop out. The NFL has a rule that an NFL owner is prohibited from having an ownership interest in a casino, so that the fans know there are no influences on the players or coaches to throw the game for monetary purposes, according to League Spokesman Greg Aiello.

Raiders owner Mark Davis now has to figure out how to acquire the additional funding for the Las Vegas stadium or work with Davis to come to an agreement for a new stadium in Oakland.

The vote for or against relocation will be made by the NFL Owners Meetings in late March. Even if Davis decides to move forward with the stadium in Las Vegas he would still need 24 out of the 32 owners to vote in favor of relocating, which still looks promising if they can manage to find the investors.

With Los Angeles no longer an option since the San Diego Chargers relocated there on Jan. 12, if the Raiders don’t get approval to move to Las Vegas in March from the NFL owners, Davis will have to look for a new city or try to work out a deal with Oakland.