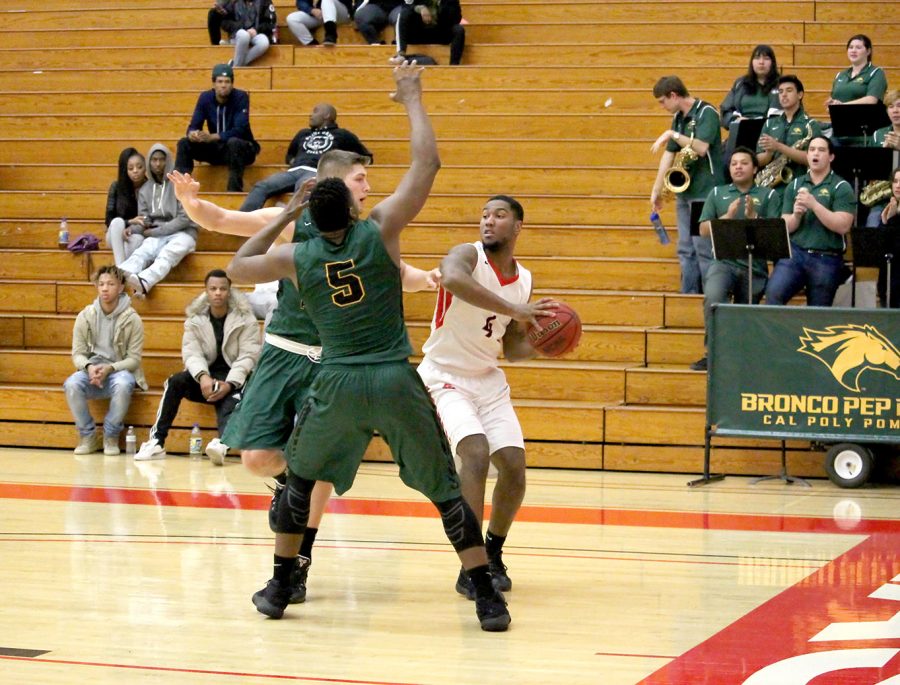 Foul shots, turnovers and missed shots was all you saw over the weekend from the California State East Bay men’s basketball team.

The season started with promise as they completed a seven-game winning streak early on and made their way up in the NCAA Division II rankings, but since California Collegiate Athletic Association Conference play started, the team has experienced problems and defeat.

“Turnovers, rebounding and fouls have been a key issue in our losses,” senior guard Paramvir Singh said. “It is never a good sign if we have more turnovers and fouls than the other team. All of our games have been really close, so it is ultimately a matter of one rebound or one turnover.”

In their back-to-back games on Friday and Saturday against Humboldt State University and Cal Poly Pomona respectively, the Pioneers went 0-2 in close, frustrating games.

Friday they faced a team they lost to earlier in conference play, Humboldt State University (10-10 overall, 5-8 conference) in a game that was full of fouls. The two teams compiled a total of 45 fouls in the game.

In the first half, senior guard Jalen Richard sparked some momentum for the Pioneers when he hit a three-pointer with 10 minutes left that put East Bay up 22-19. From then on, the men kept the lead and added some excitement with a fast break dunk from freshman guard Druce Asah and another dunk from junior center Kyle Frakes.

In the second half, the Lumberjacks got the best of East Bay due to the number of foul shots. With 3:38 left, the game was tied at 72, but Humboldt’s last 13 points were all from the free-throw line and ultimately gave them the 82-79 win.

“Fouls are going to be called because we are a really physical team and we focus on being tough and physical in our practices,” said sophomore guard Juwan Anderson. “We have to adjust to the way the refs are calling the fouls throughout the game because some refs think physicality is fouling.”

Richard had his seventh game in a row of double-figure points, with 18, 12 of them on three-pointers. Asah and senior forward Micah Dunhour also added 18 points and Frakes had 12 points and 8 rebounds.

The next day East Bay faced Cal Poly Pomona (7-10, 5-8). This matchup saw a total of 59 fouls in what turned out to be a slow, frustrating game.

The Pioneers went into the second half leading the game 28-23, but again it was their second-half play that got them in trouble.

The Pioneers saw their lowest shooting percentage of the season, at 29.4 percent from the field.

“We have to be more in control and stay poised when things are not going our way,” Singh said. “We need to play defense without following and follow the game playoff staying solid on defense and making more winning plays. It is essential that we get stops without it leading to a foul in order to keep a rhythm going.”