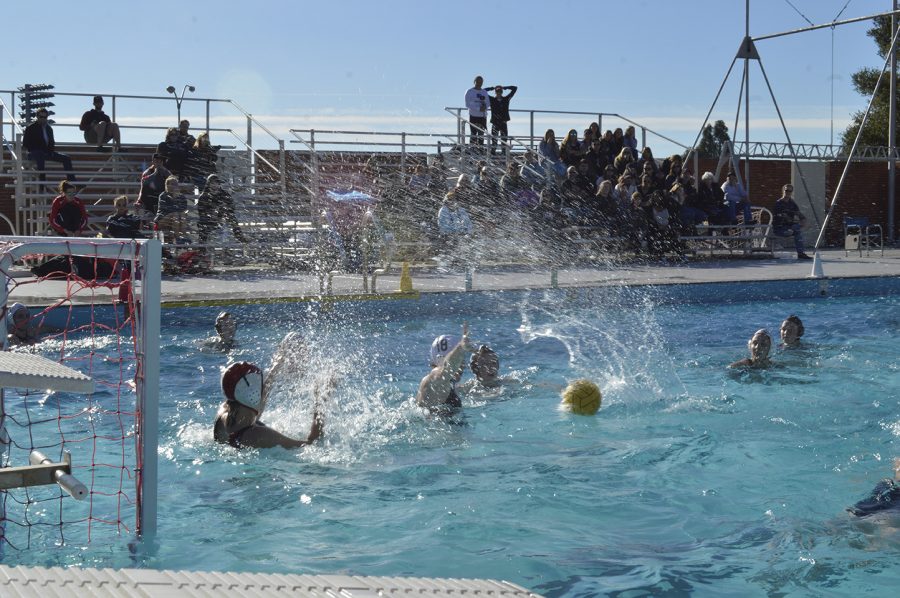 After months of pre-season preparation, the California State East Bay women’s water polo team earned its first victory of the season against Fresno Pacific on Saturday.

“It feels good to finally be playing against someone that is not ourselves,” said senior utility Rocio Fesembeck. “And to have our season opener be a win makes it even better.”

“We have been training and conditioning for 4 months,” said Bill. “It was mentally and physically draining during that time, but we overcame it and came out to play with a great mindset.”

Fresno Pacific earned their first goal before the quarter ended, which put the score at 3-1. Senior two-meter Olivia Mackell scored on the very first position of the quarter and put the Pioneers back up 4-1.

Fresno Pacific then bit back as they scored 2 consecutive goals, closing the score to 4-3. East Bay looked as if they were starting to slack, but two late goals by the Pioneers put them back up 6-4 as they went into halftime. In the second half Fesembeck came alive for East Bay as she scored 4 goals in the half, 2 in the third quarter and 2 in the fourth quarter, on only 5 shots.

“Our mindset going into the game was counter, counter, counter and that is what I did,” said Fesembeck. “Take advantages of every opportunity and eliminate mistakes on the defensive end.”

In the final quarter, Fresno Pacific outscored the Pioneers 4-2, but East Bay’s strength in the first 3 quarters gave them the advantage over the Sunbirds. The Pioneers pulled off the 12-9 win and start off their season 1-0.

The team scored 12 goals on only 23 shots, and the Pioneers senior goalkeeper Nikki Vaughan had a total of 11 saves and two wins. East Bay have their season home opener on Sunday against California State Northridge, who is ranked number 24 in the NCAA Division II.