Raiders could be ‘Just Moving Baby’ 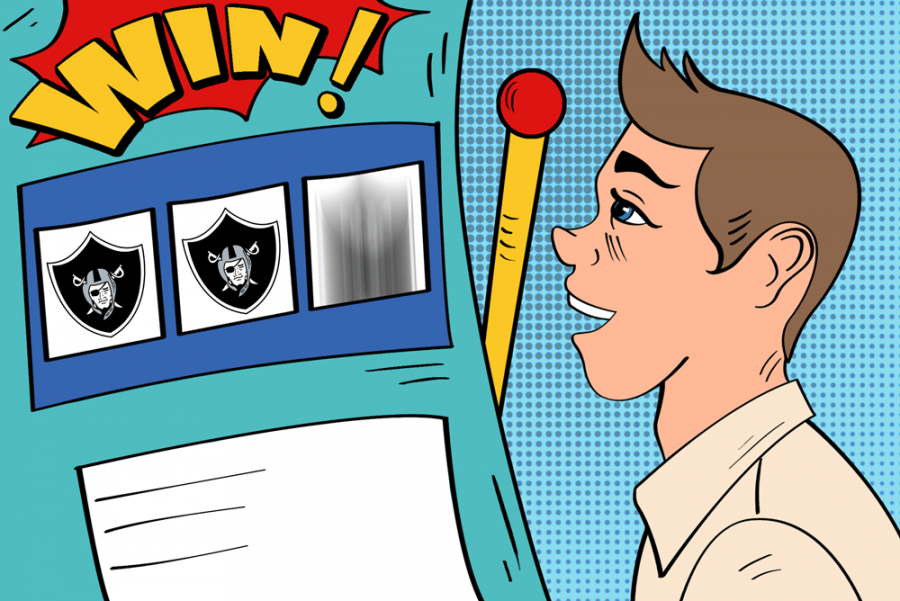 Two NFL teams have changed cities in the past two years, and now there may be a third; the Oakland Raiders officially submitted the relocation papers to move to Las Vegas on Jan 18th.

One obstacle remains: Twenty-four of the 32 owners must approve of the move. The vote is set to take place at the annual owners meeting in late March.

Just last year there was talk about the Raiders potentially moving back to Southern California to share a stadium with the Los Angeles Rams. But they had to wait for their division rivals, the San Diego Chargers, to decide whether they were going to stay in San Diego or move to Los Angeles. The team announced on Jan. 12 they will formally become the Los Angeles Chargers next season.

Back in October, the Nevada senate proposed a bill that would allocate $750 million from public investment to help move the Raiders to Vegas. That bill was met with an astounding 35-7 vote in assembly and a 21-0 vote in senate. Nevada Gov. Brian Sandoval signed the bill with a huge smile, and standing alongside with a smile to match was none other than Raiders owner Mark Davis.

According to the Southern Nevada Tourism Infrastructure Committee’s proposal, the stadium would sit over 65,000 seats, 100 executive box suites and become one of the few NFL stadiums with a dome. The stadium would cost over $1.9 billion to construct and would be financed from the $750 million from public investment, $650 million from Las Vegas Sands Corporation and the final $500 million coming from the Raiders and the NFL.

As reported by multiple media sources, including the SFGate, Hall of Famer and former Raider, Ronnie Lott, is leading a project with his investment group called the Oakland City Pro Football Group, along with Oakland Mayor Libby Schaaf, to keep the Raiders in Oakland. Lott and his group are proposing to actually rebuild the Oakland Coliseum instead of moving the Raiders.

First reported by the Associated Press, the proposal by the Lott Group and Oakland would cost upwards of $1.3 billion in renovations. Three-hundred-fifty million are coming from the city, the Oakland City Pro Football Group is contributing $400 million and the Raiders and NFL are contributing $500 million, with the NFL already pledging $300 million for the Raiders. There are just two small problems. The city and the county are already in debt $103 million for previous renovations done to the coliseum.

The other problem? That Davis really wants to be done with Oakland and move onto Vegas, for the reason that he “felt disrespected by the city of Oakland” in their attempts to keep the Raiders. As the city “kept raising the rent two or three times” as stated by Davis, and would never give them a true home and instead keep leasing the stadium to the Raiders for a few years at a time.

When Davis signed the bill, he said he hoped that he could change the nickname of Nevada from the Silver State, “To the silver and black state.”