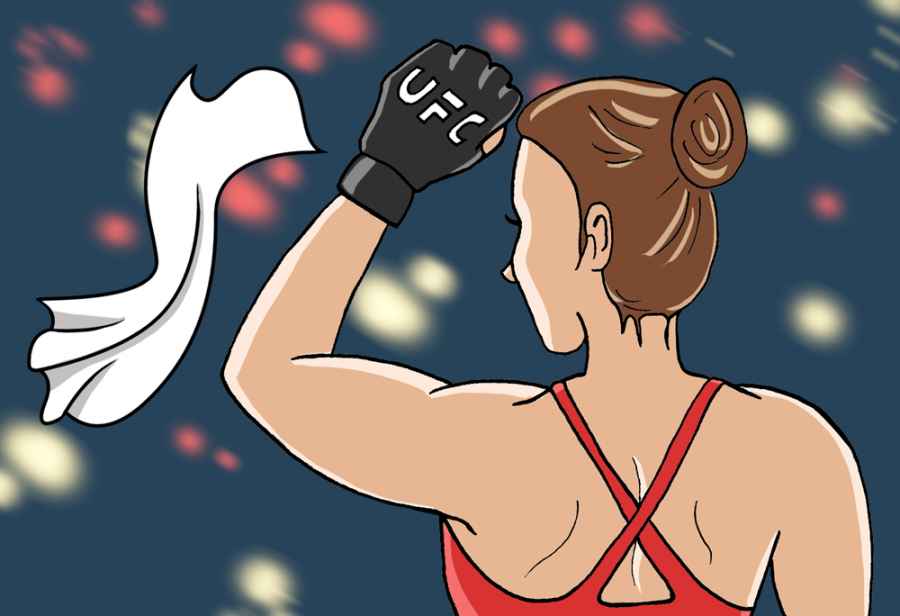 The pioneers of women’s MMA are phasing out to make room for new blood.

First it was wrestler Miesha Tate, who briefly held the bantamweight belt last year after three years in the UFC, and stunned fans with her retirement after she lost to Raquel Pennington at UFC 205 in November.

Many Rousey fans, including myself, expected her to call it quits, but so far she’s still in it, for now.

For more than four years, Rousey was famous for doling out under-a-minute defeats, not experiencing them.

In fact, nine of her 13 professional fights lasted a minute or less, and eight were won by arm bar submission in the first round, according to the UFC.

After her first professional loss to national boxing champion Holly Holm at UFC 193 in Nov. 2015, Rousey walked away from the fight with a jacked up jaw and a shattered self-image, later sharing on The Ellen Show that the loss caused her to contemplate suicide.

Just over a year later, fans like myself anticipated a comeback. However, while Rousey was re-learning how to eat apples due to her injuries, a power shift developed behind the scenes.

Rousey’s loss to Holm was the catalyst that opened the metaphorical door to the championship belt for the first time in three years and allowed fighters like Nunes to rise through the ranks and claim it.

Rousey was the first female fighter in the UFC and her iconic rivalry with Tate predates their career with the organization. In 2012, Rousey beat Tate for the bantamweight championship title in Strikeforce, an MMA organization based in San Jose.

UFC President Dana White took notice and signed Rousey in 2012, automatically awarding her the bantamweight belt. Fighters like Rousey and Tate earned their place in the UFC as strong athletes in their respective martial arts; judo and wrestling.

However, MMA isn’t a one-skill sport anymore and fighters like Nunes have mastered the art of versatility.

Nunes specializes in jiu-jitsu, but she’s a powerhouse in her standup game; an overall well-rounded fighter.

Rousey’s biggest mistake when taking on Nunes was trying to out-box her, waiting for the opportunity to get her to the ground where she would likely beat her; a fatal hesitation.

As a result, Rousey was tossed around the octagon like a punching bag and looked like she’d never fought a day in her life.

Despite the cringe-worthy loss, Rousey collected a $3 million purse for that fight, while Nunes only received $200,000.

The betting odds before the fight showed Nunes as the underdog, despite the fact that she was the Champion.

A name like Rousey’s goes far in professional MMA; however, it did nothing to help her win the fight.

A Rousey retirement would not come as a shock, and maybe it’s even necessary. Maybe it’s time, like Tate said when she announced her retirement after her loss against Pennington, to hand it over to the next generation.

“It’s not my time anymore, it’s the future’s time,” Tate admitted as she pointed at her victorious opponent.

Women in the UFC owe the opportunity to fight at the professional level to pioneers like Rousey and Tate, yet they’re beginning to beat their idols at their own game.

If Rousey retires, it will truly be the end of an era, but also proof that women have earned their place in professional MMA.